The Bank of Korea has put the nation's potential growth rate at 2.5-2.6 percent next year.

"I think it may be difficult to reach the level of the potential growth rate," Finance Minister Hong Nam-ki told reporters after meeting with ambassadors from the Association of Southeast Asian Nations (ASEAN) in Busan, 450 kilometers south of Seoul.

The Organization for Economic Co-operation and Development and the International Monetary Fund have forecast South Korea to expand next year by 2.3 percent and 2.2 percent, respectively.

The Seoul government plans to release its 2020 growth outlook in mid-December.

In a press conference held on Monday, Hong said the government will execute policies to achieve a growth rate of over the 2.2-2.3 percent range.

Asked if Japan's restrictions on exports of key industrial materials to South Korea have affected the deteriorating gross domestic product forecasts, the minister said, "There seems to be an impact." 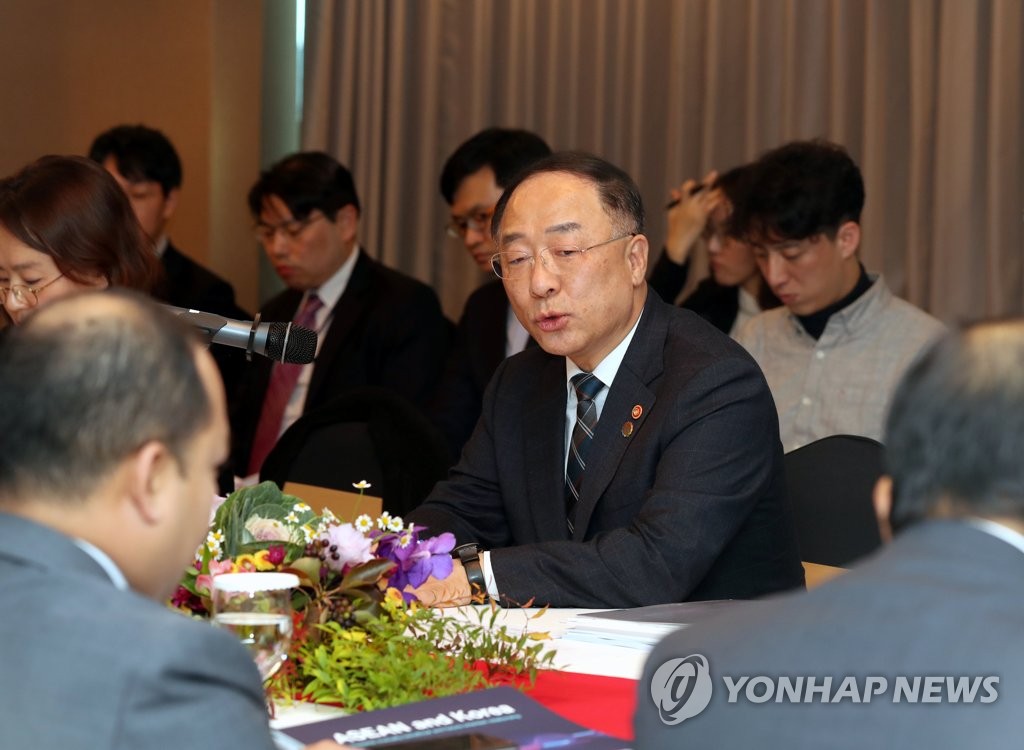