TOKYO, Nov. 15 (Yonhap) -- South Korea has qualified for the baseball tournament at the 2020 Summer Olympics.

South Korea defeated Mexico 7-3 on Friday in the Super Round of the World Baseball Softball Confederation (WBSC) Premier12 at Tokyo Dome in Tokyo. 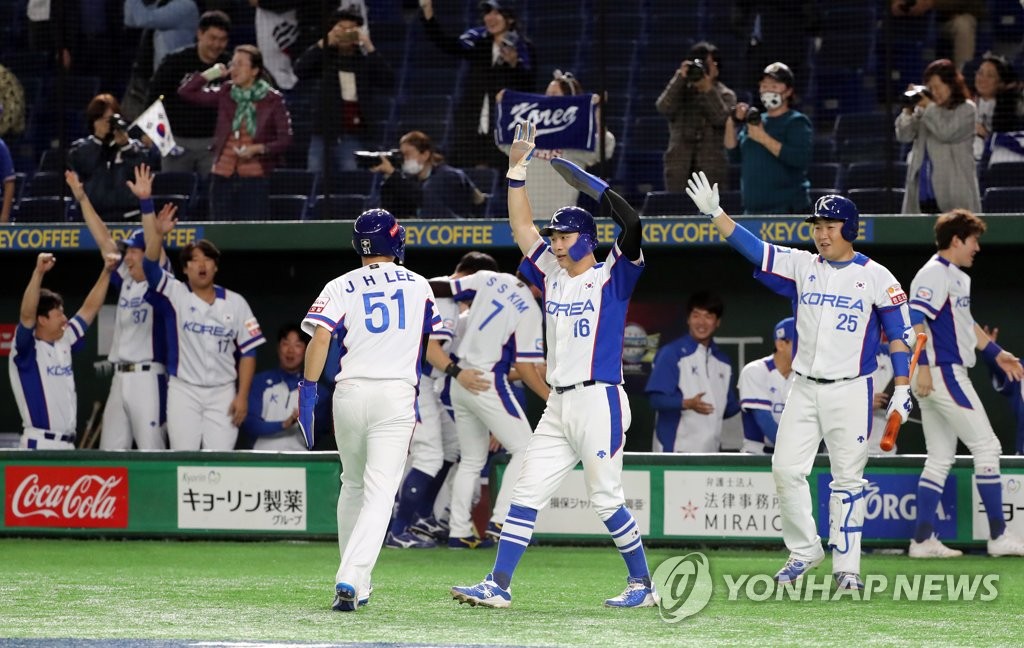 The Premier12 is also the qualifying event for the 2020 Tokyo Olympics for Asian/Oceanian and American countries. With Japan already in the Olympics as the host, South Korea had to rank ahead of Chinese Taipei and Australia here to punch its ticket to the Olympics.

South Korea improved to 3-1 with Friday's win, while Chinese Taipei dropped to 1-3 after falling to the United States 3-2 earlier in the day. These results ensured Chinese Taipei won't get past South Korea, with both teams having one game left. Australia (1-3) also won't be able to catch South Korea.

South Korea won the last Olympic gold medal in baseball in 2008. The sport wasn't contested at the next two competitions but will return for Tokyo 2020.