The air contest at Wonsan Kalma Airport on the North's east coast was "held by way of letting all the aircraft equipped with maximum armament conduct bombing flight and firing flight under the command of the formation flight by the flight commanding officers," according to the Korean Central News Agency in English.

After watching the show, Kim expressed "great satisfaction" with the flight commanding officers who "fully demonstrated the invincible might" of the leader's "flying corps."

Kim urged all pilots to be "fully ready for effectively applying" air tactics to operations and battles, adding it is important for them "to possess high level of aviation, bombing skill and marksmanship by systematically conducting flight drills on a normal basis under the simulated conditions of an actual war in the severest condition."

"Our pilots have to try to fight the enemies armed to the teeth with great idea and tactics under any circumstances," Kim was quoted as saying. 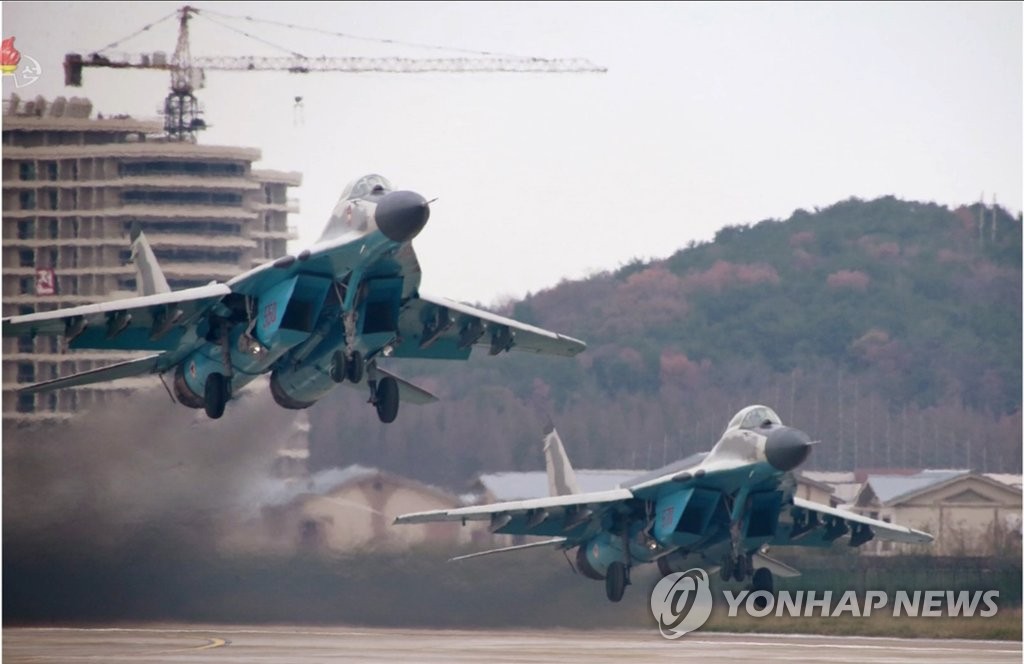 Kim's latest attendance at the air show marked his first public military activity reported in more than two months since when the North tested what it called a super-large multiple rocket launcher under Kim's guidance in September.

North Korean media have been lashing out at South Korea and the U.S. over their planned military drills, urging Washington to abandon its "hostile policy" against the North.

Pyongyang has long denounced the allies' joint military drills as a rehearsal for an invasion of the North. The allies say the exercises are defensive in nature. 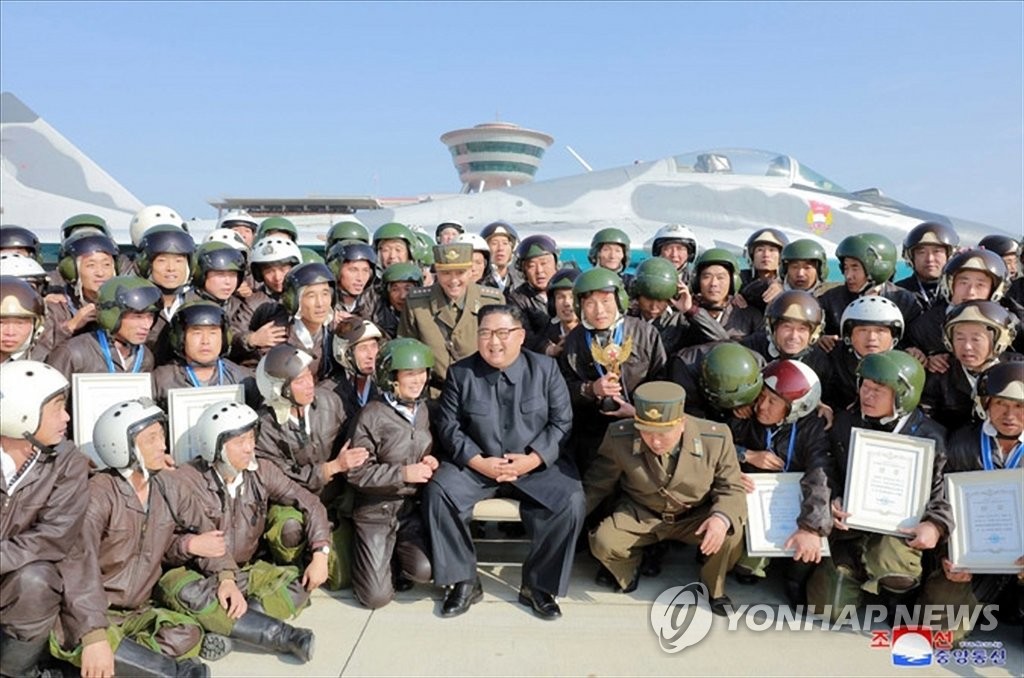