The union, under the Federation of Korean Trade Unions (FKTU), submitted a labor union establishment application to the government Monday and earned the approval two days later.

The union did not unveil the number of its members, but it is known to hover around 500.

The union said its first goal is to recruit 10,000 members and that it plans to demand negotiations to the company once a certain level of members join the group.

Samsung Electronics is the crown jewel of South Korea's leading conglomerate Samsung, which has been criticized by labor activists and some politicians for its treatment of workers who try to unionize.

Samsung Electronics has had three small labor unions, but the latest launch marks the first time for a union to be formed under one of the two largest umbrella union groups in the country -- the FKTU and the Korean Confederation of Trade Unions. 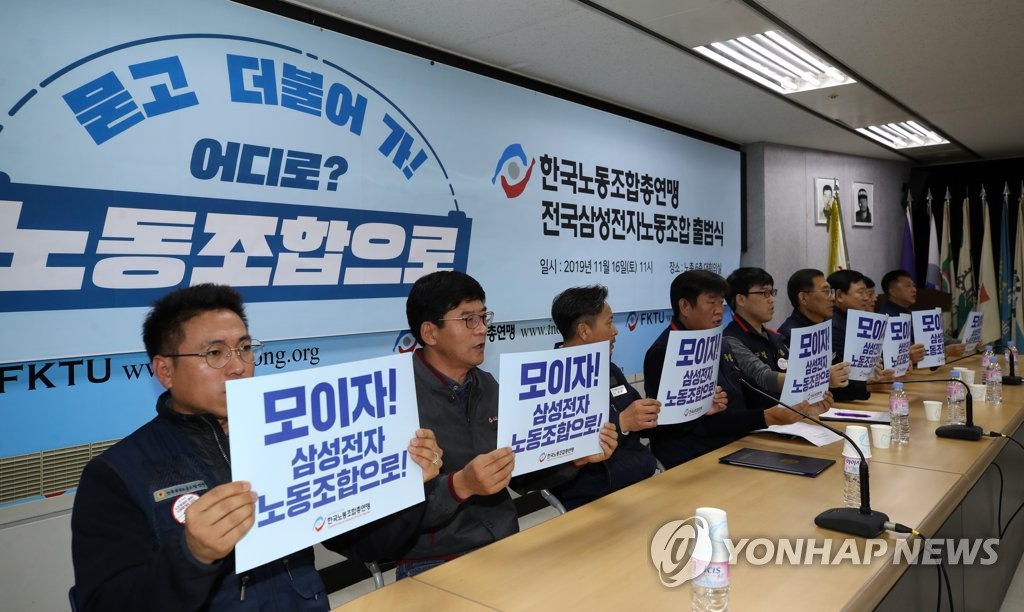