TOKYO, Nov. 16 (Yonhap) -- South Korean left-hander Lee Seung-ho was pulled early from his first international start on Saturday before he knew what hit him.

Starting against Japan in the final Super Round game of the World Baseball Softball Confederation (WBSC) Premier12 at Tokyo Dome, the 20-year-old was rocked for six earned runs on eight hits and a walk in two innings.

The Premier12 is Lee's first international tournament, and Saturday was his first start. Lee's only previous appearance at the Premier12 came against Cuba in the final Group C game in Seoul on Nov. 8, when he pitched a stress-free ninth inning to close out a 7-0 victory. 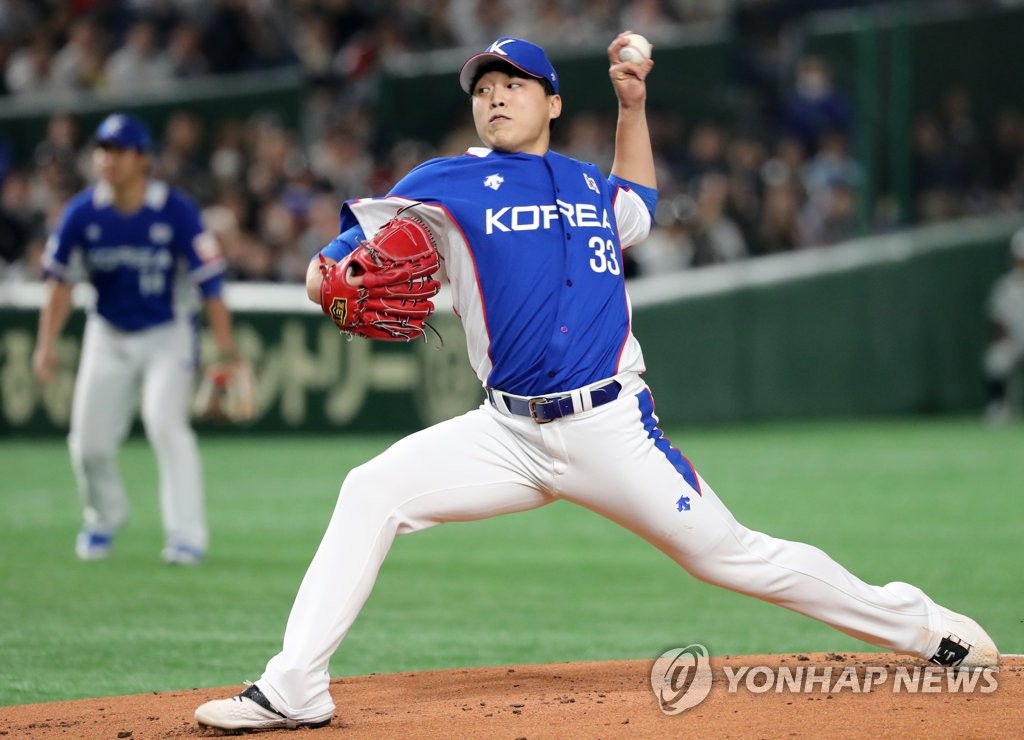 And Saturday's game presented a far different challenge. He was starting in front of nearly 40,000, mostly Japanese fans at Tokyo Dome, with the buzz of excitement in the air for the rival matchup.

And Lee ran into problems from the beginning. Leadoff Tetsuto Yamada gave him the "Welcome to Tokyo Dome" moment with a double off the right field wall and he took third base on a flyout by Hayato Sakamoto.

Lee struck out Yoshihiro Maru but then walked Seiya Suzuki to put runners at the corners. But Lee got out of the jam by getting Hideto Asamura to ground out to second.

Lee retired the first two batters of the second before giving up another double, this time to Tsubasa Aizawa. And Ryosuke Kikuchi followed up with a single that scored Japan's first run.

Hwang Jae-gyun's solo home run in the top third tied the score at 1-1 for South Korea, but more trouble brewed for Lee in the bottom third.

Sakamoto began the rally with a double to left, and Yoshihiro Maru laid down a bunt single. Now with men at first and third, Suzuki dumped a single to shallow center to put Japan up 2-1.

Asamura's single made it 3-1. Another single -- the fifth straight hit off Lee in the inning -- loaded the bases, and the left-hander was done for the game.

Reliever Lee Yong-chan let all three inherited runners to cross the plate to give Lee Seung-ho the pitching line he'd rather forget. 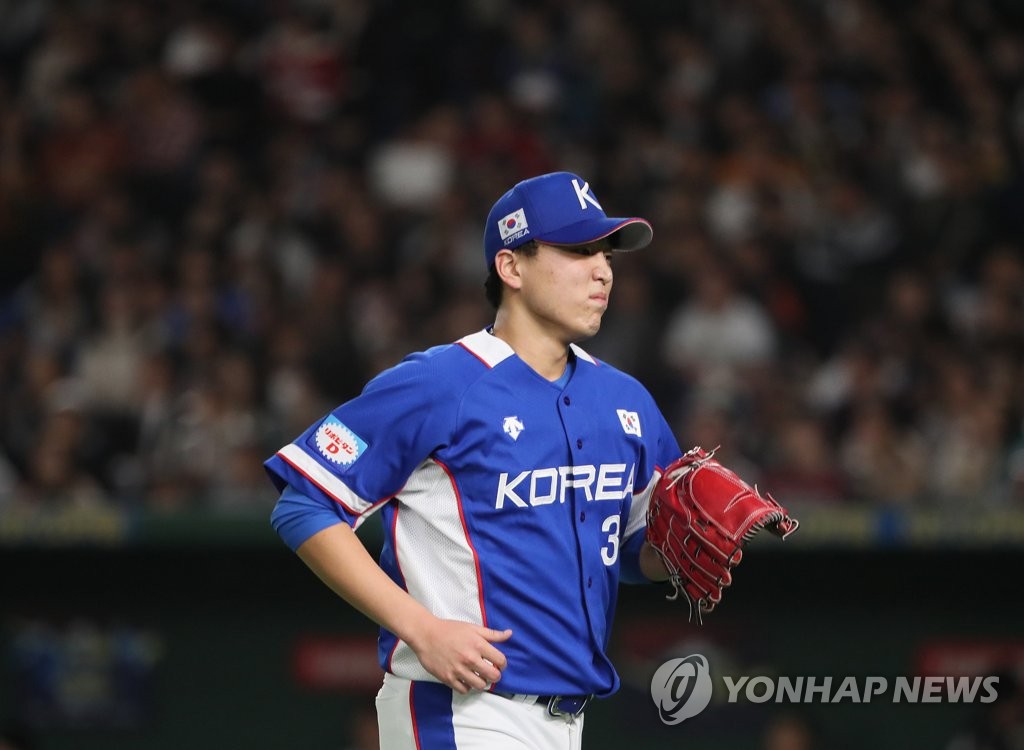 Japan ended up sending 10 batters to the plate in that third inning alone, scoring six runs on six hits, a walk, a groundout and a sacrifice fly.

Saturday's game was the first of the two between South Korea and Japan. It was the final Super Round game to determine the standings, but the two countries were already guaranteed to occupy the top two spots.

And that set up another clash of these rivals in the championship final on Sunday.

South Korean manager Kim Kyung-moon admitted Friday that he wouldn't have named Lee his starter for Saturday if it had been a do-or-die game. The skipper wanted to give his young pitcher a taste of the Korea-Japan rivalry in baseball.

And the rocky outing must have left a bitter taste in Lee's mouth.