TOKYO, Nov. 16 (Yonhap) -- South Korea protested the use of Japan's imperial-era flag during a baseball game between the two rival countries in Tokyo on Saturday.

A Japanese fan wearing a t-shirt with the image of the Rising Sun Flag was seen in the stands at Tokyo Dome during a Super Round game between South Korea and Japan at the World Baseball Softball Confederation (WBSC) Premier12. Another was photographed waving the flag from his seats.

The Korea Baseball Organization (KBO), which governs professional baseball in Seoul, raised the issue with the WBSC. Koreans view the flag as a symbol of Japan's past militarism, because it was hoisted during Japan's invasion of Asian countries starting in the late 19th century. They also say the Rising Sun Flag is to Asian nations what the Nazi's Swastika is to Europeans. 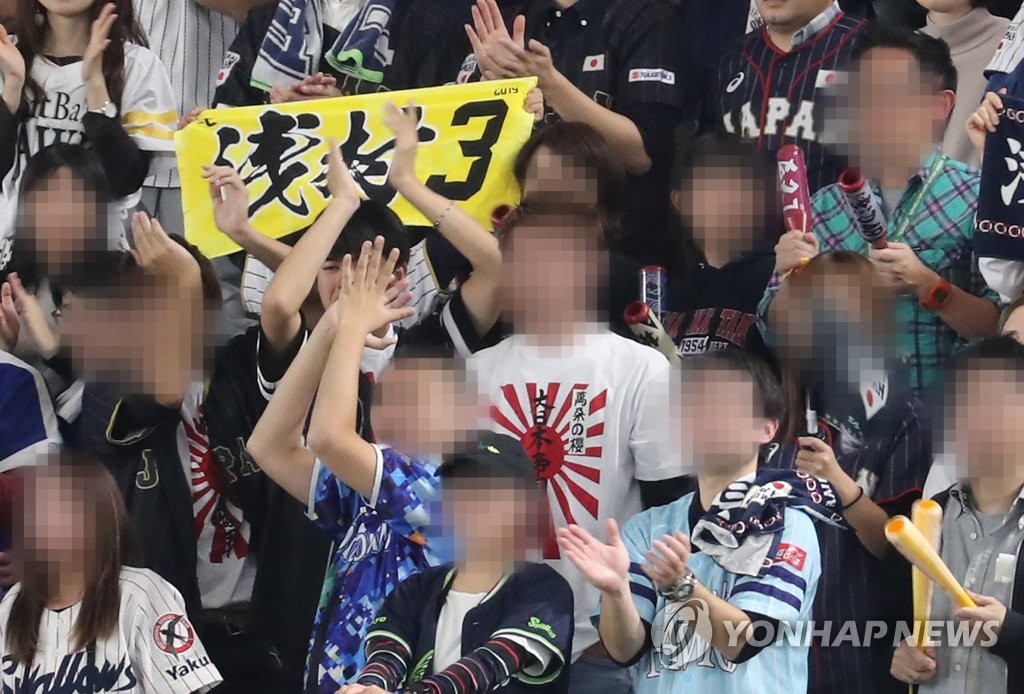 But the WBSC told the KBO that it couldn't take any disciplinary measures against the fan, because South Korea and Japan aren't currently in conflict with each other and the International Olympic Committee also doesn't ban the display of the flag.

The KBO said it has told the WBSC about the history of the flag and the Korean people's prevailing feelings toward it.

The WBSC, in return, said it would work closely with the host broadcater and the Nippon Professional Baseball, Japan's top pro baseball organization, to ensure the image of the flag wouldn't be aired during the game's telecast.

South Korea and Japan will meet again at Tokyo Dome on Sunday in the Premier12 championship final.

Seoul has also been trying to ban the use of the Rising Sun Flag during next year's Tokyo Olympics. In September, the National Assembly adopted a resolution calling on Tokyo's Olympic organizing committee to ban spectators from carrying the flag or wearing clothing that shows the flag. 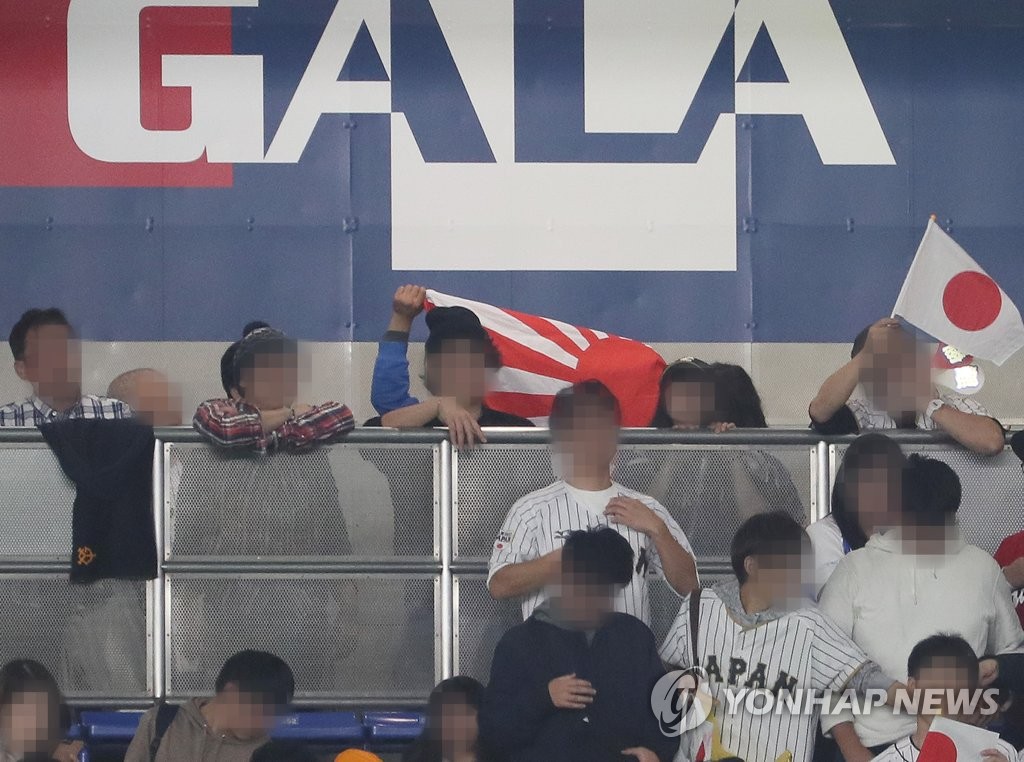