TOKYO, Nov. 16 (Yonhap) -- Before making his first international start for South Korea on Saturday, South Korean outfielder Kang Baek-ho had more than a few butterflies in his stomach.

Rather than trying to get rid of them, he tried to get them to fly in formation, with help from his veteran teammates and coaches. 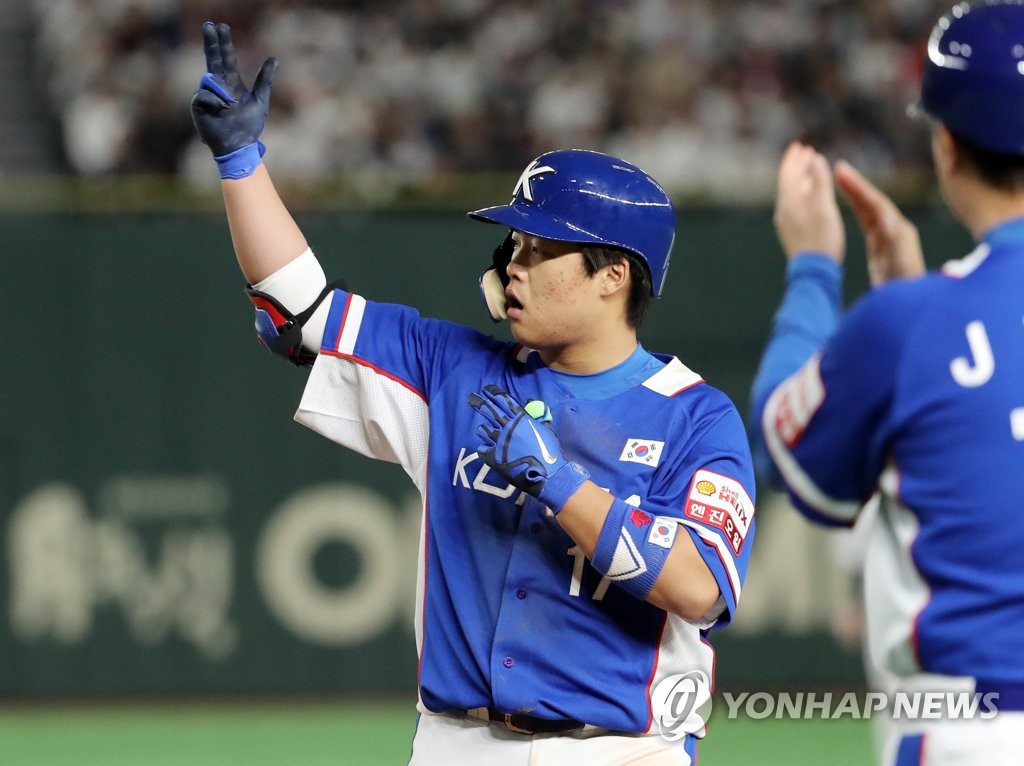 Though South Korea lost to Japan 10-8 to wrap up the Super Round at the World Baseball Softball Confederation (WBSC) Premier12 at Tokyo Dome in Tokyo, Kang's key hits made things close.

He had an RBI single as part of South Korea's five-run fourth inning, as the team clawed back from a 7-1 deficit to get to within 7-6.

Then with South Korea down 9-6, Kang delivered a two-run single with two outs in the seventh for a one-run game. Japan pulled away with an insurance run in the bottom seventh, but Kang had done his job.

"I was a nervous wreck before the game because this was my first time in the starting lineup," said Kang, the youngest South Korean position player at 20. "But my teammates and coaches told me to relax and take it easy. I was able to calm down soon."

Kang batted sixth and played right field. The young slugger got the start because this Super Round finale didn't ultimately have any bearing on South Korea's final rankings.

South Korea and Japan were already assured of the first two spots in the Super Round standings, which meant they would meet in the championship final on Sunday regardless of who won Saturday's game.

And South Korean manager Kim Kyung-moon chose to rest his regulars and give reserves like Kang a chance to face Japan. Kang had just two at-bats in the tournament prior to Saturday. 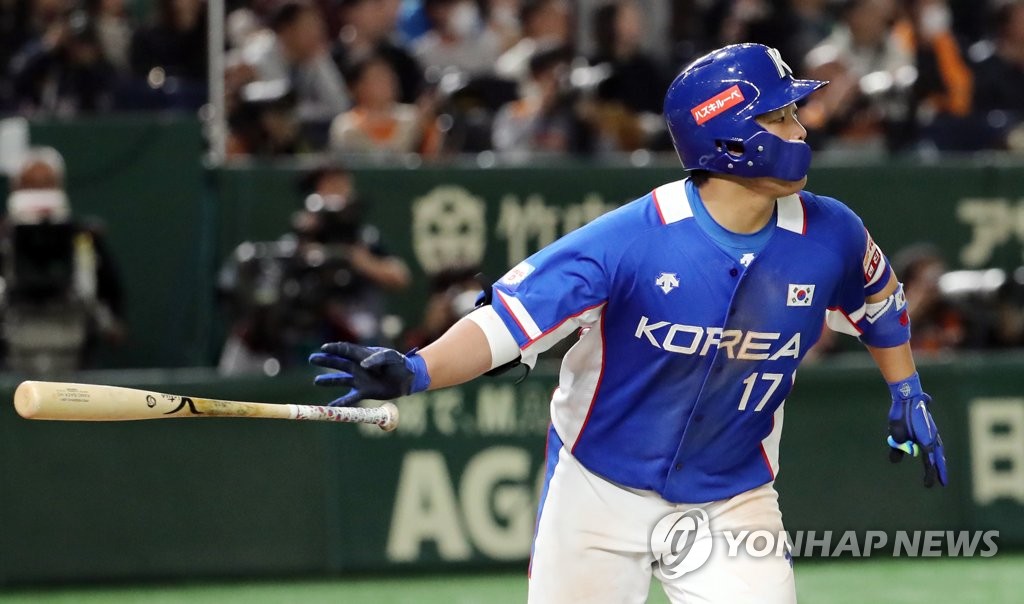 Kang will not likely start Sunday's game but he'll be more than happy to go back to being a dugout cheerleader.

"The game tomorrow is more important, and we'll try to win that one," he said. "Our spirits remain pretty high and I think fans will be treated to a good ball game."