TOKYO, Nov. 17 (Yonhap) -- It will be one ace against another when South Korea takes on Japan for the championship of the Premier12 baseball tournament in Tokyo on Sunday night.

Left-hander Yang Hyeon-jong will start the game at Tokyo Dome, with the first pitch at 7 p.m. He'll be countered by right-hander Shun Yamaguchi.

Yang has been the leader of the South Korean staff at the World Baseball Softball Confederation (WBSC) tournament, going 2-0 with a 0.77 ERA in a team-high 11 2/3 innings.

Yang opened South Korea's Premier12 tournament with six shutout innings of one-run ball against Australia in Group C on Nov. 6. He dodged several bullets while holding the United States to a run in 5 2/3 innings despite allowing 10 hits, including a home run, to begin the Super Round last Monday. 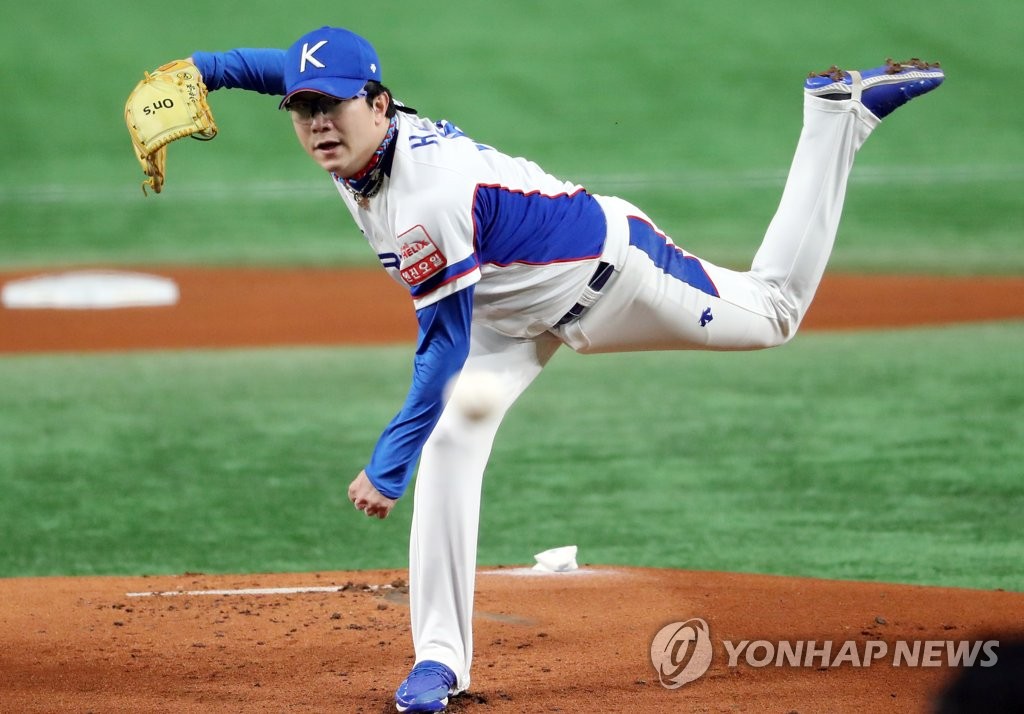 South Korea will need more of the former than the latter, especially after Japan hammered South Korea for 14 hits and 10 runs in Saturday's Super Round finale.

Yang will be pitching on five days' rest. And he told reporters earlier that the key to keeping the ball in the park will be the command of his breaking balls.

"With my fastball, I just have to throw it with confidence," Yang said. "But if I make mistakes with my breaking balls, hitters will drive them a long way. That's what happened against the U.S."

Yang had a strong season with the Kia Tigers in the Korea Baseball Organization (KBO). His ERA was sitting at 8.01 at one point early in the year, but he ended up winning the ERA title with 2.29, a remarkable turnaround highlighted by a 0.51 ERA for the month of August.

Though Yang leads South Korea in innings in the tournament, he won't have to go really deep into Sunday's game, with some big arms locked and loaded in the bullpen.

It will be all hands on deck for South Korea, and No. 2 starter Kim Kwang-hyun will be available to come out of the bullpen. 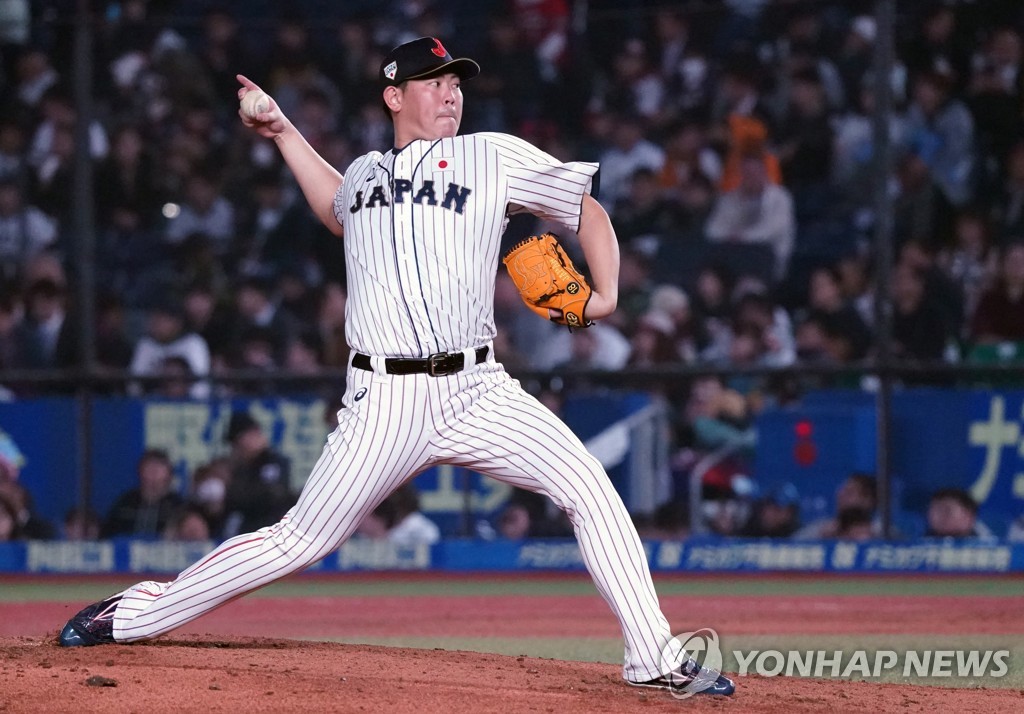 When the two countries played each other Saturday, with the meeting in the final already booked, South Korean manager Kim Kyung-moon rested two workhorse relievers, Cho Sang-woo and Lee Young-ha, so that they'd be ready to go Sunday.

Japan, too, will be ready to throw some key pitchers at South Korea.

Yamaguchi is the hometown hero, as he plays professionally for the Yomiuri Giants, who are based in Tokyo Dome.

The right-hander led the Central League in the Nippon Professional Baseball (NPB) in wins (15) and strikeouts (188), and ranked third in ERA (2.91).

He has allowed three earned runs in eight innings with 10 strikeouts so far at the Premier12.

Yamaguchi told Japanese media that he won't think about pitching deep into Sunday's game but will focus on retiring one batter at a time.