SEOUL, Nov. 17 (Yonhap) -- Former U.S. Vice President and Democratic presidential hopeful Joe Biden has retorted North Korea's recent description of him as a "rabid dog," saying he wears such insults as a "badge of honor."

Biden made the remarks in a statement Friday, a day after Pyongyang's official Korean Central News Agency said in a commentary that rabid dogs like Biden "must be beaten to death with a stick," according to U.S media outlets, including The Hill. Biden has been critical of U.S. President Donald Trump's engagement with dictators.

"It seems that murderous dictator Kim Jong-un doesn't like me," Biden was quoted as saying. "Add him to the list of autocrats who don't want me to be president -- right next to Vladimir Putin. I wear their insults as a badge of honor." 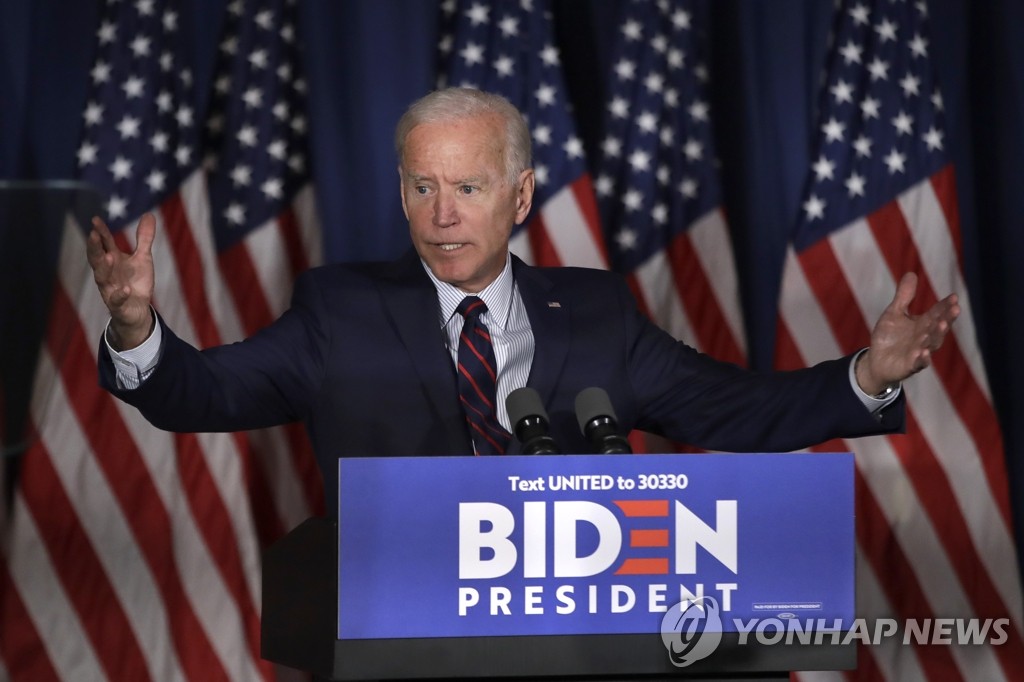 Biden also criticized Trump's warm ties with the North Korean leader, saying that all Trump has accomplished is "emboldening Kim and endangering our allies."

"When I am commander in chief, our adversaries will know that America doesn't embrace dictators," he said in the statement.

"Kim would love to see Trump reelected, as would the rest of America's adversaries. That's just one more reason it's so important we beat him next November," he added.

Such criticism came amid stalled nuclear negotiations between Washington and Pyongyang. The two sides held the last working-level talks on the North's denuclearization in Sweden last month but made little progress.