The Korean Railway Workers' Union said its unionized workers will enter an industrial action for an indefinite period starting Wednesday, demanding the addition of 4,000 workers and an increase of 4 percent in basic salary.

If the railway union enters a general strike as planned next week, it will stage an indefinite industrial action for the first time since its 74-day strike from September to December in 2016.

Korea Railroad Corp. (KORAIL) and its union have been at odds over wages and workforce in this year's wage and collective agreement negotiations.

KORAIL considers hiring some 1,800 workers to adopt a four-team, two-shift system next year. But the union calls for the addition of 4,000 workers to launch the system.

The union declared there will be no more negotiations this year after failing to narrow the gap with the company over wages in talks held in August. Unionized workers agreed to stage a strike in a vote held last week.

In response, the Ministry of Land, Infrastructure and Transport said it will mobilize substitute workers to operate KORAIL's high-speed KTX and commuter trains. It also plans to mobilize alternative means of transportation in consultation with relevant organizations.

The ministry plans to maintain the operation rate for the KTX bullet trains at 69 percent, while keeping those for commuter trains and cargo trains at 60 percent and 31 percent, respectively. 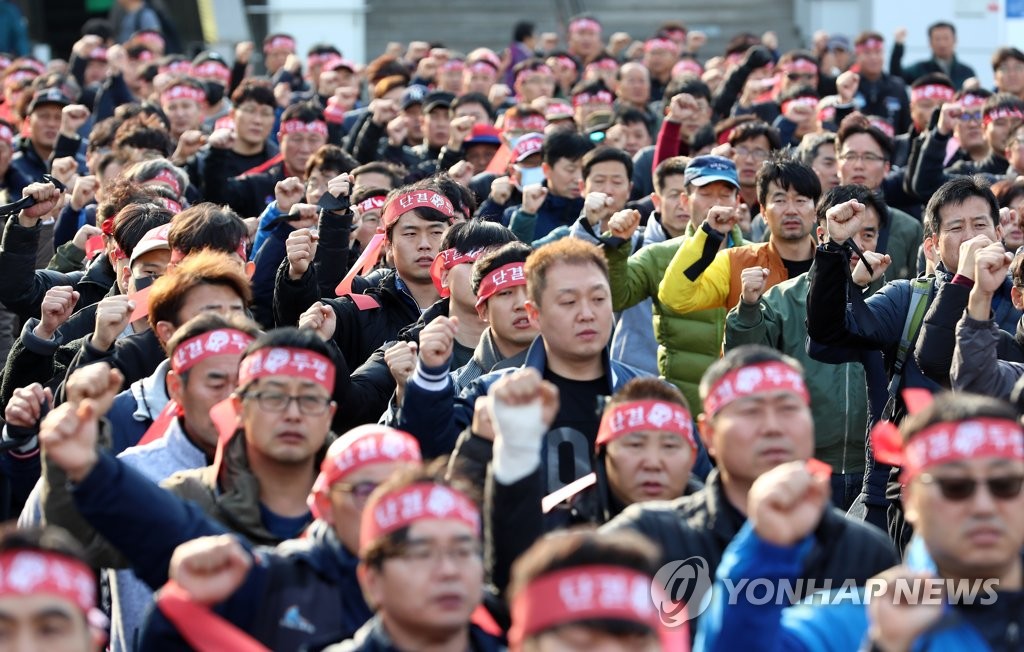 Railway workers to go on general strike next week

Railway workers to go on general strike next week