SEOUL, Nov. 17 (Yonhap) -- A three-term lawmaker of the main opposition Liberty Korea Party (LKP) said Sunday that he will not run in next year's parliamentary elections, amid flagging public support for his conservative party.

Rep. Kim Se-yeon made the announcement, calling for the current LKP leadership to step down and for the party to make a new start to win back the hearts of the voters before the general elections slated for April 15.

"With the current state of the party, it cannot win in the general elections, let alone the next presidential election," Kim, representing a constituency in the southeastern city of Busan, told reporters.

"The party should start anew from scratch," he added. 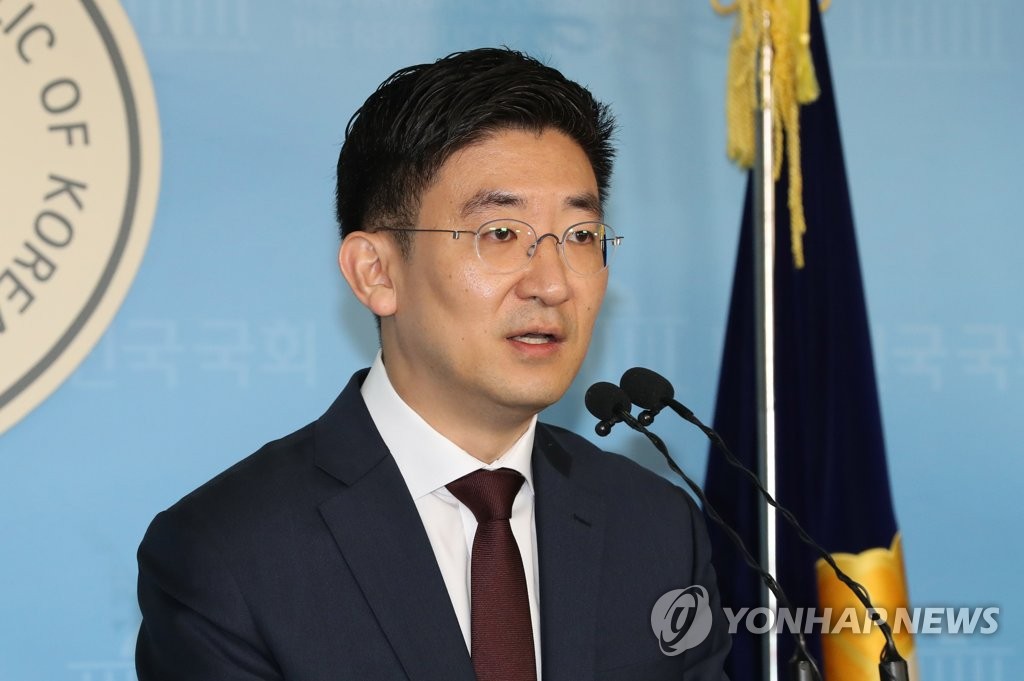 In a Gallup Korea poll released Friday, public support for the LKP was tallied at 21 percent, a decrease of 2 percentage points from a week earlier, compared with 40 percent for the ruling Democratic Party.

"Public support for the LKP has never surpassed that of the Democratic Party even once. ... Since the Cho Kuk incident, the gap has rather been quickly widening," Kim said. "That is the reality."

Meanwhile, Im Jong-seok, former presidential chief of staff, hinted that he would not run in next year's general elections. In a Facebook post, he said he would depart from establishment politics and focus on efforts for national reunification.