Moon has invited them to the two-day ASEAN-Republic of Korea Commemorative Summit to open Nov. 25 in the southern port city of Busan. It will be the biggest diplomatic event to take place in South Korea under the Moon administration.

Moon is scheduled to kick off the dayslong summit diplomacy on ASEAN with bilateral talks with Singaporean Prime Minister Lee Hsien Loong in Seoul on Saturday. Lee is making an "official" visit to South Korea.

Next Sunday, Moon plans to meet with Brunei's Sultan Hassanal Bolkiah in the capital, who is to pay a state visit.

He will also greet Vietnamese Prime Minister Nguyen Xuan Phuc on Nov. 27 and Malaysian Prime Minister Mahathir Bin Mohamad the following day, both of whom are due in Seoul for official visits. 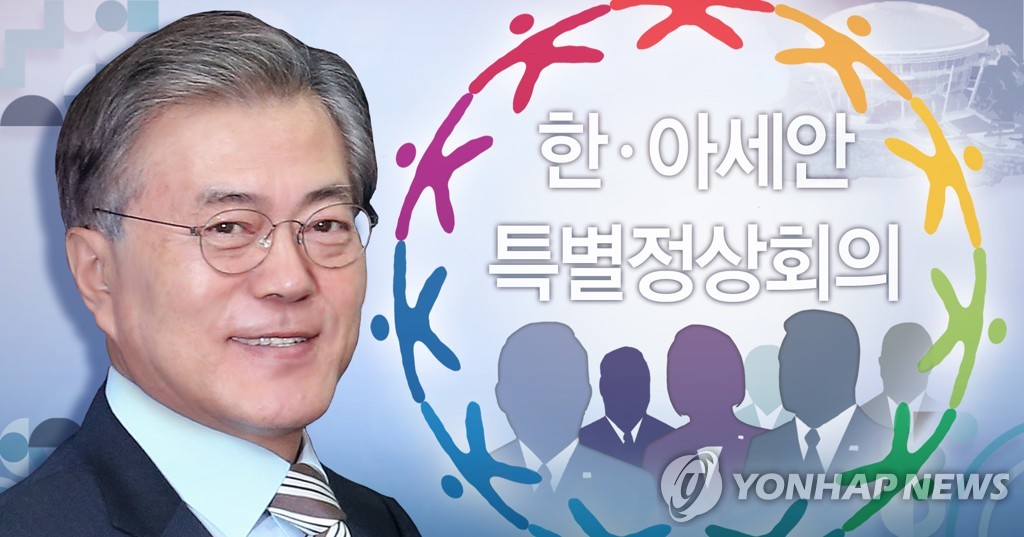 Moon's upcoming bilateral summits with the 10 ASEAN leaders are "expected to serve as a chance for mapping out a clearer blueprint for future cooperation" on the basis of their friendly ties that have been cemented for the past 2 1/2 years, Cheong Wa Dae spokesperson Ko Min-jung said at a press briefing.

She pointed out that Moon has already kept his promise to travel to all 10 ASEAN member nations during his presidency as part of the New Southern Policy.

She added that the summits will provide South Korea an opportunity for "wide-ranging, in-depth" discussions on ways to upgrade brisk partnerships by another notch in trade, investment, infrastructure, defense, arms development, agriculture, health care, development cooperation, culture and people-to-people exchanges.