Bell went 11-11 with a 3.50 ERA in his first season for the Eagles, serving as one of the few bright spots for the club that finished in ninth place in the 10-team league.

The Eagles earlier re-signed their other foreign pitcher, Warwick Saupold. And they're trying to bring back outfielder Jared Hoying for a third straight season.

KBO teams are each permitted up to three import players, including a maximum two pitchers. 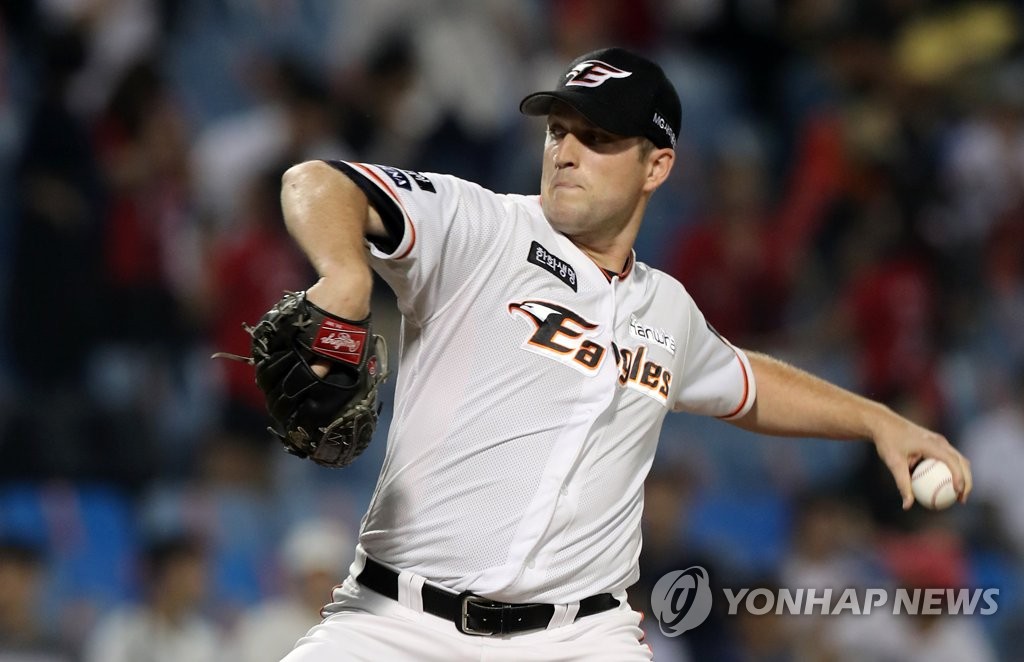