SEOUL, Nov. 18 (Yonhap) -- South Korean President Moon Jae-in said Monday he hopes for "in-depth discussions" about the Korea peace process with the leaders of 10 Southeast Asian countries during an upcoming group summit to be held in Busan, calling them "reliable friends and advisers" regarding the issue.

"There still remain critical junctures for peace on the Korean Peninsula," he pointed out in a contribution to the Asia News Network (ANN), a coalition of two dozen major news organizations based in South Korea and 20 other Asian nations, including the ASEAN members.

The president contributed the op-ed piece a week ahead of the opening of the two-day ASEAN-Republic of Korea Commemorative Summit to take place in the southern port city, which is his hometown. He's also planning to hold bilateral summits with his counterparts from all the participating nations.

Moon's view came amid expectations that North Korea and the United States will soon resume working-level nuclear talks in a bid to pave the way for a third summit between the two sides.

Peace in Korea, he said, is closely related to stability throughout East Asia and ASEAN member states have actively helped advance peace through "dialogue and mutual understanding" over the past decades.

He added he believes they will also "join in the journey toward establishing permanent peace on the Peninsula as reliable friends and advisers."

"I am looking forward to in-depth discussions about peace on the Peninsula and in East Asia taking place at the upcoming summits as well," Moon said. 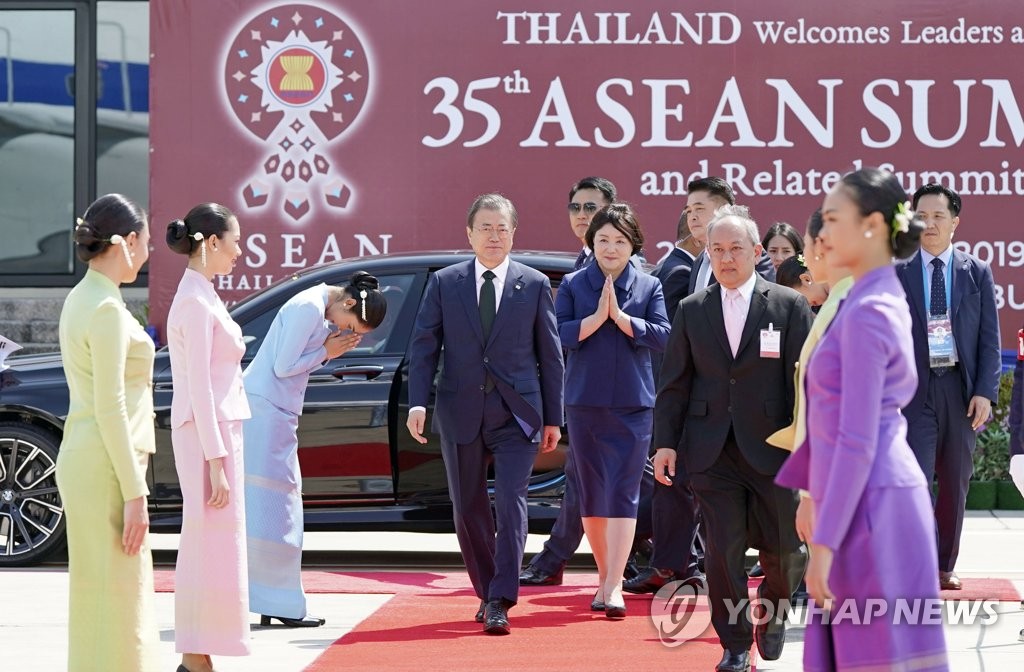 ASEAN's basic principle -- consensus through dialogue and consultation -- provides many lessons for Korea, in particular, he noted.

The ASEAN Regional Forum, in which North Korea participates, has also contributed to efforts to establish peace on the peninsula.

On the Busan session to celebrate the 30th anniversary of dialogue between South Korea and the ASEAN bloc, Moon said it will "serve as a venue for both sides to put our heads together to seek ways for a more prosperous and peaceful future under the banner of "Partnership for Peace, Prosperity for People.'"

He emphasized South Koreans' positive view of ASEAN, which stands for the Association of Southeast Asian Nations.

"ASEAN is special to Koreans because the region ensures equal participation and opportunities through the 'ASEAN Way' despite different economic statuses and political systems among its 10 member states," he said. "ASEAN's growth through an inclusiveness that does not exclude nature, any person or nation will indeed be the future of the global community."

In 2018, the number of visitors traveling between South Korea and ASEAN countries topped 11 million, and two-way trade volume totaled US$160 billion.

Moon raised the need for the two sides to increase cooperation in transport infrastructure, smart cities and other high-tech industries to jointly nurture innovative capabilities to respond to the fourth industrial revolution, he said.

"Using free trade to expand commerce, fostering small and medium-sized enterprises for an inclusive economy, and promoting green growth, such as an eco-friendly bio-industry -- these are also areas where Korea and ASEAN can work together," he added.

He also asked ANN member news outlets to pay special attention to the inaugural Mekong-South Korea summit due to be held in Busan on Nov. 27. It would involve the "Mekong five" nations: Cambodia, Laos, Myanmar, Thailand and Vietnam.

He said South Korea will "help promote connectivity among Mekong countries by supporting infrastructure construction, including roads, bridges, railroads and ports, and will join forces to promote regional progress."

Last year, the ANN chose Moon as the Person of the Year for his peacemaker role. The group was launched in 1999. 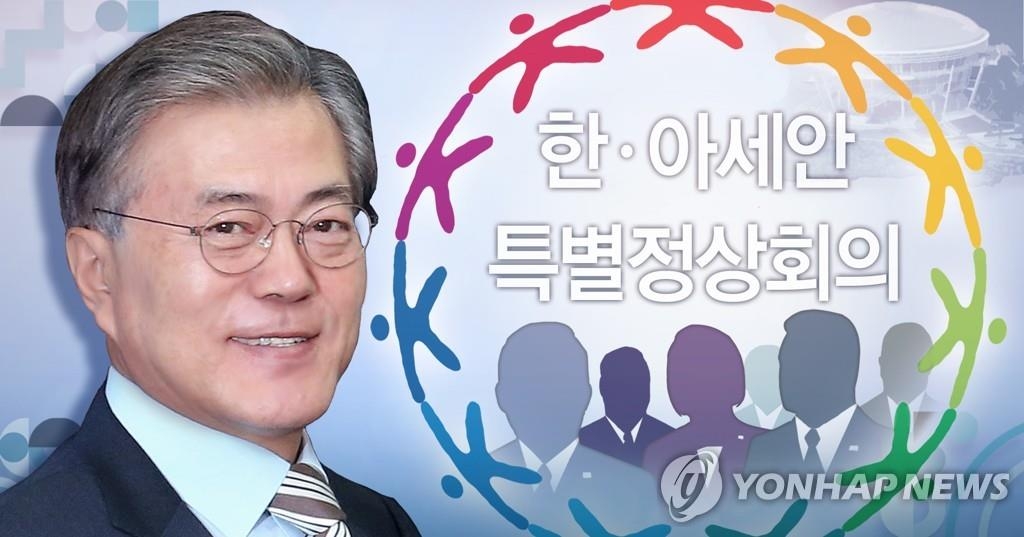