TOKYO, Nov. 17 (Yonhap) -- South Korea finished runner-up to Japan at the Premier12 baseball tournament on Sunday, losing 5-3 in its bid for a second straight championship.

South Korea blew a 3-0 first-inning lead, with Japanese leadoff man Tetsuto Yamada cracking a go-ahead three-run shot in the bottom of the second at Tokyo Dome.

This was the second edition of the signature tournament by the World Baseball Softball Confederation (WBSC). South Korea won the inaugural title in 2015. 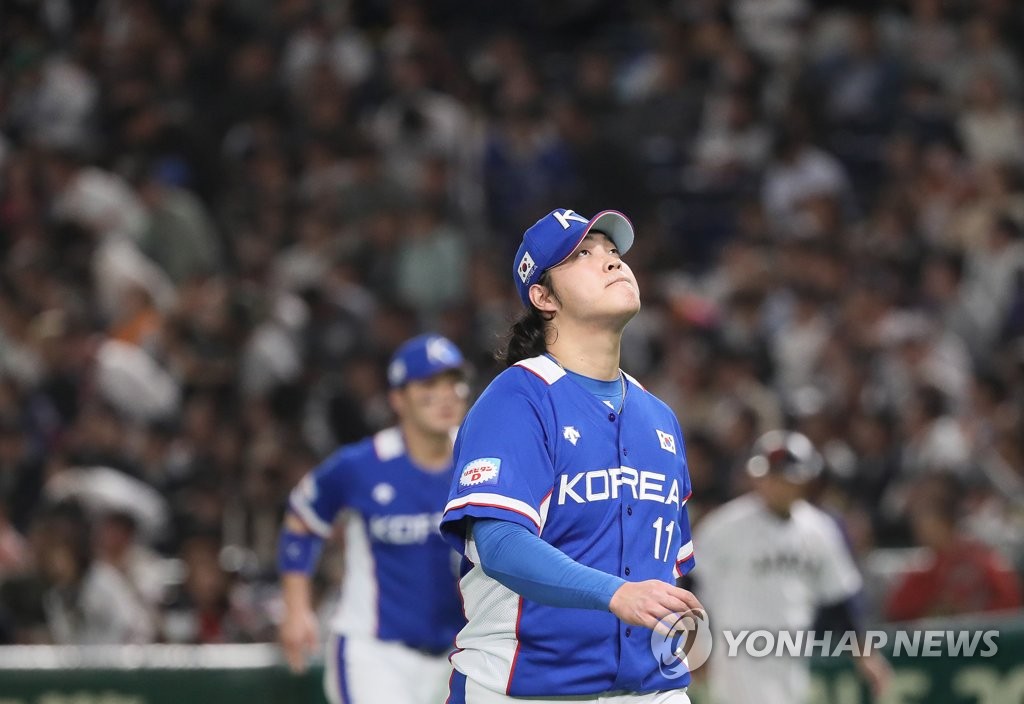 Despite losing in the championship final, not all was lost for South Korea, who qualified for next year's Olympics during the Premier12.

This tournament doubled as an Olympic qualifying event for Asia/Oceania and the Americas. South Korea had to finish ahead of Chinese Taipei and Australia at the Premier12 to earn its Olympic spot, with Japan already in the Tokyo 2020 tournament as the host,

Losing to Chinese Taipei 7-0 last Tuesday threatened to derail South Korea's qualifying bid, but a 7-3 win over Mexico on Friday, plus some help from other countries, took care of the Olympic business.

South Korea failed to avenge a 10-8 loss to Japan in the last Super Round game on Saturday. But that result didn't matter in the grand scheme of things because the two had already been scheduled to meet in Sunday's final. And South Korean manager Kim Kyung-moon rested most of his regulars at the start of Saturday's game and some key relievers stayed off their feet so that they'd be ready to go on Sunday.

The decision seemed to pay off early on, as South Korea stunned the crowd of some 44,000 Japanese fans at Tokyo Dome with two home runs in the top of the first.

After Lee Jung-hoo drew a leadoff walk from starter Shun Yamaguchi, Kim Ha-seong followed up with a two-run blast off the right-hander to left field.

Two outs later, Kim Hyun-soo swung on a fastball that came right down the middle and drove it over the right-center field wall for a solo blast, giving South Korea a 3-0 early lead.

Japanese cleanup Seiya Suzuki responded with an RBI double in the bottom first, trying to bring the crowd back into the game.

And Japan claimed the lead in the bottom second, as South Korean starter Yang Hyeon-jong found trouble with two outs in the inning. 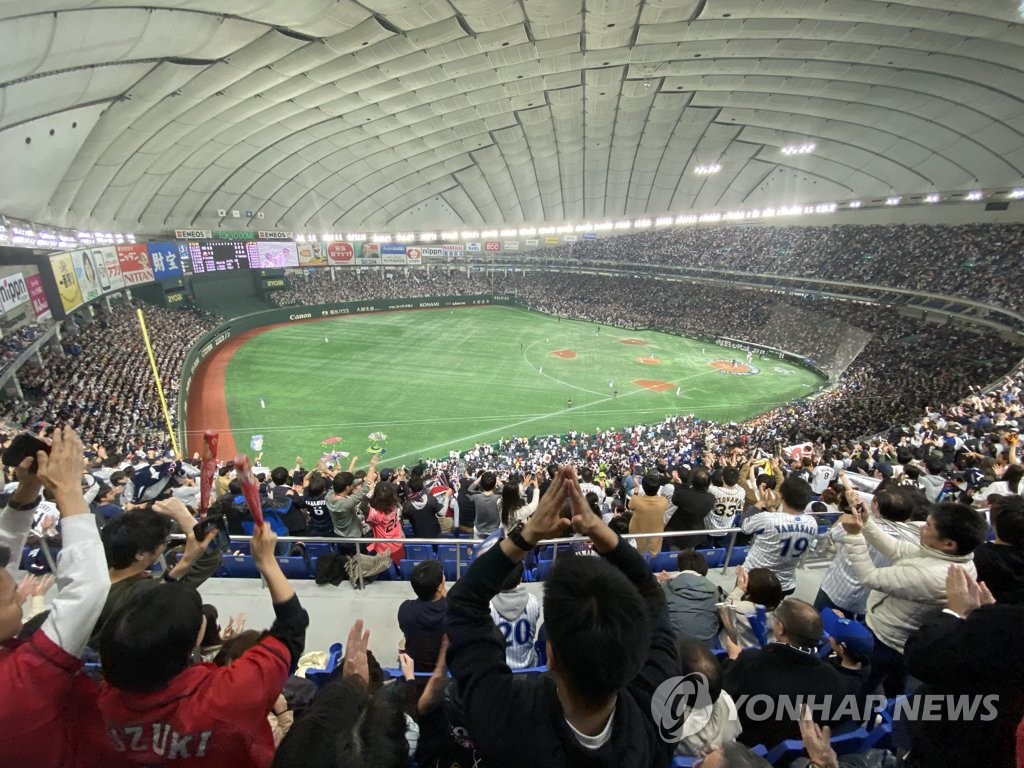 Yang gave up a walk and a single to bring Tetsuto Yamada to the plate, and the Japanese leadoff man smacked a three-run home run to put Japan ahead 4-3 and jolt life back into the crowd.

With Yang out of the game after three innings, Japan threatened to extend its lead in the fourth against reliever Lee Young-ha, only to be denied by stellar defense by Kim Sang-su.

A walk, a single and a wild pitch put two on for Yoshihiro Maru, who sent a sharp grounder to the hole on the right side.

Just when the ball appeared on its way to an outfielder for a possible two-run single, Kim dove to his left to snare the ball, and threw out Maru to end the rally.

But South Korea finally cracked in the bottom seventh, when reliever Cho Sang-woo, who hadn't allowed a run in his three previous outings, gave up a two-out RBI single to Hideto Asamura.

The 5-3 deficit proved insurmountable for South Korea against the stout Japanese bullpen. Yamaguchi was gone after his disastrous first inning, but six relievers held South Korea off the board while allowing only three singles and striking out seven.

Cleanup Park Byung-ho went 0-for-4 with a strikeout. The reigning home run king in the Korea Baseball Organization (KBO) was 5-for-28 with no homers and just two RBIs.