Trump's tweet came as denuclearization negotiations between Washington and Pyongyang have stalled since the two leaders' second summit in February ended without a deal. The U.S. president suggested that they meet again soon.

"I am the only one who can get you where you have to be," he tweeted. "You should act quickly, get the deal done. See you soon!" 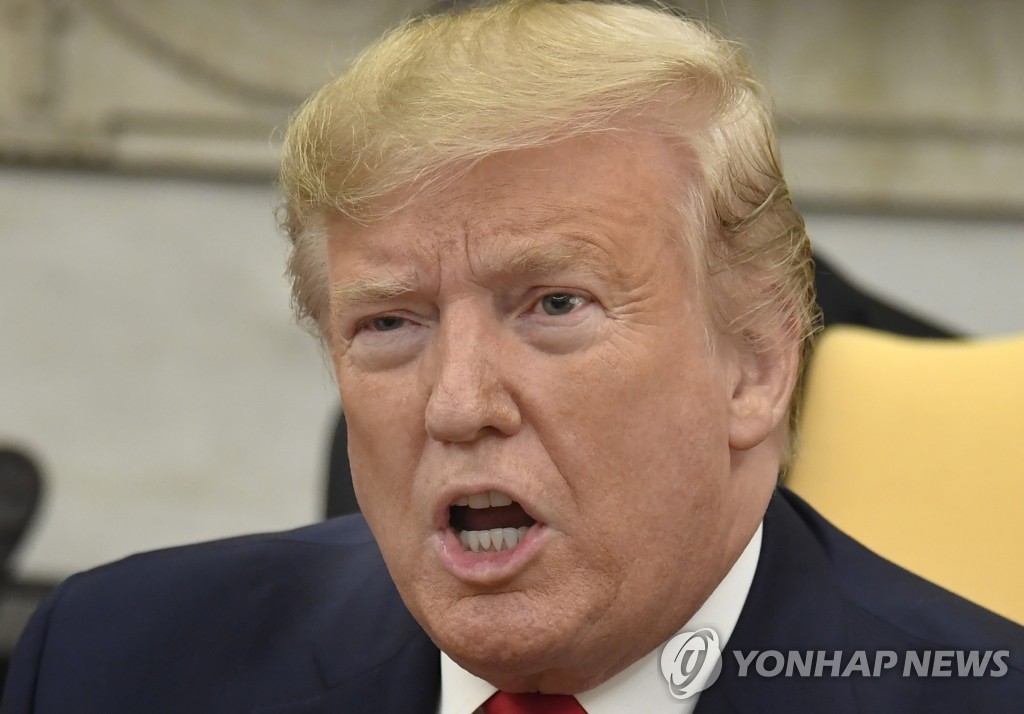 North Korea has sought sanctions relief and security guarantees in exchange for its nuclear program, but the U.S. insists on seeing concrete and verifiable denuclearization steps first.

Earlier Sunday, South Korea and the U.S. announced the postponement of their upcoming combined military exercises. North Korea had warned of a "greater threat" should the U.S. go ahead with them as planned.

Pyongyang has viewed the allied exercises as an invasion rehearsal despite assurances from Seoul and Washington that they are defensive in nature.

U.S. Defense Secretary Mark Esper called the decision an "act of goodwill" intended to promote diplomacy and urged Pyongyang to "return to the negotiating table without precondition or hesitation."

North Korea has set an end-of-year deadline for the U.S. to come up with an acceptable proposal in their negotiations.

Last week, the North's chief nuclear negotiator, Kim Myong-gil, claimed that Washington had suggested another round of working-level talks in December. Pyongyang is willing to engage only if Washington puts forth a "basic" solution, he said.

The two sides last held talks in Stockholm, Sweden, in October after Trump and Kim agreed to resume negotiations at their impromptu meeting on the inter-Korean border in June. But those discussions also ended without any agreement.

"Mr. Chairman, Joe Biden may be Sleepy and Very Slow, but he is not a 'rabid dog,'" Trump said, referring to Kim by his formal title. "He is actually somewhat better than that."