Kim's "field guidance" was reported a day after South Korea and the United States decided to put off their wartime air exercises to encourage North Korea to return to the negotiation table for its denuclearization.

Kim watched "an airborne landing training of sharpshooter sub-units of the Air and Anti-Aircraft Force of the Korean People's Army (KPA)," according to the Korean Central News Agency (KCNA).

"It is necessary to wage a drill without notice under the simulated conditions of real war like this and examine it, not being affected by rule and formality, and thus make it an opportunity for improving the preparedness of KPA units for war and examining and training them," Kim was quoted as saying.

According to footage released by the North's state TV, the sharpshooters jumped from a plane that appeared to be an An-2 aircraft, which is known to be used for infiltration operations. 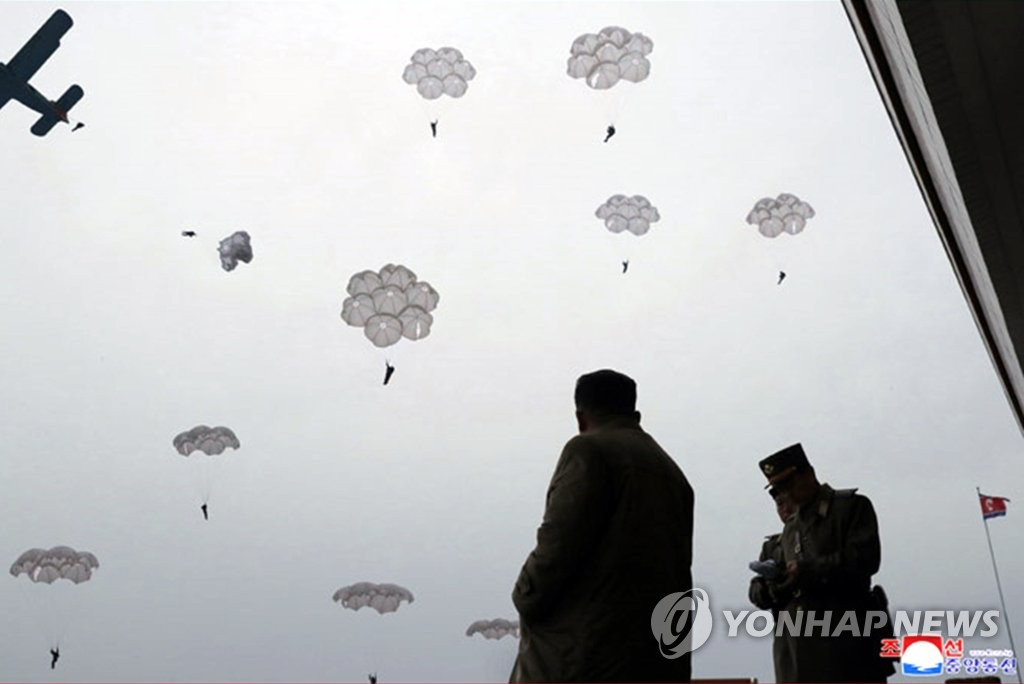 North Korea earlier said it is ready to meet with the U.S. "at any place and any time" but strongly protested the upcoming drills, warning of "shocking punishment," and urged Washington to drop such hostile policy against Pyongyang.

Last month, in Stockholm, the U.S. and North Korea held working-level negotiations on the North's nuclear weapons programs for the first time since the breakdown of the summit between Trump and Kim in Hanoi in February.

They still failed to narrow differences on how to compensate Pyongyang for its denuclearization steps.

Pyongyang said Washington should come up with a proposal acceptable to it before the end of this year, a deadline set by leader Kim.

Kim's supervision of the airborne landing training comes two days after the KCNA reported that he attended a military air show and called on pilots to be ready to fight "enemies armed to the teeth." 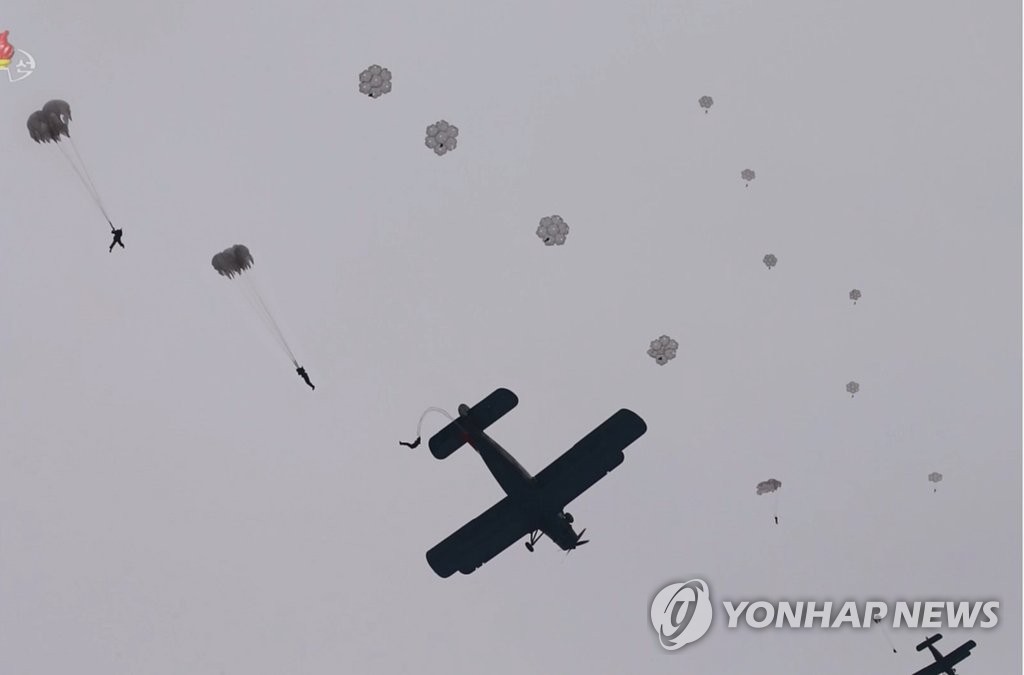