SEOUL, Nov. 18 (Yonhap) -- South Korea's trade deficit with Japan is expected to sink to a 16-year low in 2019 due to a tumble in imports, data showed Monday.

Seoul posted a trade deficit of US$16.37 billion with Tokyo in the first 10 months of this year, down 20.6 percent from a year earlier, according to the data from the industry and trade ministry and the Korea International Trade Association.

It marks the lowest trade deficit with the neighboring country for the January-October period since the red ink of $15.57 billion in 2003.

Given the current trend, South Korea's trade deficit with the neighboring country is tipped to hover below the $20 billion mark for the whole of this year and reach its lowest level since the $19.04 billion posted in 2003.

The sharp drop in this year's trade deficit with Japan came as imports fell much faster than exports. 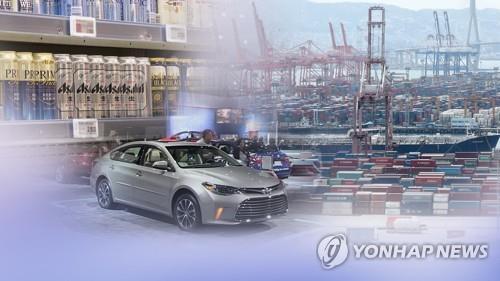 The faster drop in imports resulted mainly from weaker demand from Samsung Electronics Co. and SK hynix Inc. for chip parts and equipment amid a global slump in the memory-chip business.

Another factor was a local boycott of Japanese consumer goods stemming from Japan's restrictions on exports of key industrial materials to South Korea, sources said.

In particular, sales of Japanese vehicles in South Korea more than halved in the four months since July, when Tokyo imposed the export controls.

Experts have predicted South Korea's trade deficit with Japan may swing to an upturn next year should the global chip industry recover from the current slump.

Yet South Korea's trade balance with Tokyo will likely show a different pattern in the mid to long term, given Seoul's efforts to nurture its parts and materials industry in the wake of the Japanese move. 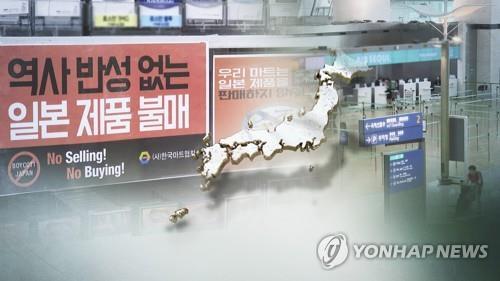