SEOUL, Nov. 18 (Yonhap) -- As Bong Joon-ho's black comedy "Parasite" continues to make waves as an international film in North America, a short catchy song from the movie has gone viral on the internet across the world.

The so-called Jessica jingle is a brief chant that the character Ki-jung, played Park So-dam, sings with her brother Ki-woo (Choi Woo-sik) in order to remember her false identity and alias, Jessica, before ringing the doorbell of a rich family's house. 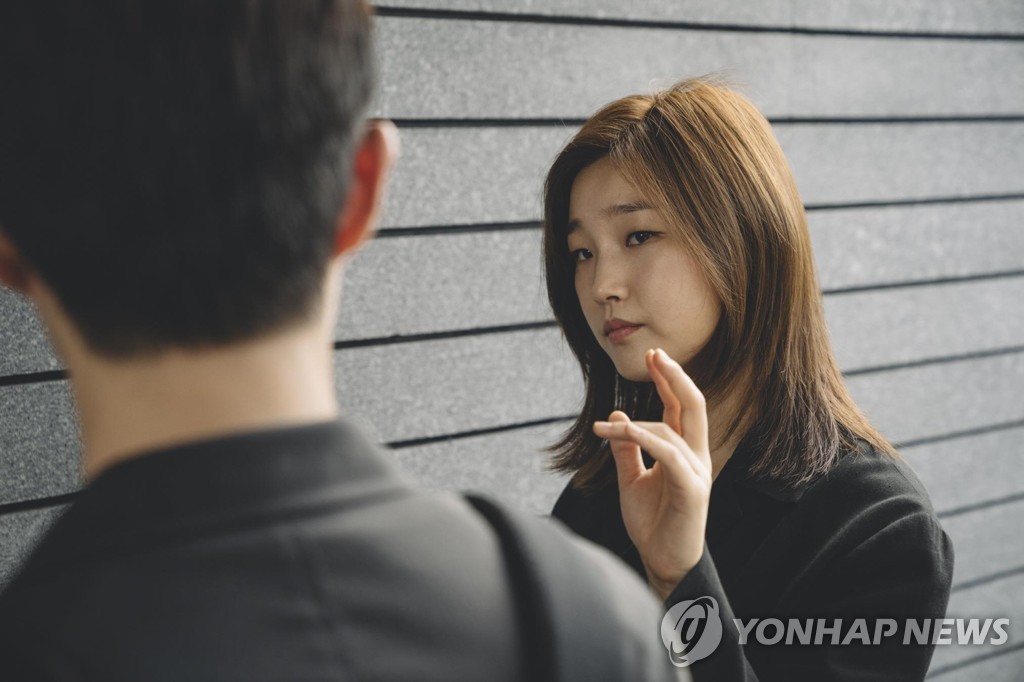 The wily siblings sweet-talk the affluent family into employing them and their parents so that they can live off the family.

Ki-jung impersonates an art therapy teacher to take on a troublemaking kid, while her brother already works as a tutor of the teenage daughter. They pretend to be unrelated and try to recall the details before entering the house.

The six-second jingle is based on the famous children's song "Dokdo is Our Land," whose tune is used frequently by Korean students to help memorize information.

As the song gains popularity, the film's U.S. distributor, Neon, has made the jingle available to download as a ringtone, and there are now many variations of the "Jessica Jingle," including a K-pop remix version.

Neon also posted video footage of Park So-dam teaching the "Jessica Jingle" on Twitter, which has more than 24,000 hits. 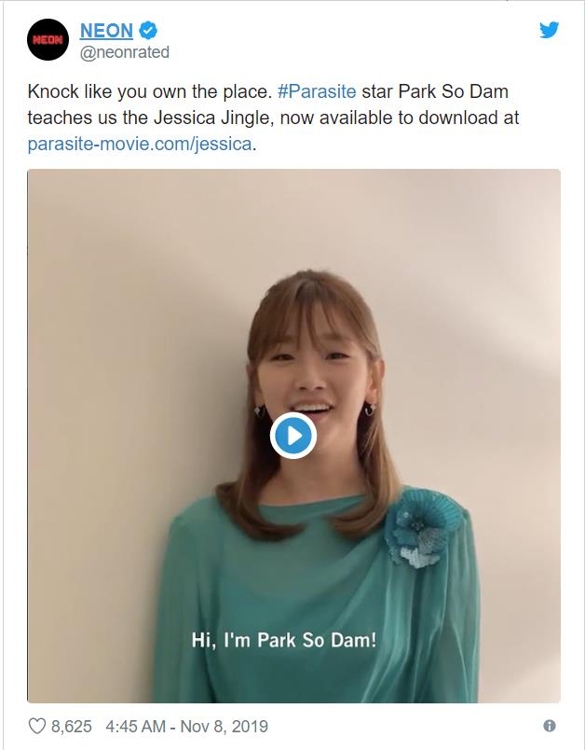 "Parasite," the top winner of this year's Cannes Film Festival, was released in the United States on Oct. 11 and has been rallying stateside since them. It had racked up more than US$14 million by Saturday (U.S. time), becoming the most commercially successful foreign language title of this year in the U.S.

The film has emerged as one of the strongest candidates for the International Feature Film prize at the Academy Awards slated for next year. It is also expected to pop up in other major categories, including Best Film and Best Director.