SEOUL, Nov. 18 (Yonhap) -- Progressive civic groups held rallies Monday to protest the U.S. demand that South Korea sharply raise its share of the cost of the upkeep of American troops stationed here and to call for a reduction in the number of U.S. soldiers.

Activists gathered in front of the Korea Institute for Defense Analysis in Seoul, where the chief negotiators from Seoul and Washington are to hold a new round of defense cost-sharing talks later in the day.

Media reports said the U.S. has demanded South Korea pay nearly US$5 billion next year to cover its costs, including even expenditure on the operation of military assets installed off the Korean Peninsula to defend the South. Seoul previously agreed to pay $870 million for this year. 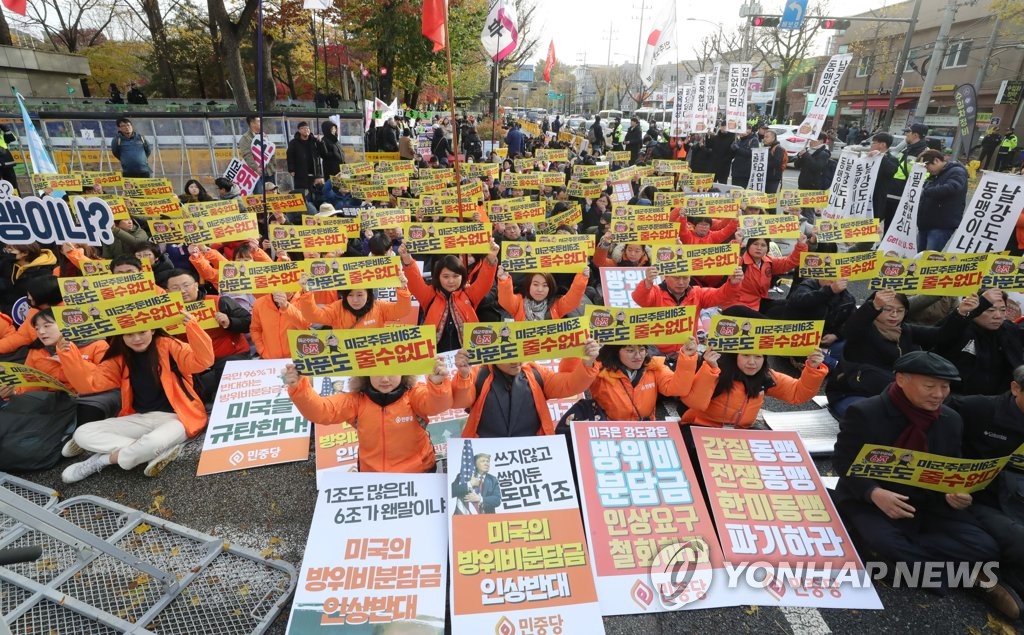 "The government should announce a freeze on the payment of the defense-sharing cost and launch negotiations over the reduction of American troops here and its withdrawal," said a group consisting of 50 non-governmental organizations and a major umbrella labor union.

The group insisted the U.S. is trying to use its troops in South Korea as a deterrent against a rising China and is shifting the cost of maintaining them onto Seoul.

Another civic group called on the government to scrap the cost-sharing accord with the U.S., called the Special Measures Agreement (SMA).

"If the government gives in to the U.S. demand, Korean people will have difficulty in protecting the country's sovereignty and dignity," it said.

Police were dispatched to tackle a potential emergency situation. They also established safety defenses around the negotiation venue to prevent possible clashes.

Activists plan to hold a candlelight vigil later in the day near the residence of the U.S. ambassador to South Korea. 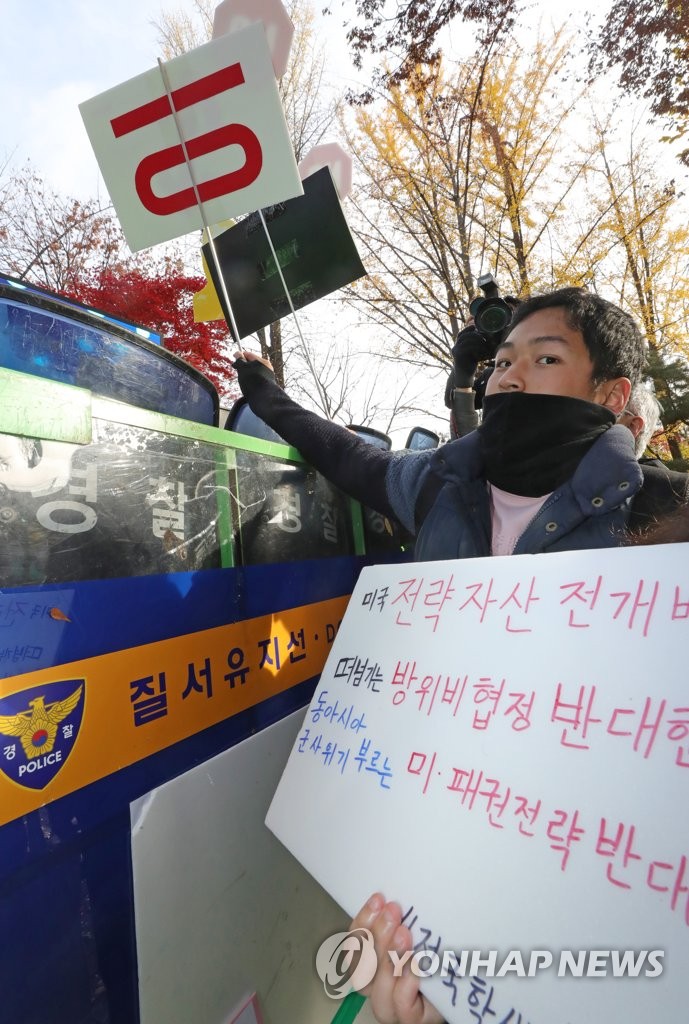