Under the agreement, Line and Japanese telecom giant SoftBank Group Corp. -- a holding firm of Z Holdings Corp. that operates Yahoo Japan -- will each hold a 50 percent stake in a new joint venture named Z Holdings, the company said.

The two sides are scheduled to ink a formal contract next month, officials said.

The move comes as the two firms have separately been making efforts to compete against global leaders, such as U.S.-based Amazon Inc. and China-based Alibaba Group Holdings Ltd. 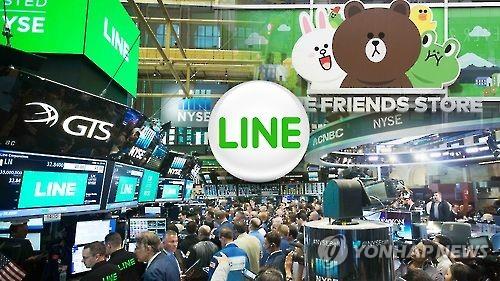 Naver said the decision for the business integration will bring together the operators of two of Japan's biggest payment apps amid the "cashless" era.

Line is the most popular chat app in Japan with 80 million users, far ahead of global platforms, such as Instagram and Facebook, in Japan. The company posted 207.1 Japanese yen (US$1.9 billion) in sales in 2018.

Yahoo Japan, which has been making efforts to bolter services, such as mobile payments and e-commerce, has 50 million users and generated 954.7 billion yen of revenue last year.

"(The deal) is expected to create synergy and increase future growth, bringing Z Holdings to the new tech firm based on AI that could compete against global platform operators," Naver said in a press release.

Last month, Seok Sang-ok, CEO of Naver LABS -- a R&D subsidiary of Naver -- said the company plans to create the "Eurasia AI research belt" by investing in the AI technology.

The heads of Line and Z Holdings are scheduled to hold a press conference in Tokyo later in the day.

Shares of Naver were trading hands 3.46 percent higher at 179,500 won on the Seoul bourse as of 2:00 p.m. The announcement was made before the local market opened. 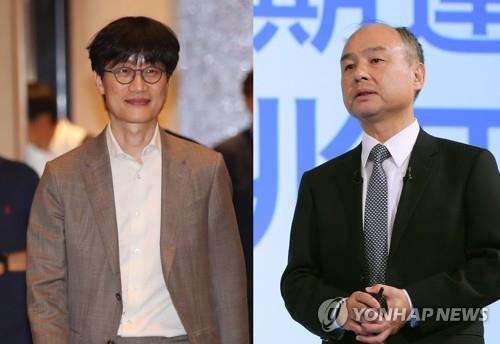