The 52-year-old, who was arrested on Oct. 31, was indicted on six counts including breach of duty and obstruction of business, as well as aiding and abetting destruction of evidence.

With the indictment, the younger Cho became the third member of the ex-minister's family to face a court trial while in custody. Cho's wife and a son of a relative have also been detained on different charges. 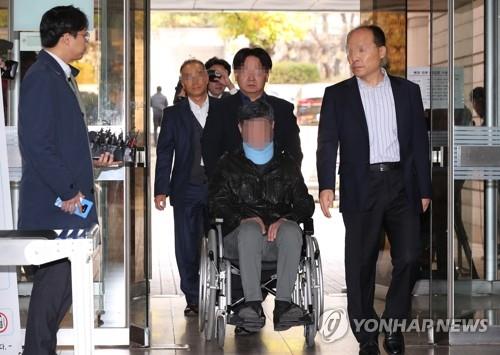 The former minister's brother, who worked at the Woongdong School foundation, an organization run by the Cho family, is alleged to have received 180 million won (US$154,573) in exchange for leaking test questions and answers to two people who applied for teaching posts at the school.

He is also suspected of being involved in an attempt to destroy evidence when the prosecution launched a probe into the school foundation in late August.

One of the latest charges to be filed was his alleged attempt to seek a fake divorce from his wife to avoid repaying debts.

The indictment is the latest in a series of probes surrounding the ex-minister. On Thursday, state prosecutors summoned the former minister to question him in relation to his family's alleged wrongdoings.

The 54-year-old refused to answer during the questioning, claiming, "It is pitiful and unnecessary to answer and explain everything," according to a statement issued by his lawyers.

Cho said he feels "miserable" about being investigated and claimed that the charges raised against him are "far from truth."

"If prosecutors decide to indict me, I will let the truth be revealed at court," he added.

The former minister abruptly resigned in mid-October amid controversy about whether he was suitable for the Cabinet post.

A key architect of President Moon Jae-in's drive to reform the prosecution, Cho was appointed on Sept. 9 despite objections from opposition parties.