The cold wave watch will be applied to the capital city and the surrounding Gyeonggi Province, the administrative city of Sejong and central Chungcheong Province, as well as Gangwon Province in the east, as of 11 p.m., the Korea Meteorological Administration (KMA) said.

A cold wave notice is announced when the lowest temperature in the morning is forecast to drop by 10 degrees Celsius from the day before, or falls to 3 degrees Celsius or lower.

Parts of the regions are forecast to receive as much as 3 centimeters of snow, the weather service said.

The early morning temperature for Tuesday is projected to range from a low of minus seven degrees to a high of seven degrees Celsius nationwide, dipping from Monday's 3-15 degrees, the KMA said.

Seoul and parts of Gyeonggi Province will likely see the mercury drop by at least 10 degrees from the previous day.

The highest temperature for the day is forecast at about 3-11 degrees.

Southern parts of Gyeonggi and Jeolla region in the country's south, and southern mountainous areas in the southernmost island of Jeju, will likely receive rainfall of less than 5 millimeters.

The cold wave watch is expected to be lifted on Tuesday around noon, according to the weather agency. 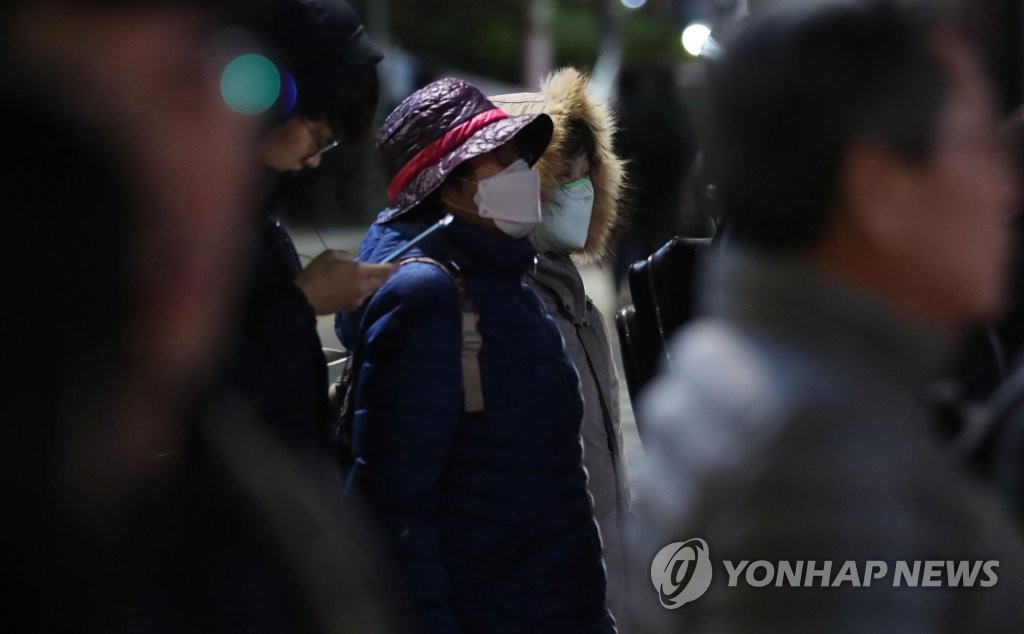