SEOUL, Nov. 19 (Yonhap) -- Kia Motors Corp. said Tuesday its cumulative vehicle production in the United States has surpassed 3 million units since it entered the world's most important automobile market a decade ago.

Kia built a US$1.2 billion plant in Georgia as its third overseas plant after ones in China and Europe. The U.S. plant began production in November 2009.

The 340,000-unit-a-year plant currently produces the K5 sedan, and the Sorento and the Telluride SUVs.

Kia sold 513,605 vehicles in the U.S. market in the January-October period, up 3.3 percent from a year earlier. The three models assembled in the Georgia plant accounted for 40 percent of the company's overall U.S. sales in the first 10 months, Kia said in a statement.

To meet rising demand for the Telluride, Kia plans to increase the production volume of the flagship SUV to over 80,000 units this year, up from 60,000 units it set previously, it said.

Kia launched the Telluride in the U.S. in February this year, and it is sold only in North American markets. 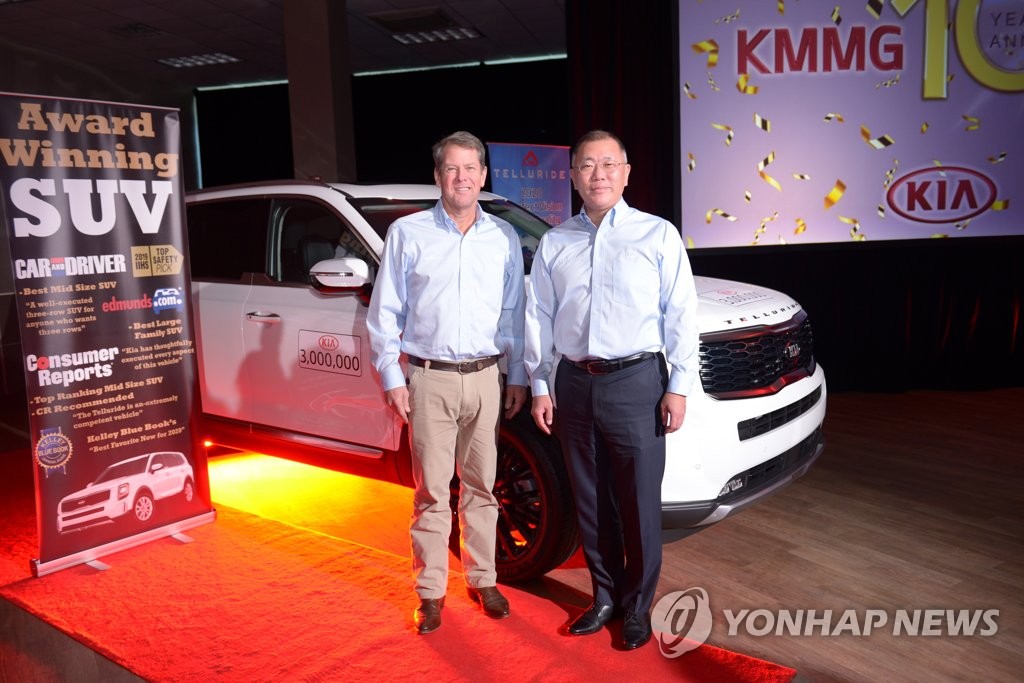