SEOUL, Nov. 19 (Yonhap) -- Defense cost-sharing talks between South Korea and the United States were abruptly cut short Tuesday as the U.S. negotiators walked out of the meeting and accused Seoul of making proposals falling short of "fair and equitable burden sharing."

The unexpected ending underlined wide differences between the two sides after Washington's reported demand for a fivefold increase in Seoul's sharing of the cost of the upkeep of about 28,500 American troops stationed in South Korea.

The latest round of negotiations, which began Monday, was supposed to last through Tuesday. But Tuesday's second day of talks ended in about an hour as the U.S. negotiators left the meeting, South Korean officials said.

"Unfortunately, the proposals that were put forward by the Korean team were not responsive to our request for fair and equitable burden sharing," James DeHart of the U.S. State Department told local media shortly after the talks ended.

"As a result, we cut short our participation in the talks today in order to give the Korean side some time to reconsider and, I hope, to put forward new proposals that would enable both sides to work towards a mutually acceptable agreement," he said. "We look forward to resuming our negotiations when the Korean side is ready to work on the basis of partnership on the basis of mutual trust." 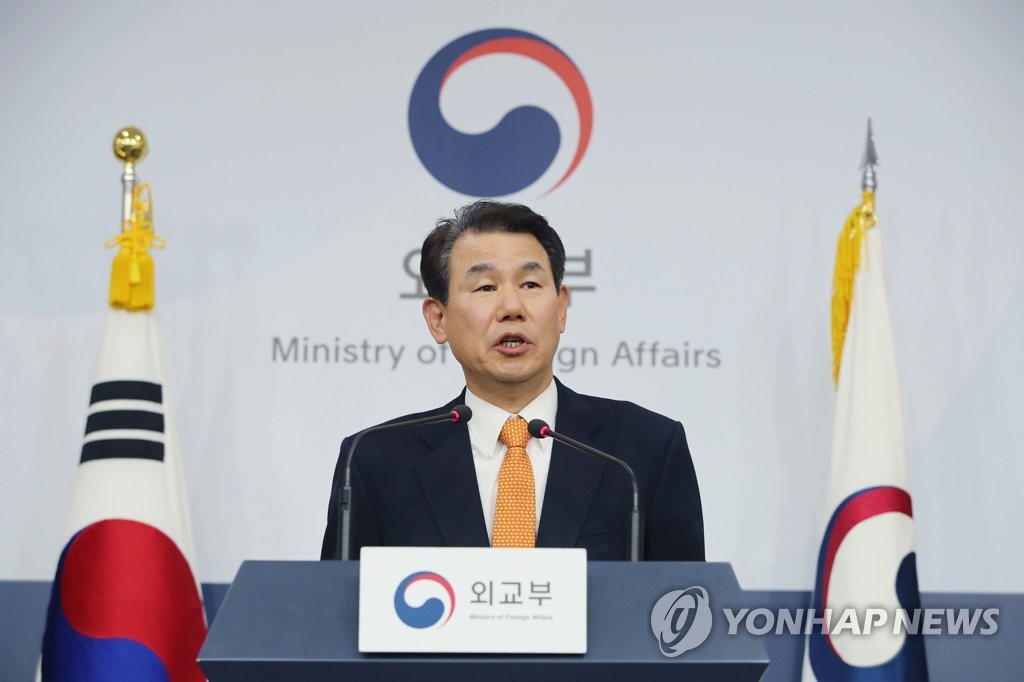 Confirming that the two sides remain far apart, South Korea's chief negotiator Jeong Eun-bo vowed to work "with patience" and make efforts to produce a deal that is "mutually acceptable."

"In principle, we have declared a burden sharing that is mutually viable. However, it is true that there is a significant difference between the overall proposal from the United States and our position in principle," he told a press briefing.

"We will continue to strive with patience to make sure the sharing comes in mutually acceptable terms."

When asked by reporters which side first suggested ending the talks, Jeong said, "It was the U.S. that walked out of the talks."

The South's foreign ministry explained earlier that the U.S. called for a drastic increase in Seoul's share.

"The U.S. side holds the position that the share of the defense cost should increase drastically by establishing a new article (in the cost-sharing deal), while our side maintains the increase should be within the range that is mutually acceptable within the framework of the SMA that the South and the U.S. have agreed on over the last 28 years," the ministry said.

It was referring to the Special Measures Agreement (SMA), the defense cost-sharing accord. 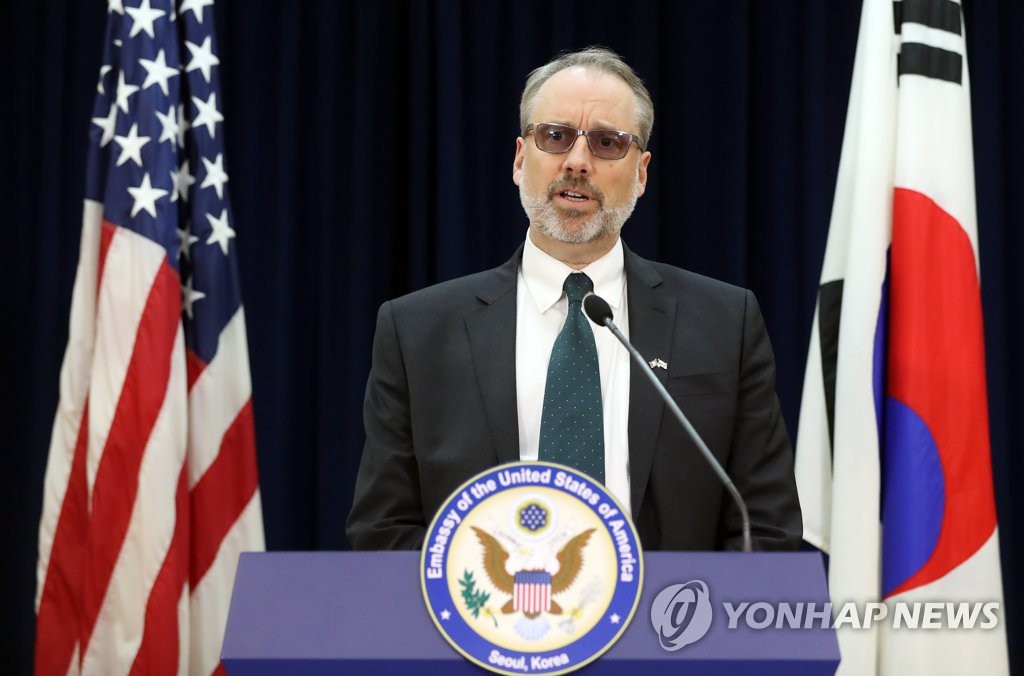 "In any case, our side plans to do our best to ensure we will take a fair share at a reasonable level that contributes to strengthening the South Korea-U.S. alliance and the combined defense posture," it added.

"It is the U.S. that hopes for the new article. Again, I want to emphasize that we have our principled position in that regard," Jeong said during the briefing.

Reports have said the U.S. has demanded South Korea pay nearly US$5 billion next year to cover expenditures related to the allies' combined military exercises and support for the USFK troops' families.

Under this year's SMA, which is set to expire at the end of the year, Seoul agreed to pay US$870 million.

Over the last week, civic groups here have been upbraiding Washington for its pressure on Seoul to significantly jack up its financial contributions to the USFK, calling the U.S. demand an "extortion of taxpayers' money."