SEOUL, Nov. 19 (Yonhap) -- SK Telecom Co. said Tuesday it has launched a virtual reality (VR) zone in partnership with major IT companies at home and abroad to provide various content available on its 5G network.

As VR content needs a compatible headset, SK Telecom said it collaborated with social networking giant Facebook to launch the head-mounted display Oculus Go for 238,000 won (US$204) in the domestic market. 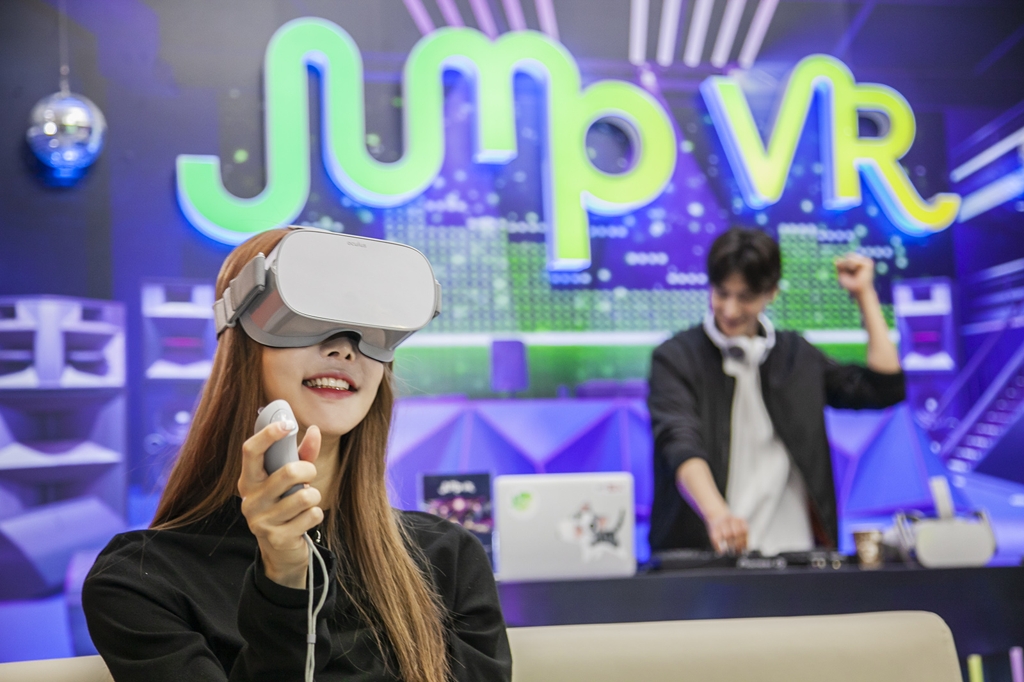 The telecom operator also joined hands with Kakao, the nation's No. 1 chatting app, to create a theme with the latter's famous cartoon characters, while partnering with local game firm Nexon to develop VR games.

It is the first joint project since SK Telecom and Kakao signed a 300 billion-won share swap deal in late October to boost their business partnership.

SK Telecom said it plans to support various languages and expand cloud server capacity in the first half of 2020 to enable users from different countries to communicate with each other in the VR playground.

The company said it aims to increase the number of monthly VR users from the current 100,000 to 1 million next year by offering various content in partnership with other industry players.