"I thought I have experienced a lot of film genres in my career. But 'Ashfall' is my first disaster film," Lee said at a press conference in Seoul. "It has inherent thrill and tension from beginning to end, which is crucial for a disaster movie."

Co-directed by Lee Hae-jun and Kim Byung-seo, "Ashfall" is Lee Byung-hun's first silver screen project in almost two years since his last comedy film "Keys to the Heart." Last year, he appeared on the small screen in the period drama "Mr. Sunshine." 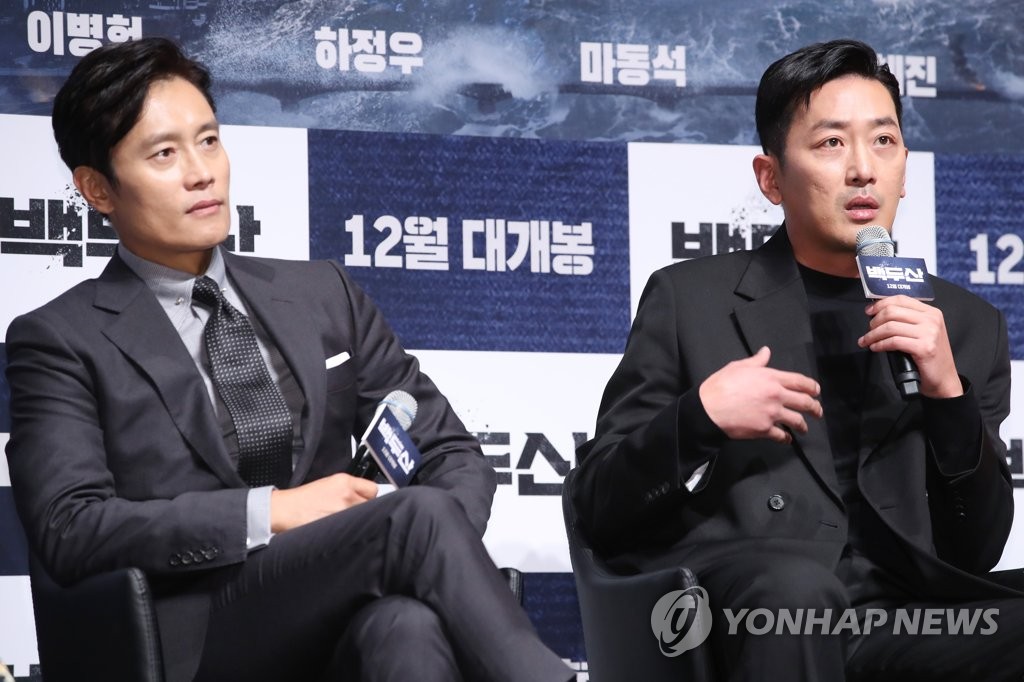 The new film is about a group of people who team up to stop the volcanic explosion of Mount Paekdu located at the northern tip of the Korean Peninsula. Its historic eruption that happened about a thousand years ago was so enormous and powerful that its ash even flew to Japan.

Lee plays the role of Lee Joon-pyeong, a North Korean spy agent, who has to join hands with a South Korean special forces team captained by Jo In-Chang (Ha Jung-woo) to prevent a possible volcanic eruption of the North Korean mountain.

"Ashfall" is one of the most anticipated films of 2019 for its production house, Dexter Studios, which is behind the smash hit series of "Along With the Gods," and its all-star cast including Lee, Ha and singer-turned-actress Bae Suzy.

It is the first time that the two most bankable male stars in the South Korean film industry will appear in the same film together.

For this movie, Lee, who has more than 30 movies in his filmography since his debut in 1995, learned North Korean accents and even Chinese and Russian.

"Its screenplay was so powerful that I could read it in one stretch," he said. "It's also kind of a buddy film as I act with Ha. I'm looking forward to it a lot."

Ha, who has also carved out a new career as a filmmaker with four movies, including "Fasten Your Seatbelt" and "Take Point," said "Ashfall" has something different in dealing with the disaster-torn characters.

He said in spite of the catastrophe, when all people become desperate and hopeless, the heroes of the movie are not engrossed in despair. They sometime have leeway for humor and wit and feel a deep sense of camaraderie and friendship.

"I like this movie because the characters are not monotonous," Ha said. "We don't feel sad and frustrated around the clock. The movie catches that balance between frustration and humor."

He said the on-screen chemistry between him and Lee created a synergy that maximizes the tension and friendship in the film.

On top of the two huge names, superstar Ma Dong-seok takes the important role of Kang Bong-rae, an expert on Mount Paekdu and its possible eruptions, and appears alongside the actresses Jeon Hye-jin and Bae Suzy.

"This movie doesn't focus on the survival of the characters in the tragedy, but concentrates on the stories of each person who tries to protect something valuable," Kim Byung-seo, one of the co-directors, said. 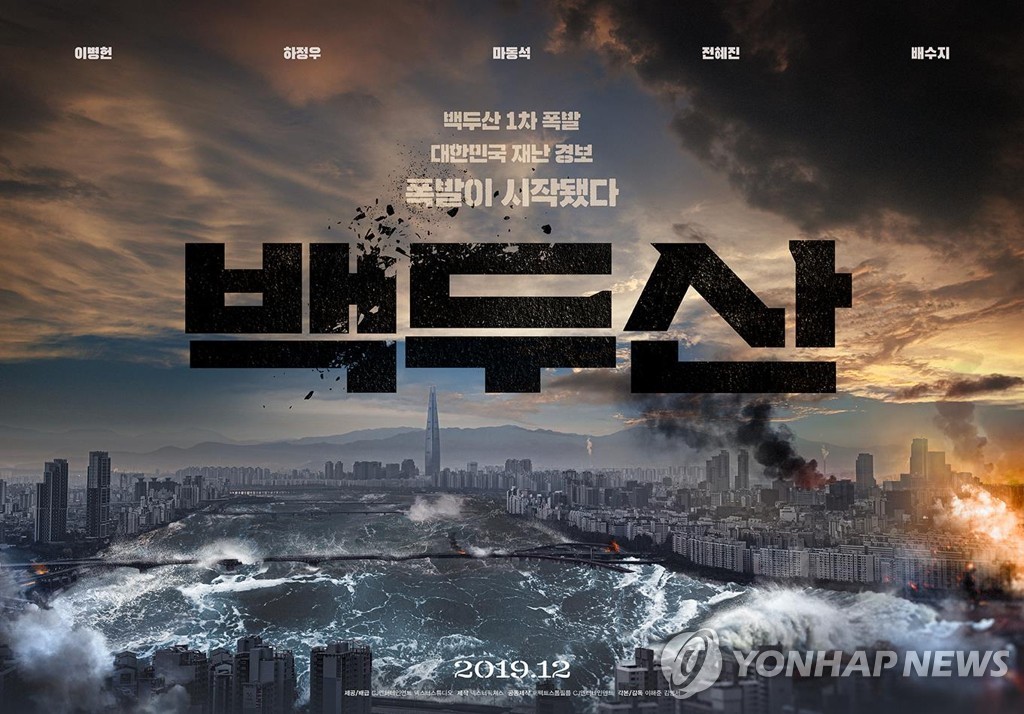