ABU DHABI, Nov. 19 (Yonhap) -- South Korea were blanked by Brazil 3-0 in their men's football friendly match in Abu Dhabi on Tuesday, suffering their biggest loss of the year while failing to score for the third straight contest.

Lucas Paqueta, Philippe Coutinho and Danilo had a goal apiece at Mohammed Bin Zayed Stadium in Abu Dhabi, as Brazil, world No. 3, snapped their five-match winless streak at the expense of 39th-ranked South Korea.

South Korea now have five losses and one win against Brazil.

This was only South Korea's second loss of 2019, and marked the first time they allowed more than two goals since a 3-1 loss to Bosnia-Herzegovina on June 1, 2018. 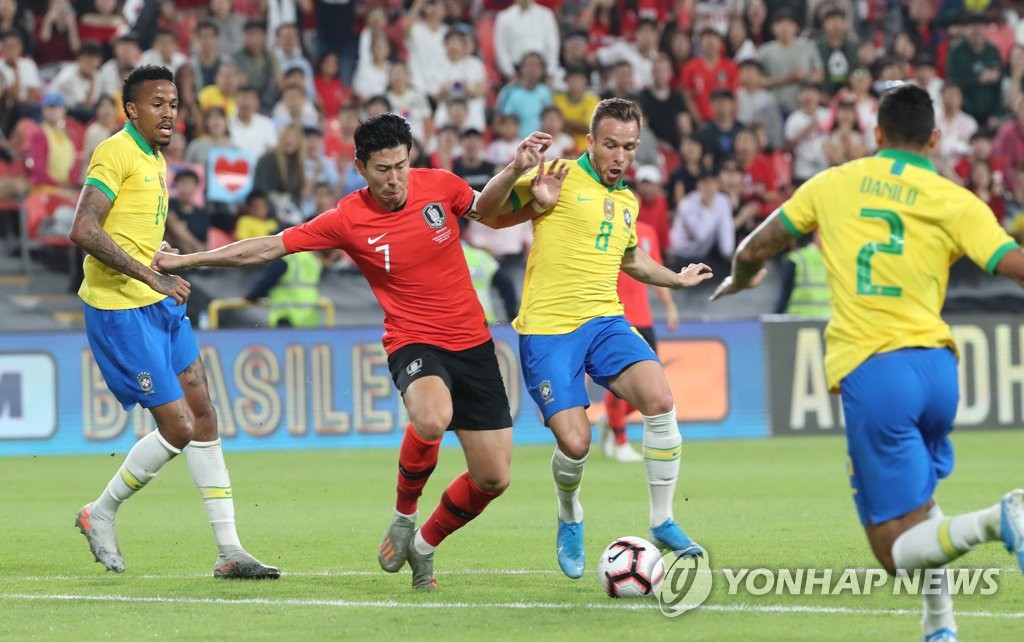 Brazil broke the ice in the ninth minute while putting on a passing clinic. From just outside the box, Coutinho danced his way past Ju Se-jong and found Renan Lodi charging down the left side. Lodi then sent a cross for Paqueta, who scored on a diving header that beat goalkeeper Jo Hyeon-woo.

Son Heung-min tried to respond for South Korea in the 15th minute, though his left-footed strike from the middle bounced right into the arms of Alisson in the Brazilian net.

That was about the only open look in the first half for Son, who was often double- or triple-teamed whenever he had the ball.

Coutinho doubled Brazil's lead with a brilliant free kick from just outside the left edge of the box in the 36th minute. Jo never had a chance against the bending shot that sailed just over the South Korean wall and into the top left corner.

About six minutes later, Coutinho nearly put one into his own net. Alisson stopped Jung Woo-young's free kick and the rebound went directly back to Coutinho, whose initial clearing attempt rattled the left post. The ball bounced right back to Coutinho and he kicked the ball out of harm's way on his second try. 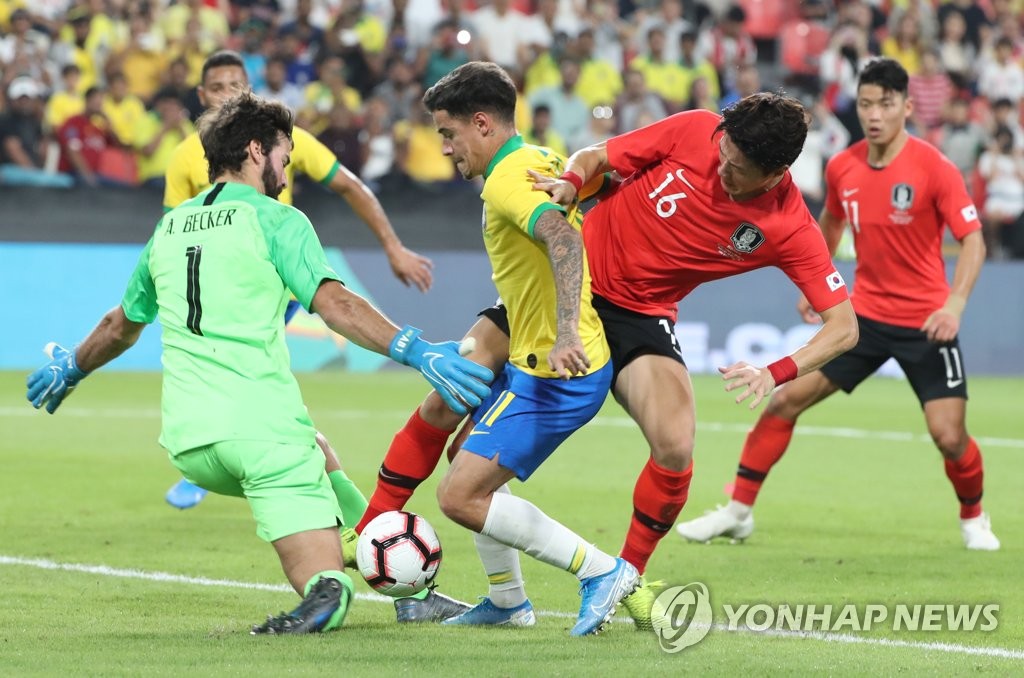 South Korea had some promising moments early in the second half, but at the hour mark, defender Danilo made it 3-0 for Brazil.

Lodi's pass from the left wing hit a South Korean defender on its way to the middle of the arc, and Danilo came sprinting in to strike one past Jo for his first international goal.

South Korea tested the Brazilian defense midway through the second half but Alisson stood his ground. In the 72nd, Kim Jin-su stripped Paqueta of the ball just outside the box and drove a hard shot that Alisson turned aside. Then three minutes later, Son tried to curve one in from top of the box, but Alisson barely had to move from his spot in the middle of the net as he punched the ball out of play.

South Korean sub Kwon Chang-hoon saw his shot also go right to Alisson in the 83rd, as South Korea failed to get on the board for the third straight match. 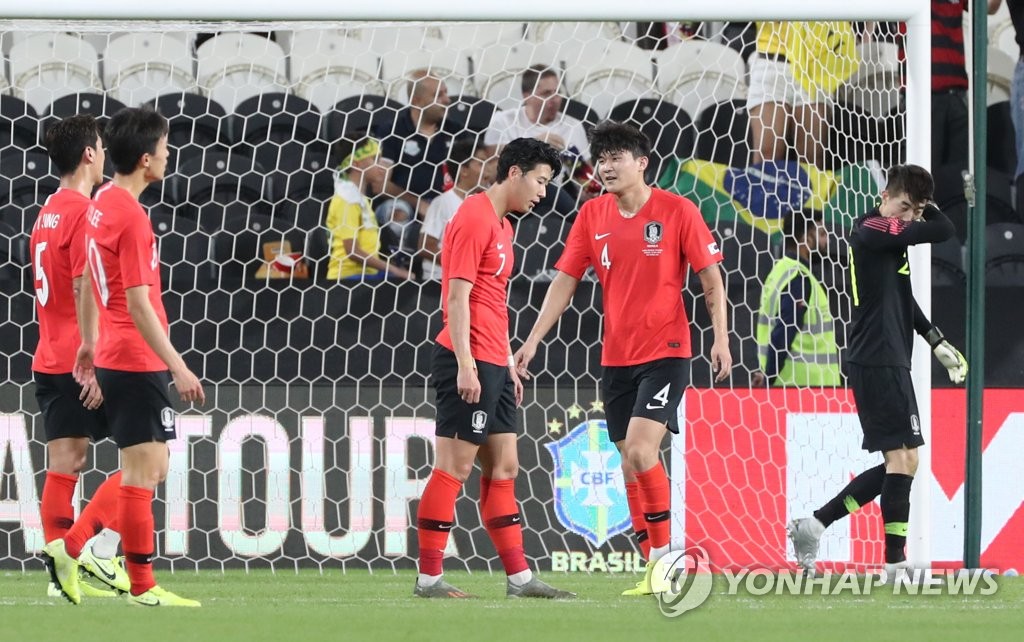