Esper was asked the question during a briefing with reporters near Manila, the Philippines, after the U.S. walked out of defense cost-sharing negotiations with South Korea in Seoul.

The U.S. is reportedly seeking an increase of Seoul's contribution to $5 billion from the current $870 million for this year to support the upkeep of 28,500 American troops stationed in the Asian ally. 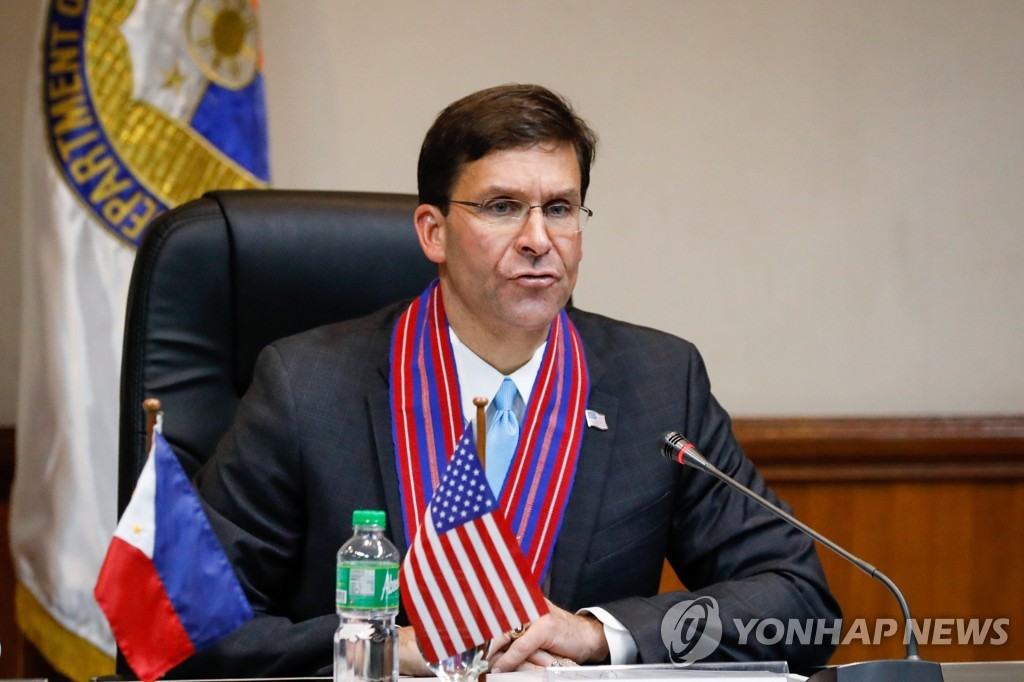 "I'm not going to prognosticate or speculate on what we may or may not do," Esper said when asked what steps the U.S. would take if no deal is reached before the end of the year, and whether the U.S. would consider reducing forces in the South.

"The State Department has the lead in these discussions, and I'm sure they are in capable hands. We just take this one step at a time," Esper continued, in footage of the press conference posted on the Pentagon's website.

Citing earlier comments he made on a trip to Seoul last week, Esper also said South Korea is a wealthy country that "can and should contribute more."

On North Korea, the Pentagon chief maintained that the allies remain ready to respond to any provocation. Just days earlier, the South and the U.S. announced they were postponing combined military exercises to support diplomatic efforts to denuclearize the regime.

"Fight tonight" is a slogan used by the allied forces.

Esper earlier described the exercises' postponement as an act of goodwill and urged the North to return to denuclearization negotiations without hesitation.

The North scoffed at the move, saying what Pyongyang wants is a complete end to the exercises.