Bento returned home Wednesday from a disappointing trip to the Middle East. South Korea was held to a scoreless draw by the underdogs Lebanon in the second round of the Asian World Cup qualifying campaign in Beirut last Thursday, and then lost to Brazil 3-0 in a friendly in Abu Dhabi on Tuesday. 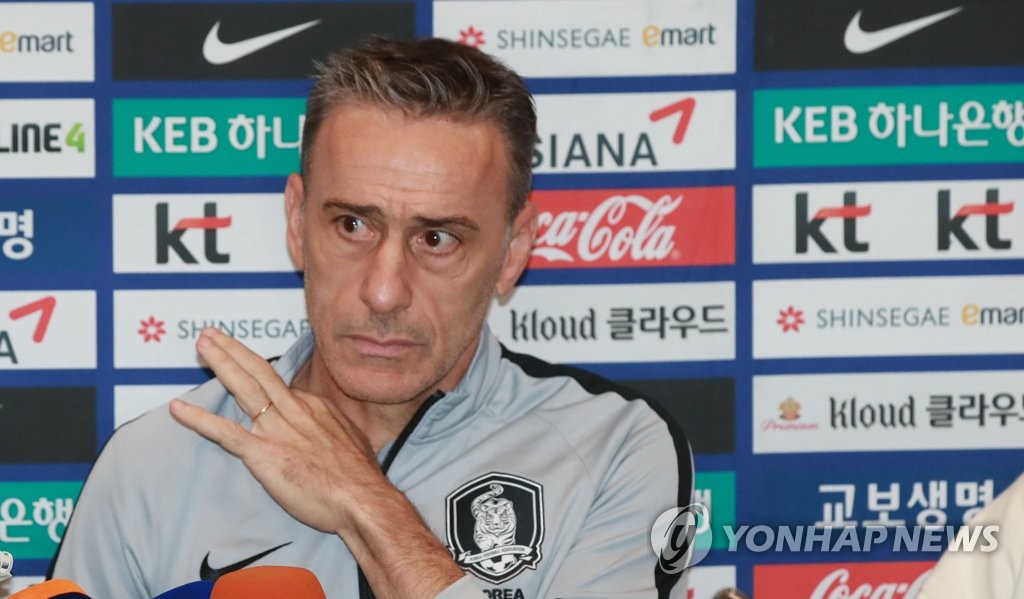 South Korea have now been held scoreless in their last three matches, the longest such streak since Bento took the helm in September last year.

But the coach defended South Korea's penchant for buildup play, in which the offense starts with defenders or even the goalkeeper playing the long ball.

"I think the buildup style of play is best suited for the South Korean team," Bento told reporters at Incheon International Airport, when asked if he felt it was the right strategy to play with the team struggling to produce expected results.

"That's why I've continued to use it, and I'll try to improve it," Bento added.

After four matches in the World Cup qualifying tournament, South Korea are in second place with eight points from two wins and two draws. Turkmenistan, who have played one more match, are in first place with nine points, thanks to three wins and two losses. 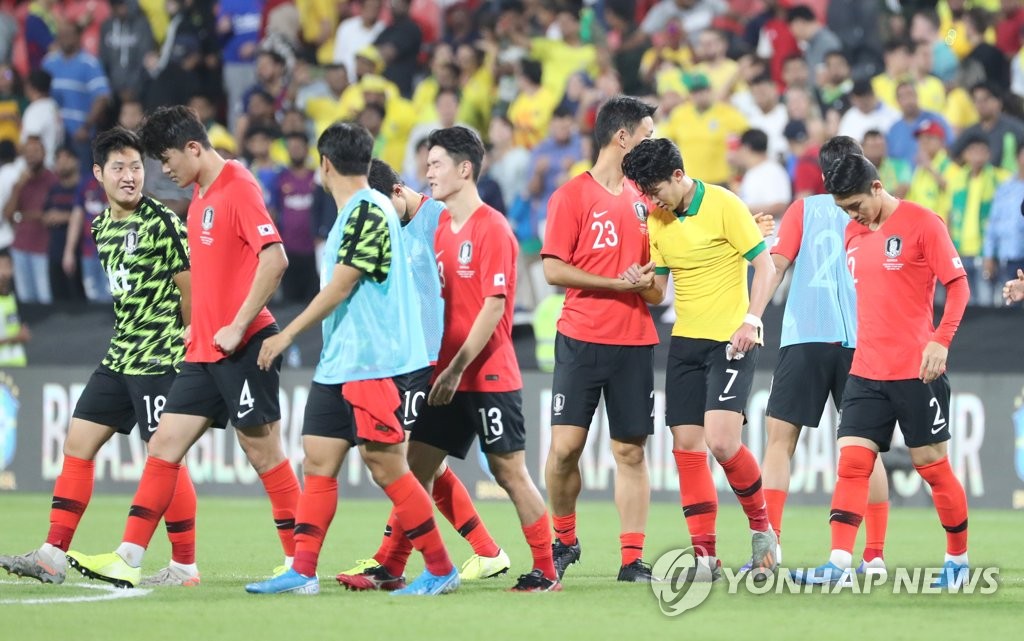 As for the team's goalless drought, Bento said, "The important thing is to generate as many scoring opportunities as possible. We tried to do exactly that against Brazil, and we have to become more efficient around the net."

Bento added that his players had difficulty with their buildup against Brazil because of their defenders' pressure.

"I saw some positive things with the way our buildup play led to offensive chances," Bento said. "The more important thing is for us to be more efficient with that."