"The Japanese move would damage South Korea and Japan, and significantly weaken a global value chain," Finance Minister Hong Nam-ki said in a meeting with officials at a chemical firm's research center in Ansan, a city located about 40 kilometers southwest of Seoul. 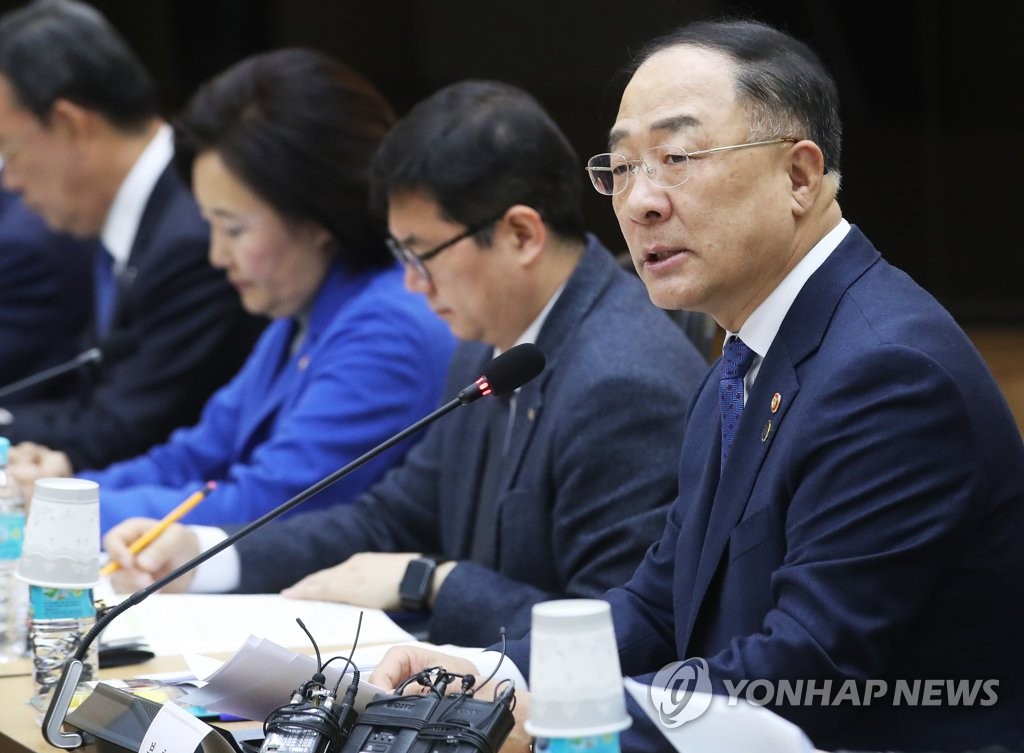 The meeting is the latest in a series of South Korea's efforts to boost competitiveness in industrial materials, parts and equipment, and to reduce South Korea's heavy reliance on Japan in the key industrial sector.

On Tuesday, South Korea and Japan failed to narrow their differences during their second round of talks in Geneva aimed at resolving their dispute over Tokyo's export restrictions.

South Korea's chief negotiator Chung Hae-kwan said South Korea will conduct a comprehensive review of options, including requesting the establishment of a panel at the dispute settlement body of the World Trade Organization.

South Korean companies in four key sectors, including semiconductors, automobiles and electronics, are set to invest a combined 180 billion won (US$154 million) from 2019 to 2024 as part of efforts to work together to develop industrial technologies for mass production.