During his visit to Tokyo on Nov. 5, Moon proposed that South Korean and Japanese companies make financial contributions to creating a foundation with citizens of the two countries making voluntary donations.

"The Korean government now has limited room in terms of what it can do to address the dispute as Japan has taken a very aggressive stance since the Supreme Court rulings last year," his aide said on condition of anonymity.

"Speaker Moon appears to believe that he needs to help address the issue based on his own political determination, even if there may be opposition in some quarters," the aide added.

Japan has taken issue with the Korean top court's rulings that ordered Japanese firms to compensate victims of forced labor. It argues that all reparation issues stemming from its colonial rule were settled under a 1965 accord aimed at normalizing bilateral relations.

Based on such a stance, Japan has opposed any proposal that would results in Japanese firms incurring financial burden.

The speaker's staff are said to have met the victims and their supporters to solicit their opinions and coordinate the drafting of a bill on the forced labor issue. 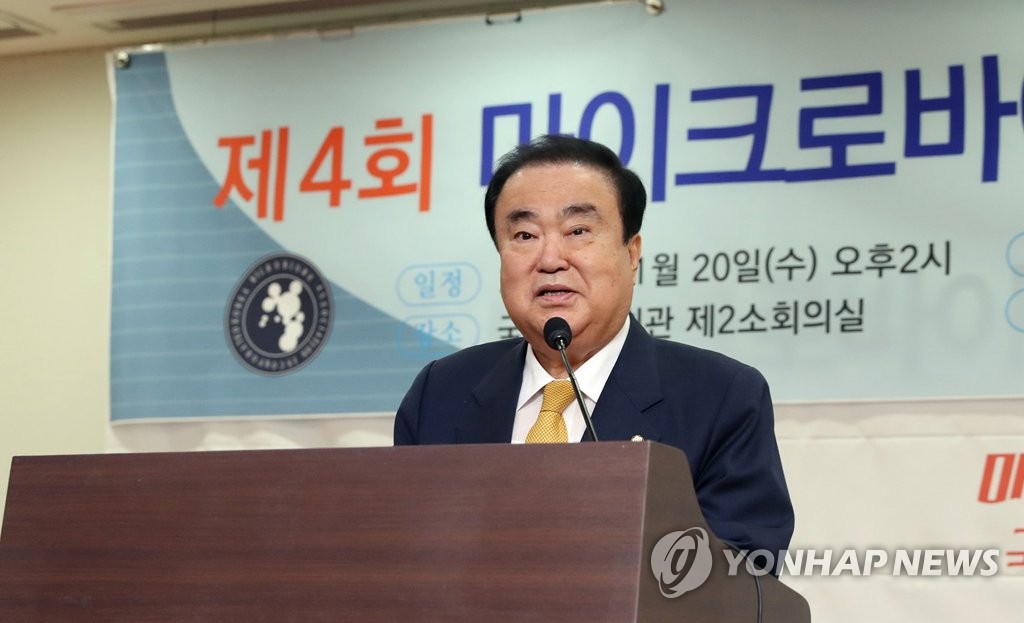