SEOUL, Nov. 21 (Yonhap) -- South Korea apparently left the door open Thursday for a dramatic eleventh-hour deal with Japan on a bilateral military information-sharing pact, a day before it is slated to expire.

Officials here made clear, however, the General Security of Military Information Agreement (GSOMIA) is to expire at 12 a.m. on Saturday unless Tokyo changes tack and withdraws its export restrictions against Seoul.

They agreed to continue "close consultations with major countries concerned" and talked about ways to deal with "various relevant situations," it added in a two-paragraph press release. The meeting was presided over by Chung Eui-yong, director of Cheong Wa Dae's national security office. 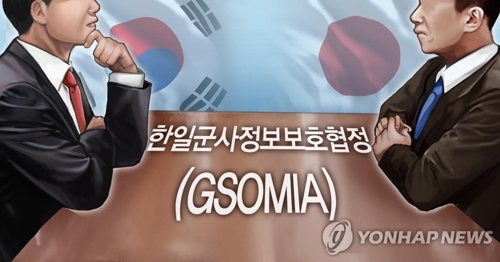 It was the last regular NSC standing panel session before the GSOMIA deadline.

With the brief statement lacking details, Cheong Wa Dae appeared to be seeking some strategic ambiguity on the fate of the three-year-old accord.

Indeed, chances seem low that Seoul and Tokyo will strike a deal to turn the situation around anytime soon, but South Korea is pinning hopes on continued diplomatic consultations with Japan. 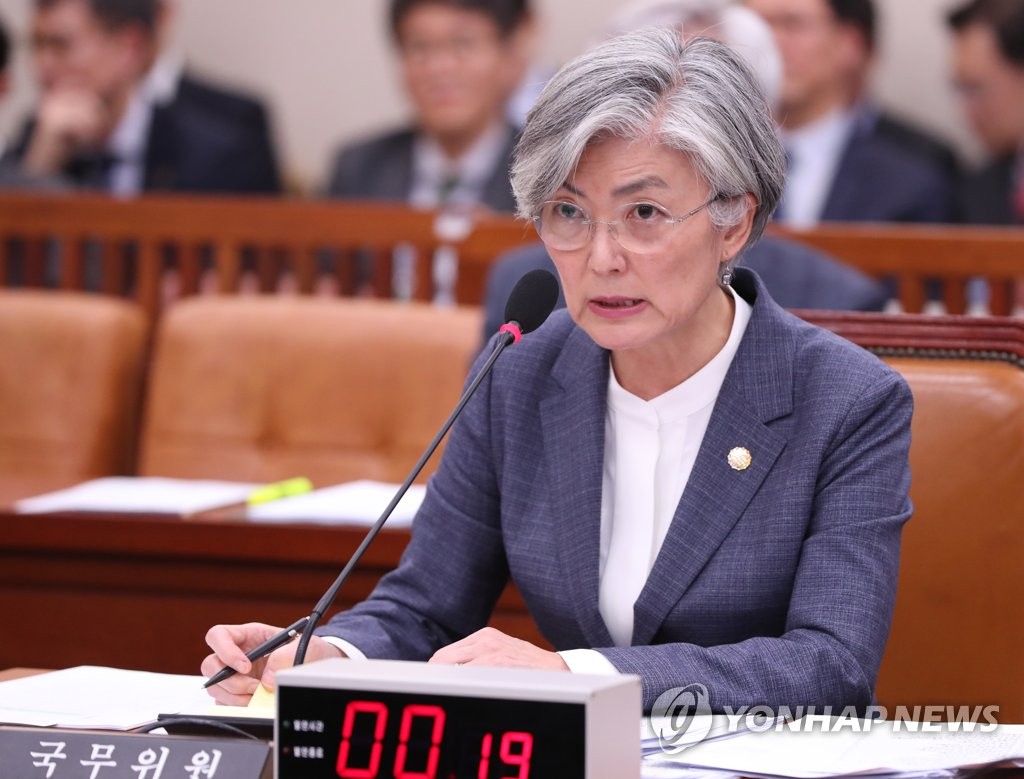 Kang Gi-jung, senior Cheong Wa Dae secretary for political affairs, said Seoul and Tokyo are "in dialogue," with both of the scenarios -- extending the agreement and ending it -- open.

The diplomats of the two sides are in talks and giving their utmost efforts, and the bargaining is nearing an end, he told Hwang Kyo-ahn, head of the main opposition Liberty Korea Party. Hwang is staging a hunger strike to protest against the liberal Moon Jae-in administration's major policies, including the decision to ditch GSOMIA. 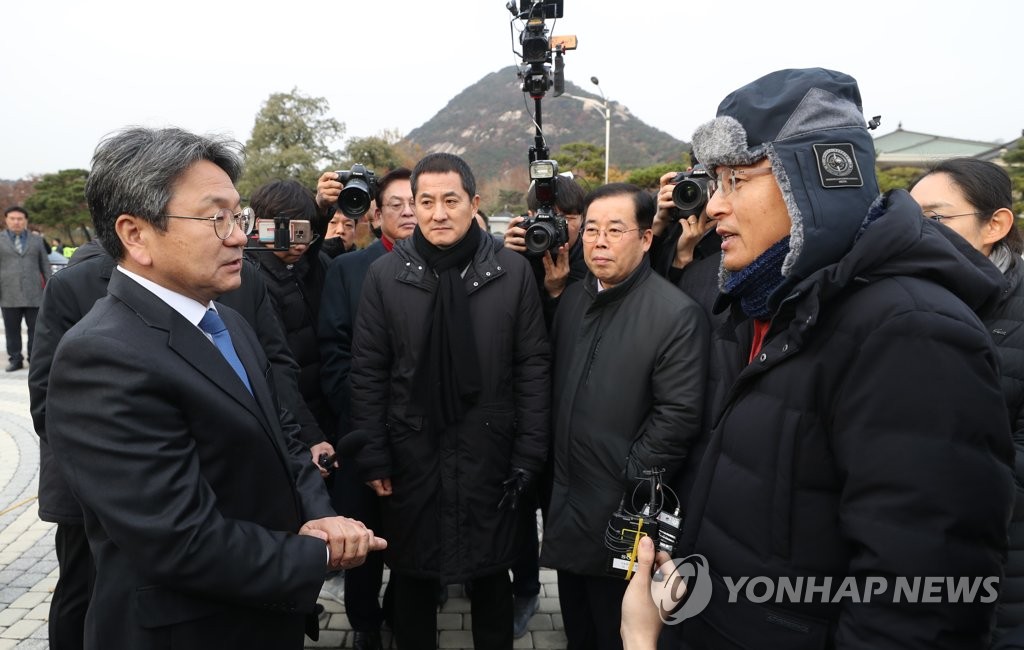 Speaking at a town hall meeting Tuesday, President Moon made it clear it is difficult to share military information with Japan, which regards Seoul as an "unreliable" security partner. Imposing export controls against South Korea, the Japanese government cited concerns about strategic materials being transferred illegally to North Korea or third countries.

Moon said his government will try "till the very last moment" to keep GSOMIA alive, as the United States has strongly called for the extension of GSOMIA, which it views as crucial in trilateral security partnerships in Northeast Asia.

Kim Hyung-chong, a deputy chief of the presidential national security office, reportedly made an unannounced trip to Washington, D.C., earlier this week. Kim is a member of the NSC committee.

Some media here raised the possibility that South Korea will seek to bolster the function and role of the existing Trilateral Information Sharing Arrangement (TISA), which uses Washington as an intermediary, as a way to maintain military information sharing with Japan.

Another topic that might have been addressed in the NSC meeting is Washington's demand that Seoul drastically raise its financial contribution to the U.S. Forces Korea.