The unveiling of the SUV concept is in line with Hyundai Motor's stepped-up efforts to strengthen its SUV lineup amid rising demand for recreational vehicles.

Hyundai applied its "Sensuous Sportiness" design to the plug-in hybrid SUV concept. Sensuous Sportiness is defined by the harmony between four fundamental elements in vehicle design -- proportion, architecture, styling and technology -- the company said in a statement. 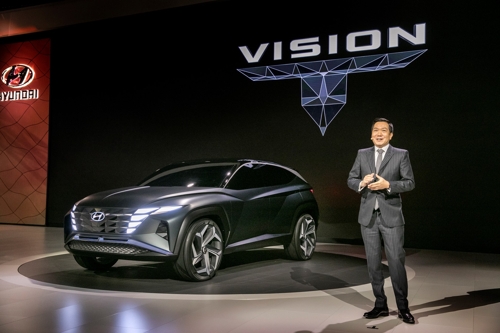 The new design language was already applied to six models that include the all-new Sonata midsize sedan launched in March and the upgraded Grandeur sedan that made a market debut early this week.

The Vision T concept also comes with a parametric air shutter grille that remains shut at standstill but opens in motion, helping the car improve fuel efficiency, the company said.

Hyundai also introduced the RM19 high-performance concept car with a 2.0-liter turbo GDI engine at the media day for the LA Auto Show scheduled to run at the LA Convention Center from Friday to Dec. 1 (local time), it said.

The maker of the Sonata sedan and the Palisade SUV began to develop a high-performance model under the project name of Racking Midship in 2012 as part of efforts to improve its brand image in global markets.

Separately, Hyundai displayed the G90 flagship sedan under its independent luxury brand Genesis at the show ahead of its planned launch in the U.S. market next year.

The company plans to launch the G90 mated with a 3.3-liter turbocharged gasoline or a 5.0-liter gasoline engine with an eight-speed automatic transmission. 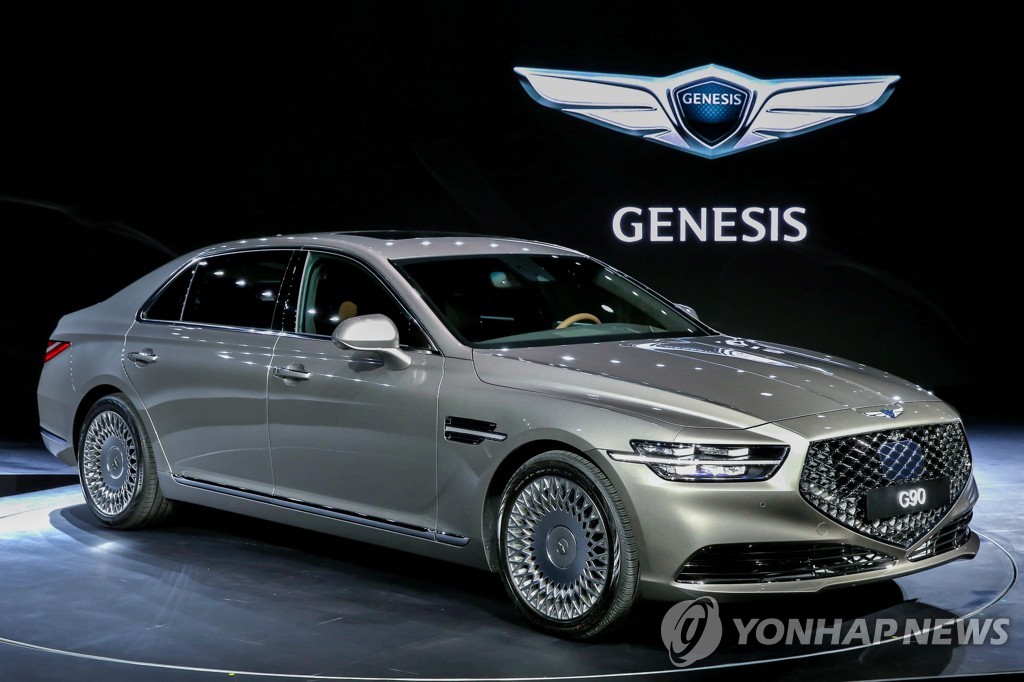