PARIS, Nov. 21 (Yonhap) -- The Korean Cultural Center in Paris has reopened at the heart of the French capital as South Korea's foothold for its "hallyu" diplomacy on the European continent.

The new Korean Cultural Center went into operation with an official opening ceremony on Thursday at a seven-story building named Paris Korea Center, located near Paris' Champs-Elysees and the Elysee Palace in the 8th arrondissement.

The building, called "Centre Culturel Coreen" in French, also houses the French branches of South Korea's Korea Tourism Organization and Korea Creative Content Agency as well as the fourth largest of South Korea's 32 cultural centers abroad and the first such multifunction center in Europe, according to the Ministry of Culture, Sports and Tourism.

The Korean Cultural Center first opened on the bottom floors of a residential building in Paris' 16th arrondissement in 1980 as Korea's first cultural diplomacy body in Europe.

The relocation to the new building, five times as spacious as the previous location, reflects increasing recognition of Korean culture in Paris and the broader European region as well as a need to meet growing demand for Korean cultural content here.

The South Korean government poured in 65.1 billion won (US$55.3 million) to purchase the building at the center of Paris in 2016, and the construction took the ensuing three years to finish up the work to turn it into a center with a 120-seat concert hall, an exhibition room and a library. 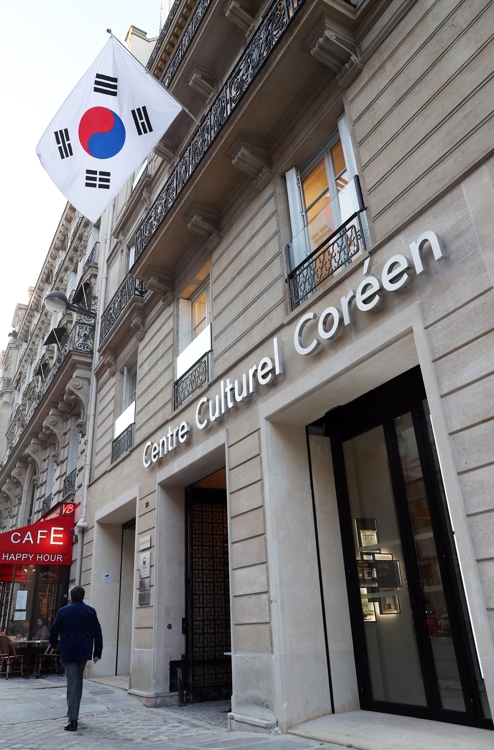 Some 500 officials from the two countries gathered together Wednesday evening to celebrate the opening in the ceremony, including Korean Culture Minister Park Yang-woo and Korean Ambassador to France Choi Jong-moon.

"I hope that the cultures of Korea and France could meet up and encourage each other in this reopening of the Korea Center so that it could gracefully contribute to the cultural history of Europe and the broader world as well as the two countries," Minister Park said in his celebratory speech on Wednesday.

Speaking to Korean media, Pellerin said she saw a steep increase in French people's interest in Korean culture over the past few years.

"I think French interest in Korean films, foods, beauty products, fashion and K-pop may continue to grow," she said, adding that the opening of the new Korean center could help spread the interest. 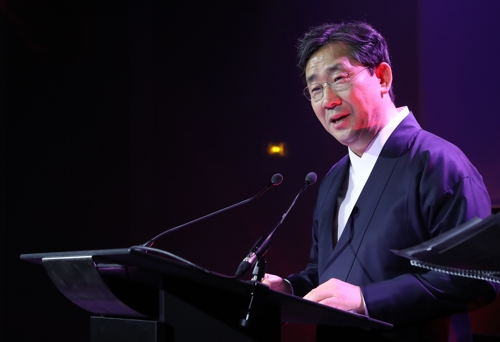 A range of culture events accompanied the opening ceremony, including a piano performance by Sunwoo Yekwon, a Korean craft exhibition as well as a reception dinner featuring Korean cuisine.

Going forward, the center will also celebrate its opening with the French public through a series of concerts, exhibitions and conferences featuring Korean culture content. 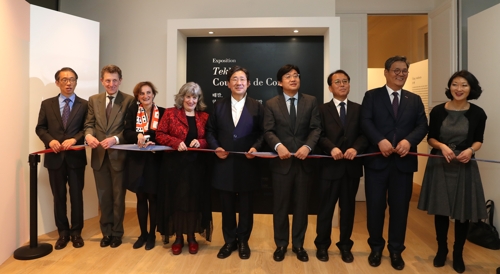