SEOUL, Nov. 21 (Yonhap) -- South Korean animal welfare activists said Thursday they will petition the Constitutional Court next month against the government for not curbing dog meat consumption and slaughterhouses.

Members of KARA (Korea Animal Rights Advocates) and the PNR (People for Non-human Rights) said in a news conference the government has infringed on citizens' basic rights by neglecting its duties to crack down on such illegalities.

"As the government failed to exercise its law enforcement power properly, the basic rights of citizens who live near illegal slaughterhouses or whose canine companions were stolen are violated," said Suh Cooc-hwa, a co-president of PNR, which consists of lawyers and researchers.

About 700 people have joined the campaign, according to the groups. They will recruit more petitioners before going to court early next month.

They claim the dog is not included in the list of legal food materials rigorously regulated by the government under the Food Sanitation Act.

All canine slaughterhouses are illegal, they said, because the dog is not classified as livestock, which can be disposed of at licensed slaughterhouses.

The groups also plan to formally request the Seoul metropolitan government soon to crack down on dog meat restaurants. 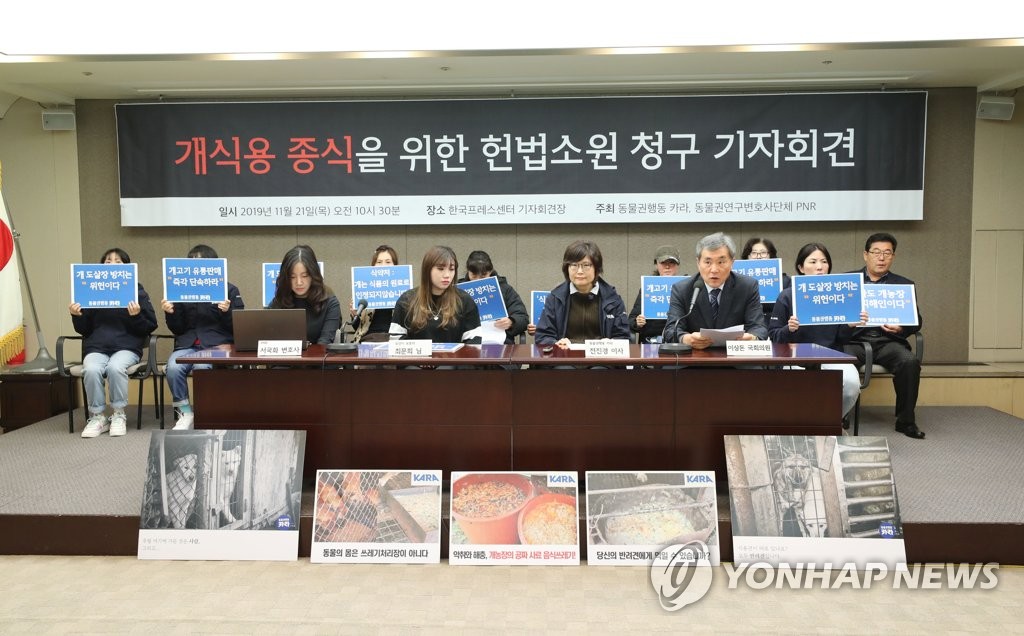