SEOUL, Nov. 21 (Yonhap) -- South Korean baseball club Lotte Giants have filled a glaring hole at the catcher position in a two-for-two trade completed Thursday, while another team, the SK Wyverns, have added their second veteran slugger in as many days. 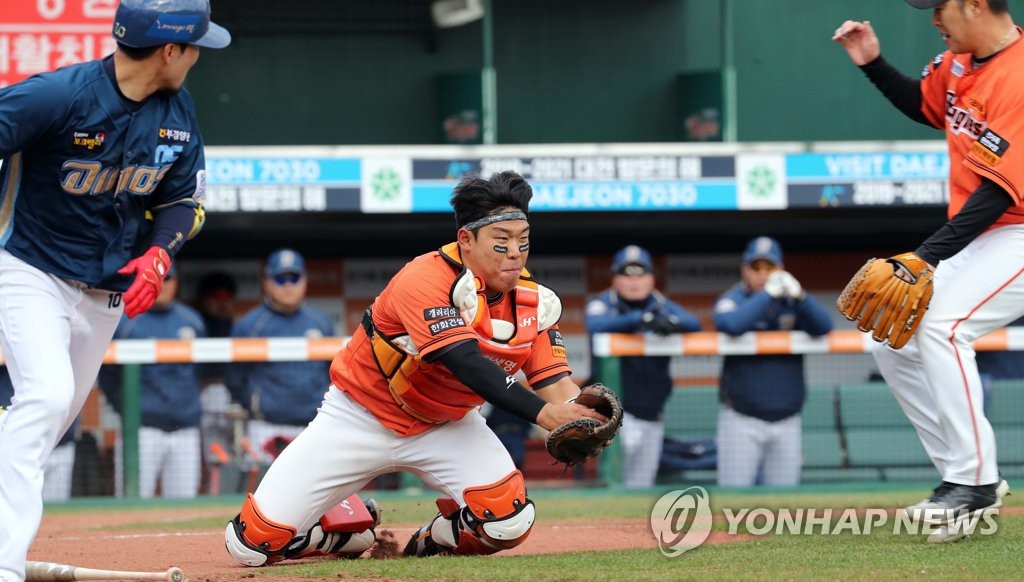 The Giants finished dead last in the 10-team Korea Baseball Organization (KBO) this year, while getting little production from their catchers. The Giants had the lowest batting average, fewest RBIs and lowest wins above replacement (WAR) from their catcher position in 2019, and other metrics showed their backstops were collectively the KBO's worst defensive unit.

Rather than spending big on a free agent or selecting players left unprotected by other teams in Wednesday's secondary draft, the Giants chose to make what could turn out to be a shrewd trade.

Ji, 25, appeared in 157 games over the past two seasons as a backup catcher with the Eagles, batting .275 in 2018 and .250 in 2019. He was blocked by Choi Jae-hoon on his previous team, but the Giants are hoping Ji will develop into a regular backstop given the opportunity.

In another trade Thursday, the Wyverns brought in infielder Yoon Suk-min from the KT Wiz and dealt away backup catcher Hur Do-hwan and 200 million won (US$169,780) in cash.

Yoon, 34, gives the Wyverns another right-handed power bat. He hit 20 home runs and 19 home runs in 2017 and 2018, respectively, for the Wiz, before managing only two in 63 games this year while battling injuries. 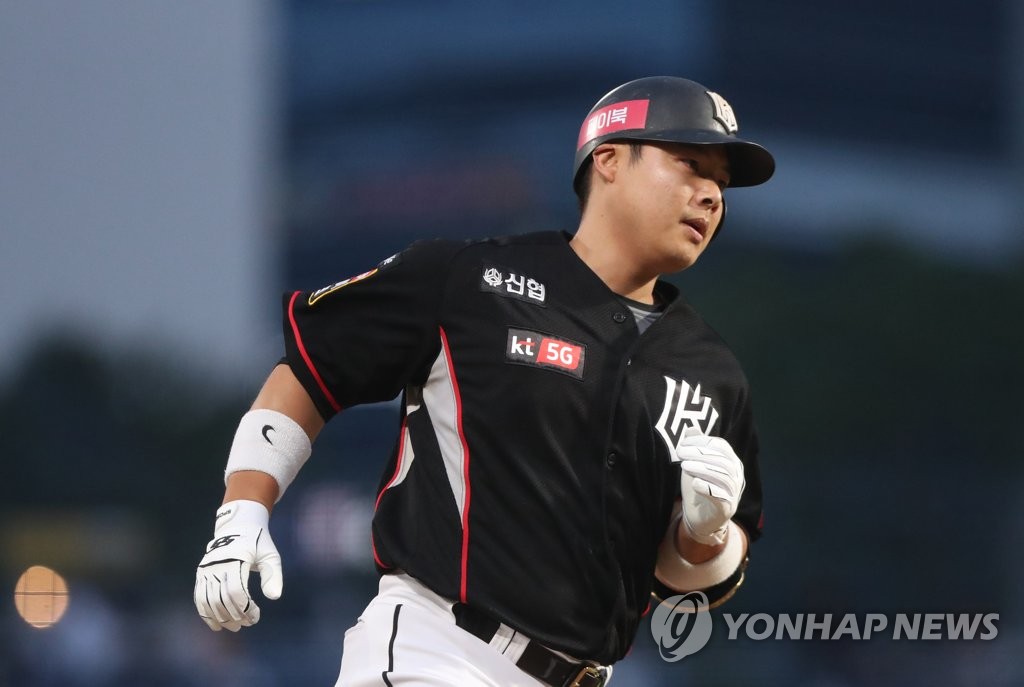 The Wyverns said they needed an infielder with some pop, and Yoon should bolster the team's offense right away.

Yoon is also the second 30-something slugger the Wyverns acquired this week, joining the 37-year-old Chae Tae-in, who was picked up in the secondary draft Wednesday.

The recent acquisitions indicate the Wyverns are in a full "win-now" mode. They won the Korean Series championship in 2018, but their title defense went awry in September this year as their bats went ice cold. They lost their grip on first place on the final day of the regular season, and they got swept in the second round of the playoffs.