SK Biopharmaceuticals said the FDA granted approval of XCOPRI, or cenobamate tablets, for the treatment of partial-onset seizures in adults.

This is the first time a South Korean pharmaceutical company has independently earned the FDA approval without partnering or licensing out. SK Biopharmaceuticals has been developing the anti-epileptic drug since 2001.

"This FDA approval is a major step toward our goal of becoming a fully integrated global pharmaceutical company that can discover, develop and deliver new treatment options for epilepsy and the central nervous system," Cho Jeong-woo, CEO of SK Biopharmaceuticals, said in a release.

With results from clinical trials on 2,400 patients in the world, SK Biopharmaceuticals submitted a new drug application for cenobamate tablets to the FDA last year.

XCOPRI is expected to be available in the United States in the second quarter of 2020, following a scheduling review by the U.S. Drug Enforcement Administration (DEA), according to the company.

Epilepsy is a common neurological disorder characterized by seizures. According to industry data, the global anti-epileptic drug market is expected to grow to US$6.9 billion in 2022, up 12 percent from last year. 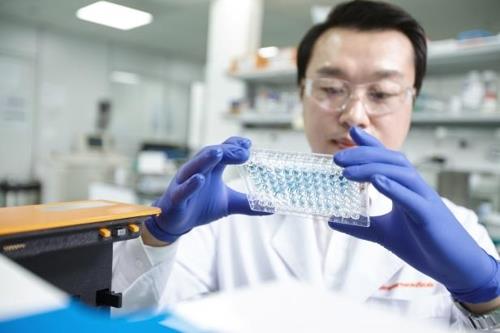