The shipments of SSDs by Korean companies in the January-September period stood at US$3.1 billion, down 46.9 percent from a year earlier, according to the Korea Electronics Association (KEA).

SSD is flash storage used in computers, which is smaller and faster than the traditional hard disk drive (HDD) made up of magnetic tape and other mechanical parts.

Exports of SSD fell sharper than the 35.9 percent dip of memory chips, which also experienced an industry-wide slump amid weak global demand.

Samsung Electronics Co. is the world's largest SSD maker with 30.6 percent market share in the second quarter, trailed by Intel with 17.4 percent and Western Digital with 11.2 percent, according to market researcher IHS Markit. 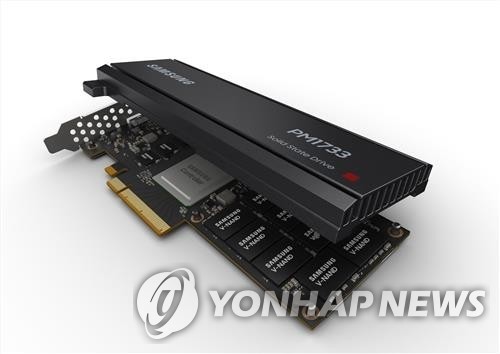