"Frozen 2" sold 606,816 tickets on the first day of its release Thursday here, debuting atop the box office, according to data by the Korean Film Council.

On Thursday, the film was shown on 2,343 movie screens across the country and ran 12,998 times, according to the data. This marked 63 percent of all the shows screened that day.

The film is sure to dominate over the weekend as well, with some 1.22 million seats for "Frozen 2" having been reserved. This marks 91.7 percent of all the theater tickets reserved.

The dominating debut nudged down the Korean crime title "Black Money" to No. 2.

As "Frozen 2" dominated local movie screens a day earlier, "Black Money" was allotted only 852 screens across the country, down from 1,141 the previous day.

Taking this as an unfair business practice, director Chung Ji-young of "Black Money" is planning to hold a press conference Friday to protest the film industry's monopolistic film distribution practice, which allows a few blockbuster titles to monopolize the majority of local screens. 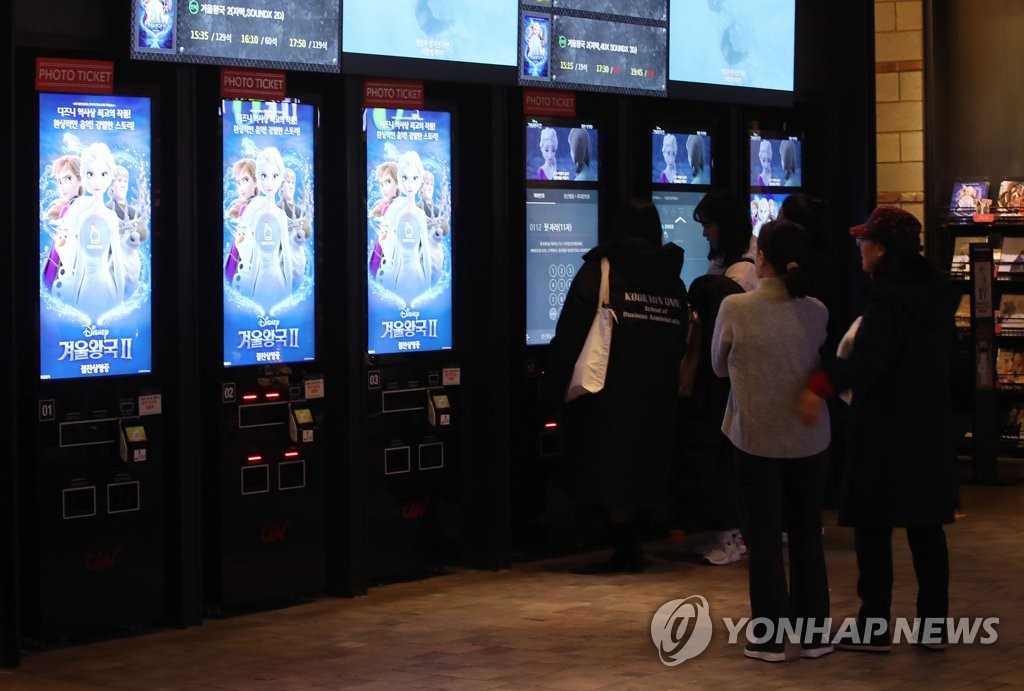