Three local carriers -- SK Telecom Co., KT Corp. and LG Uplus Corp. -- rolled out their 5G network in the nation in April, together drawing over 3 million subscribers in the first seven months of the launch.

Although the 5G commercial market rapidly grew on the back of new 5G smartphones, consumers have complained about the network's limited coverage, slower-than-expected speed and lack of differentiated content.

To address demand for better service, the carriers have jacked up investment to create various "killer content" available on mobile devices, including virtual reality (VR) and augmented reality (AR).

VR creates a simulated environment to create a new reality that doesn't exist, while AR creates digital objects in our own reality. The mixed reality content needs compatible devices, such as head-mounted displays and smart glasses, or smartphone applications.

On Tuesday, SK Telecom launched a VR zone in a partnership with major IT companies at home and abroad to provide various content available on its 5G network. 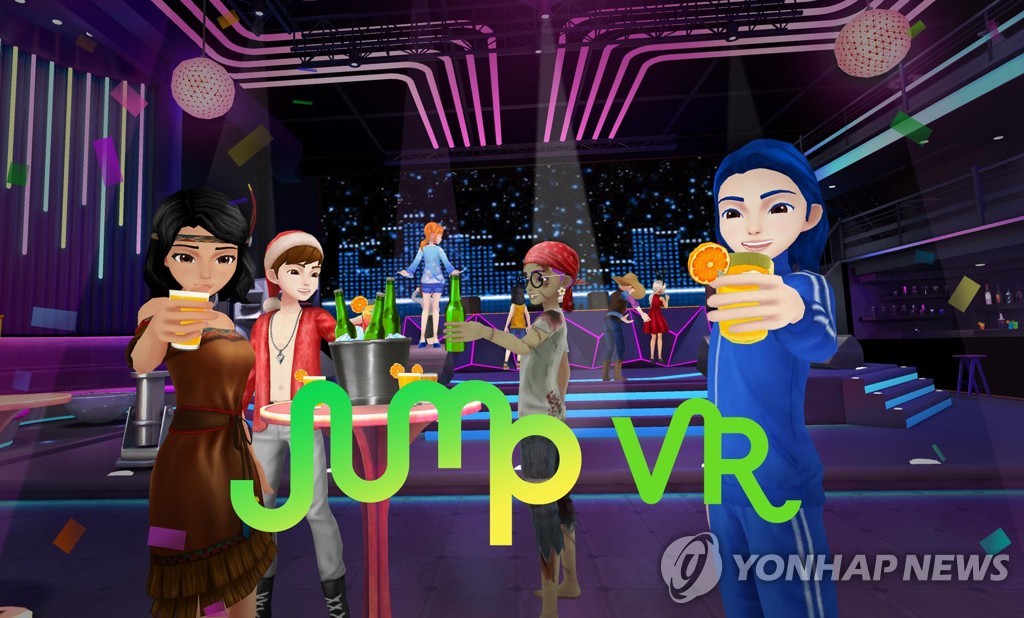 SK Telecom said it collaborated with social networking giant Facebook to launch the head-mounted display Oculus Go for 238,000 won (US$204) in the domestic market to allow users to enjoy its immersive content.

The company said it aims to increase the number of monthly VR users from the current 100,000 to 1 million next year by offering various content in partnership with other industry players.

In July, KT launched a high-resolution wireless VR media service to offer a wide range of immersive content for its premium users.

The telecom operator said its Super VR service will be available on Pico's G2 4K VR headset, the upgraded version of its 3K-resolution G2.

KT said it has increased the amount of 4K VR content to 450 games, videos and other media in partnership with various providers in entertainment, education and travel.

LG Uplus has signed an exclusive deal with Chinese startup Nreal to launch AR glasses in the domestic market in early 2020. Nreal Light is priced at US$499 and weighs 88 grams, much cheaper and lighter than Microsoft's Hololens and Magic Leap's AR glasses. 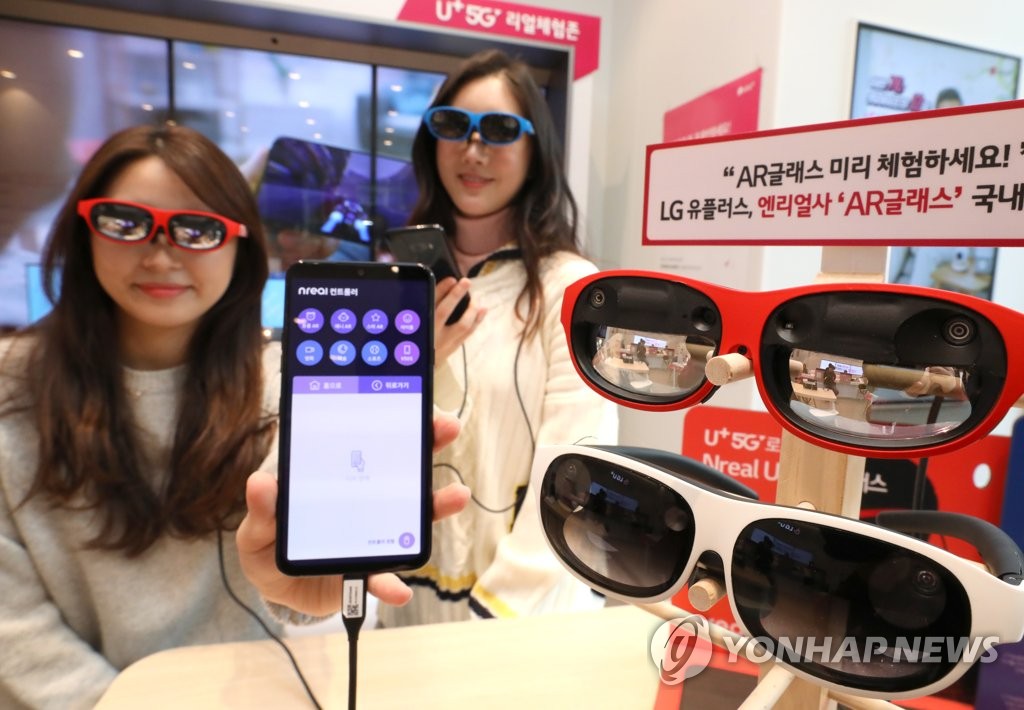 LG Uplus said it will run a test service on Nreal Light at its 35 outlets, as well as pop-up stores, over the next few months before commercializing it in the first half of next year.

In light of the partnership, LG Uplus said it will showcase a wider range of 5G-based mixed reality content, including telepresence, AR showrooms and 3-D AR educational content.