(ATTN: UPDATES with meeting with the firm's chairman, other details in last 4 paras; ADDS photo, byline)
By Lee Chi-dong

SEOUL, Nov. 22 (Yonhap) -- President Moon Jae-in celebrated the construction Friday of a new silicon wafer plant in South Korea by a Taiwanese firm's local unit, calling it a milestone in his country's efforts to diversify the supply channel of core strategic materials against Japan's export control.

His move came as a Seoul-Tokyo military information-sharing accord, called the General Security of Military Information Agreement (GSOMIA), is scheduled to expire at the end of the day. Seoul's decision not to extend GSOMIA is attributable to Tokyo's launch of the ongoing trade fight. 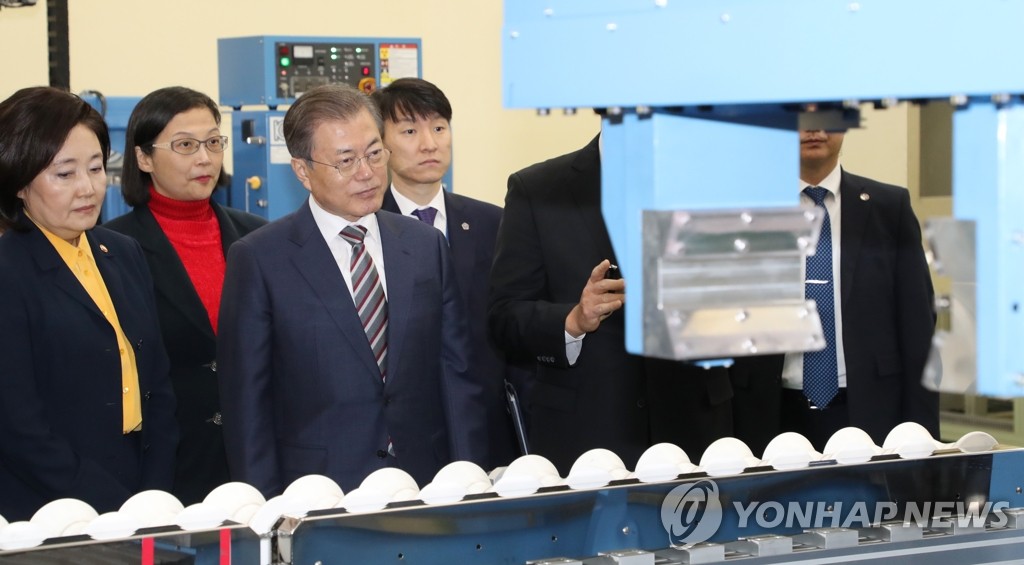 The Moon administration has redoubled a push to foster South Korea's production of industrial materials, components and equipment since Japan's export control imposed in early July.

South Korea is seeking to rely less on Japan for the supply of key items.

In another show of his administration's resolve, Moon visited Cheonan, some 100 kilometers south of Seoul, for the ceremony to mark the completion of the second silicon wafer plant of MEMC Korea Co., a subsidiary of Taiwan-based GlobalWafers Co., which is a leading silicon wafer supplier globally.

Moon noted the firms have made a "bold decision" to invest a total of US$460 million in South Korea by next year with the goal of doubling production through the second plant.

South Korea has been heavily dependent on imports for the supply of wafer, a core material in semiconductor production.

"(We) import 65 percent of silicon wafer. But if production is expanded at MEMC Korea's second plant, 9 percent of the imports can be replaced by domestic production," Moon said in a speech.

It would serve as a "very important chance" for increasing the indigenous production of the key chip material, he added.

Also significant is that a foreign-funded company has expanded its facilities here, showing that investing in South Korea is "attractive and safe," Moon added. 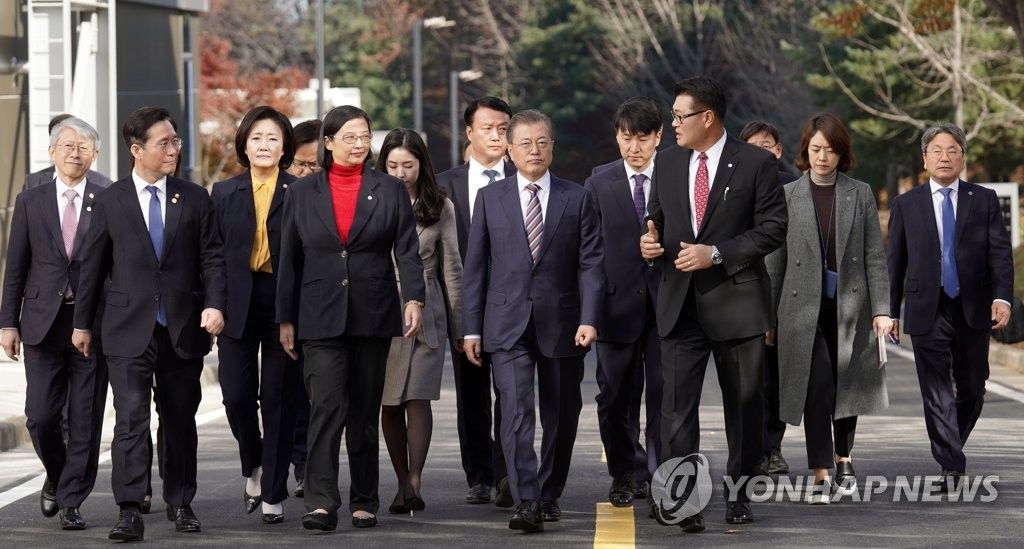 Moon also met with Doris Hsu, chairman and CEO of GlobalWafers. Hsu told Moon that Taiwan is maintaining close ties with South Korea "geographically and economically," according to a pool report.

She was quoted as adding that it was an optimal choice to invest in South Korea.

It was the first time that Moon visited a foreign-funded company operating in South Korea since his inauguration in May 2017.

Holding a meeting with foreign business leaders here in March, Moon said, "We are in the same boat," and requested more investment.