SEOUL, Nov. 22 (Yonhap) -- South Korea announced a decision Friday to suspend the expiry of a military information-sharing accord with Japan, saying the two sides have narrowed some differences in their monthslong trade fight.

The announcement was made six hours ahead of the accord's expiry, scheduled for 12 a.m. Saturday.

A key condition is that South Korea can terminate the General Security of Military Information Agreement (GSOMIA) at any time it wants, according to Kim You-geun, deputy director of Cheong Wa Dae's national security office.

With Friday's deal, the two sides bought more time to negotiate for a resolution to pending issues. 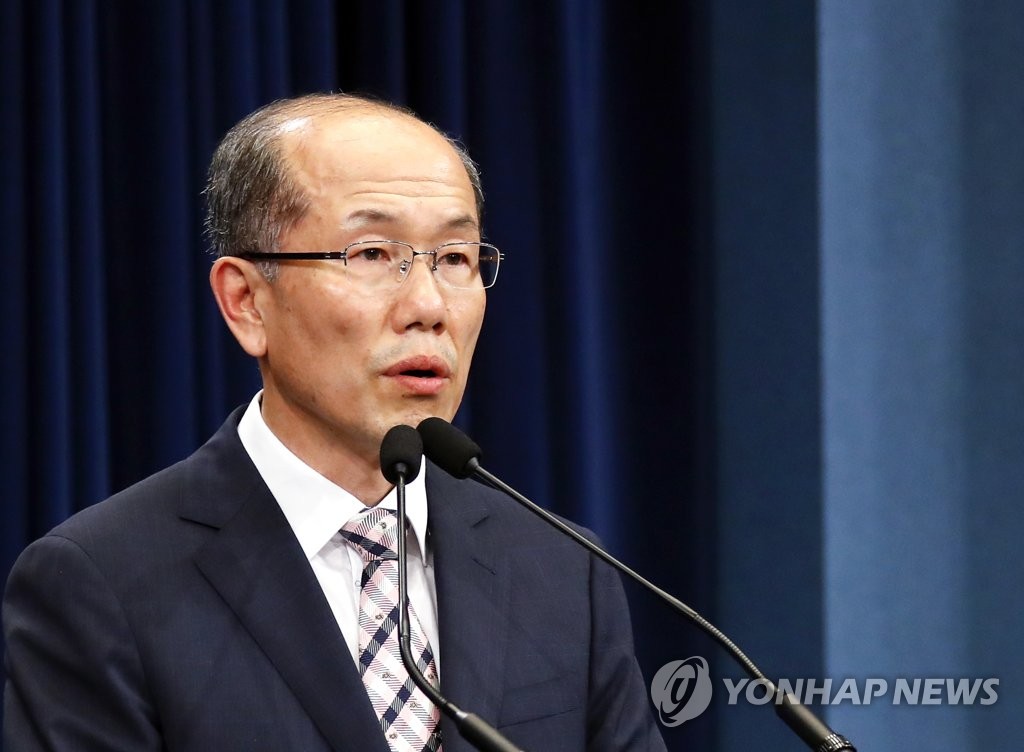