MOSCOW, Nov. 22 (Yonhap) -- A senior North Korean official said Friday that the U.S. should take responsibility if the chance of diplomacy on the Korean Peninsula disappears due to a lack of action by Washington.

First Vice Foreign Minister Choe Son-hui made the remarks after meeting with Russia's Deputy Foreign Minister Igor Morgulov in Moscow. She was in Moscow for their strategic cooperation on regional and international matters.

"If the United States does not take corresponding steps so that the chance of diplomacy on the Korean Peninsula disappears, I think the responsibility should lie squarely with the U.S.," Choe told reporters.

"We have given time and taken measures to build trust but there have been no corresponding measures in return. The only thing we have received was a sense of betrayal," she added.

Her remarks come as Pyongyang has been ramping up demand for Washington to drop its hostile policy and come up with an acceptable proposal before the end of this year, a Pyongyang-imposed deadline.

Denuclearization talks have been stalled since the second summit between North Korean leader Kim Jong-un and U.S. President Donald Trump in February broke down as they failed to find common ground over how to compensate Pyongyang's denuclearization.

Earlier this week, South Korea and the U.S. announced the postponement of their planned combined military exercises as an "act of goodwill" aimed at bolstering diplomacy over North Korea.

On Wednesday, Choe, who is considered leader Kim's key nuclear strategist, reiterated Pyongyang's position, saying that denuclearization can be discussed again only when the U.S. drops all hostile policies against the North. 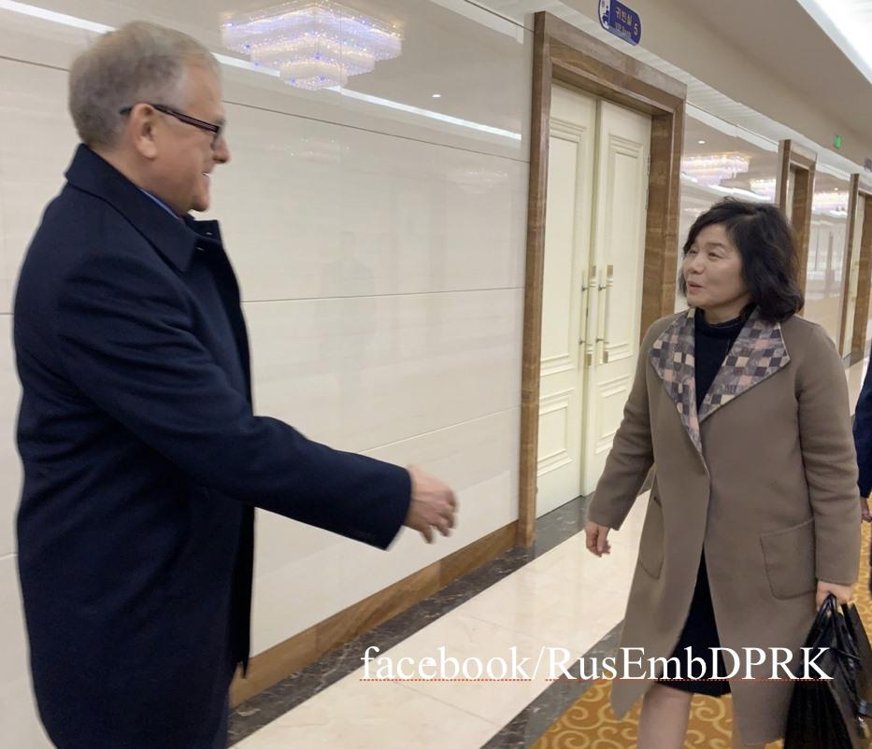