Choe met with Russian Vice Foreign Minister Igor Morgulov in Moscow on Friday and exchanged views on the situation on the Korean Peninsula and in the region, according to the Korean Central News Agency.

"(They) mentioned the need for the DPRK and Russia to intensify strategic communications and cooperation," the report said. DPRK stands for the North's official name, the Democratic People's Republic of Korea.

On Thursday, Choe also met with Russian Vice Defense Minister Alexander Fomin, according to the report.

Choe arrived in Moscow on Tuesday for the first round of strategic dialogue between North Korea and Russia, which was launched after the first summit between Kim and Russian President Vladimir Putin in April.

She has also met with other senior Russian officials, including Russian Foreign Minister Sergei Lavrov, during her trip there.

Her Moscow visit comes amid Pyongyang's ramped-up pressure on Washington to come up with a new proposal for their denuclearization negotiations that remain stalled since the breakdown of the Hanoi summit between Kim and U.S. President Donald Trump in February.

The two sides held their last working-level talks in Stockholm in early October, but the meeting ended without much progress, with the North accusing the U.S. of failing to come up with a new proposal. 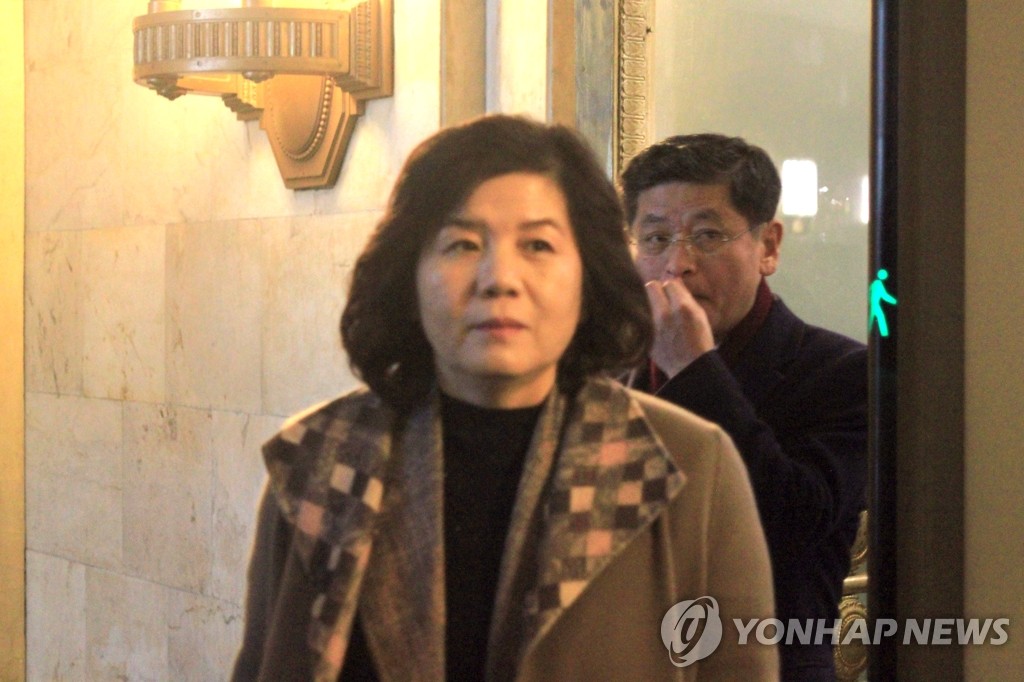