It was the first time that a South Korean painting had fetched more than 10 billion won in an auction.

Measuring more than 2.5 meters in height and width, "Universe," a painting of blue dots, was the biggest work by Kim that had been put up for auction so far.

According to the Christie's website, Kim (1913-1974) is hailed as one of the pioneers of abstract painting in Korea.

To create works like "Universe," Christie's said, "The artist had to stand for many hours and look down upon a canvas laid on a table, bending over to mark each calligraphic dot while carefully controlling the paint with a thin ink brush." 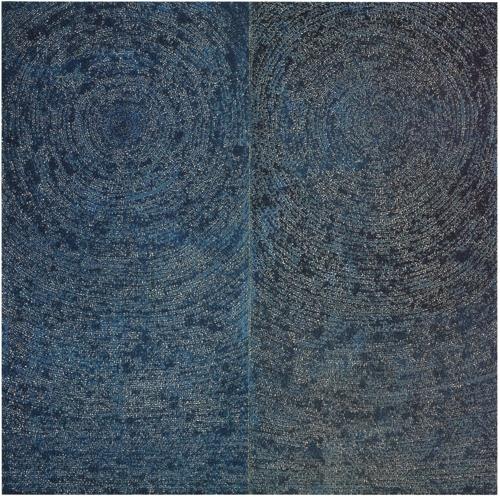