BUSAN/SEOUL, Nov. 24 (Yonhap) -- South Korea began the construction of a major "smart city" Sunday in its southern port of Busan, where all infrastructure facilities will be maintained and controlled based on big data collected through internet of things sensors.

President Moon Jae-in attended the groundbreaking ceremony for the Busan Eco Delta Smart City (EDC), along with several ASEAN leaders, on the eve of the opening of the ASEAN-Republic of Korea Commemorative Summit in the city,

The ground-breaking ceremony bore the slogan "Smart City Together With ASEAN." 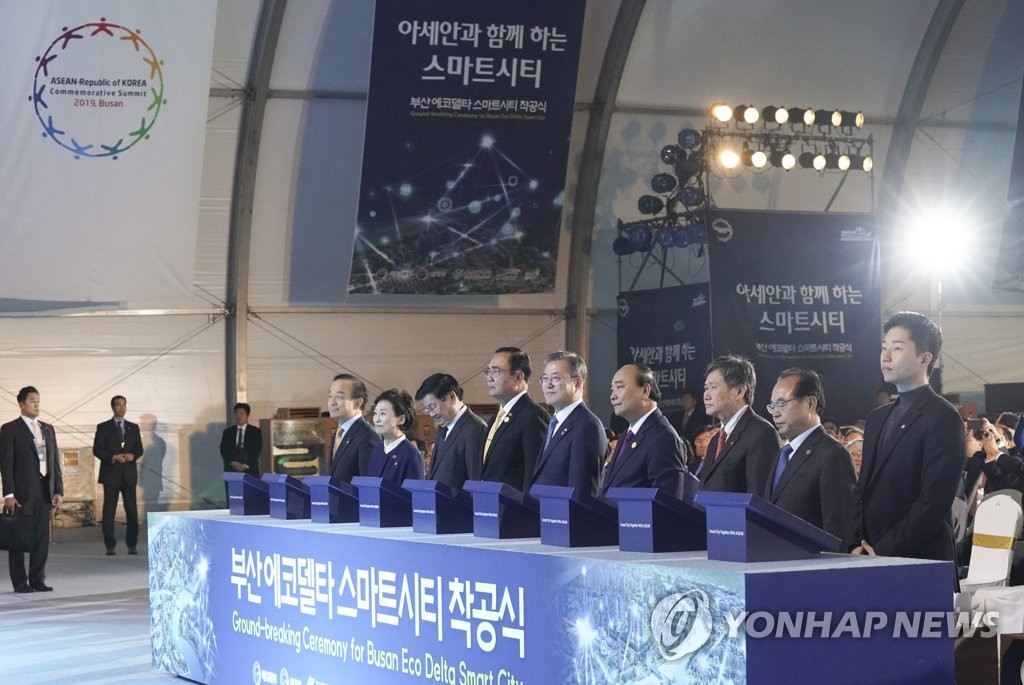 South Korea has lots of experience in the development of cities such as Busan, the population of which has soared from 280,000 in 1945 to 3.5 million today.

Moon said South Korea is pushing for a "new approach" to resolve various side effects of the rapid growth of cities.

"(The intention) is to lay out new future cities to resolve urban problems and serve as a platform for innovative growth on the basis of the fourth industrial revolution technology," he said in a speech.

The Busan Eco Delta Smart City is one fruit of the project as it becomes a reality, he added. 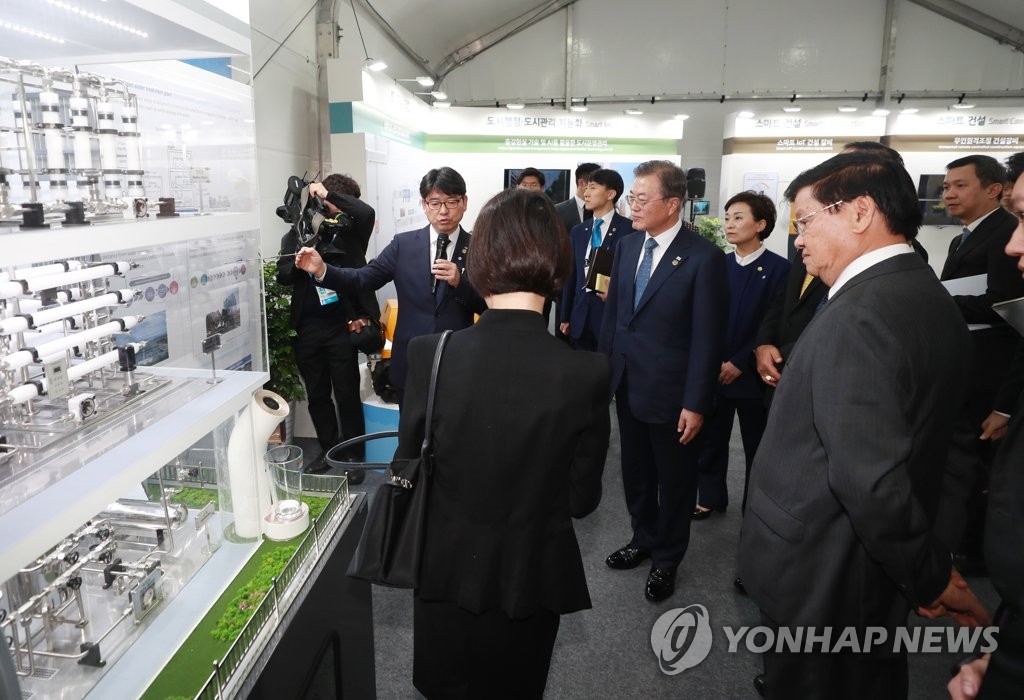 "South Korea will work with the cities of ASEAN. We will share the experience on the construction and operation experience of the Busan Eco Delta Smart City and establish a cooperative work system with ASEAN cities," he added.

To be built on a 2.8-square-kilometer area of land in western Busan by 2024, the smart city is expected to serve as a cluster for five innovative projects. 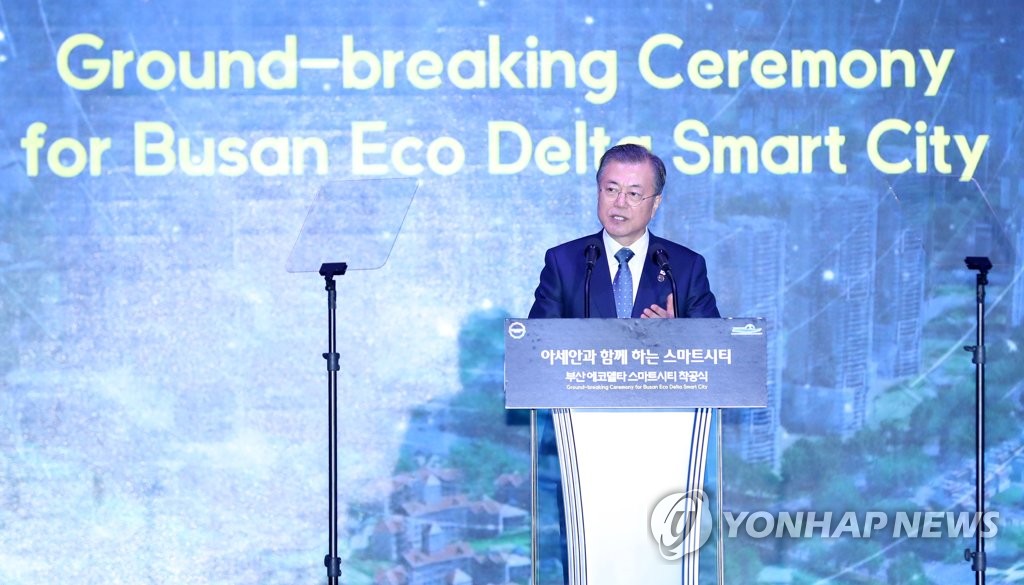 Big data, the internet of things, artificial intelligence (AI) and robots will be utilized to improve the quality of residents' lives and tackle urbanization challenges, according to the Ministry of Land, Infrastructure and Transport.

In January last year, South Korea's transport ministry designated EDC and a residential sector in Sejong, the country's administrative hub, as the nation's two pilot smart cities. The Sejong smart city project has yet to take off.

EDC will focus on water management and recycling services as well as robotics services for delivery, facility checking, crackdowns on illegal parking and measurement of fine dust, the ministry said.

The government will have 56 households move into EDC's residential complex at the end of 2021, while speeding up the construction of infrastructure required to apply the cutting-edge technologies, it said.

"As smart infrastructure and innovative technologies will be applied to the Busan smart city from the outset, it will help resolve energy, traffic, safety and environment issues involving rapid urbanization," a ministry official said.

Thailand's Digital Economy Promotion Agency and Singapore's urban and infrastructure consultancy Surbana Jurong showed their interest in the Korean smart city project, according to the ministry.

On Saturday, Moon and Singapore's Prime Minister Lee Hsien Loong signed a deal in Seoul to strengthen partnerships in various fields that include smart cities.

As ASEAN nations' urbanization ratio jumped to 48 percent, or 310 million people, in 2017 from 18 percent, or 40 million, in the 1960s, demand for advanced smart infrastructure in cities has been on the rise.

As a result, they gathered in Singapore in November last year to launch an ASEAN smart city network aimed at transforming 26 ASEAN cities into smart cities, it said.

To win smart city projects in the region, Seoul has signed initial deals with Indonesia, Malaysia, Singapore and Thailand and is in talks with Brunei and Cambodia for the projects.
lcd@yna.co.kr