The South Korean tech giant's 88-inch OLED 8K TV was selected as one of "The 100 Best Inventions of 2019," according to the weekly magazine, which called the product the "TV of the future."

LG Electronics was the only South Korean firm to be mentioned in the list of 100 products.

"LG's display is the first 8K TV with OLED technology, which allows for a higher-contrast picture and a thinner display," Time said in its report.

The product was first released in South Korea in July and gradually reached the North American and European markets starting in the fourth quarter. 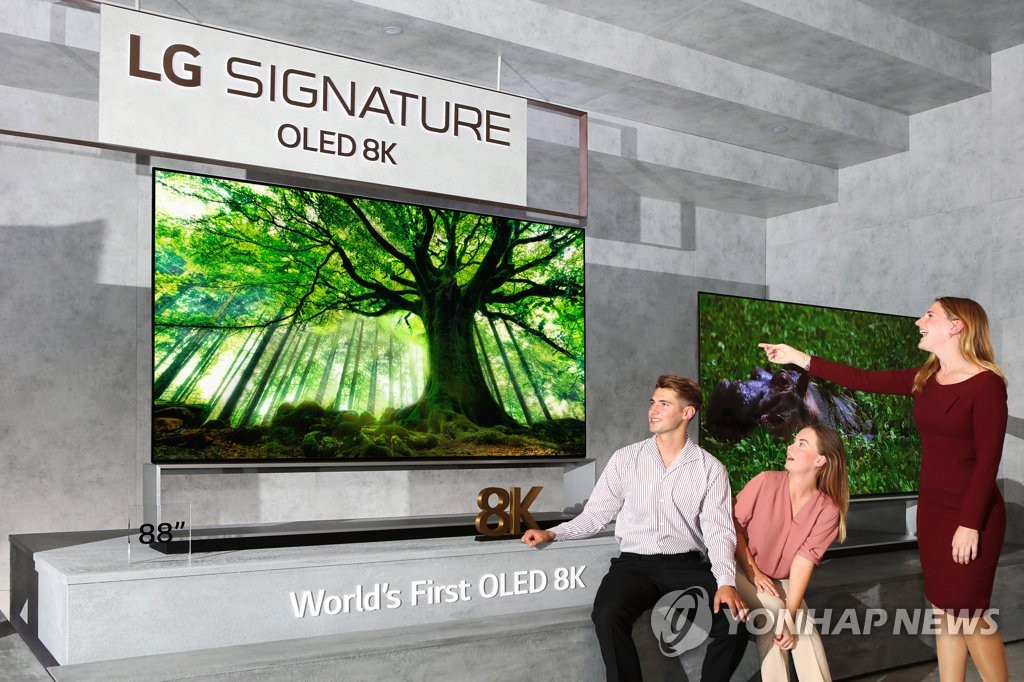