"Due to Cambodian PM Hun Sen's absence at the Korea-ASEAN special summit, the summit meeting between South Korea and Cambodia has been canceled," presidential spokesperson Ko Min-jung said in a text message sent to the media.

The bilateral summit was scheduled for Monday, the first day of the two-day ASEAN-Republic of Korea Commemorative Summit. But the Cambodian leader has reportedly given notice of his decision not to attend the ASEAN summit as his mother-in-law was in a critical health condition.

The summit will now bring together the top leaders of nine other ASEAN countries. Moon's plans to hold bilateral talks with them remain unchanged.

South Korean Foreign Minister Kang Kyung-wha will instead host talks with Cambodian Foreign Affairs Minister Prak Sokhonn, who will be representing Cambodia during the two-day event, according to the presidential spokesperson.

Breaking the news, the Cambodian leader said in his Facebook message, reported by the English-language Khmer Times, that, "I must fill my duty as a son. I have no other choice beside seeking for the understanding from Korean President Moon Jae-in and Thai Prime Minister Prayut Chan-o-cha and leaders of countries within ASEAN for missing these important meetings." 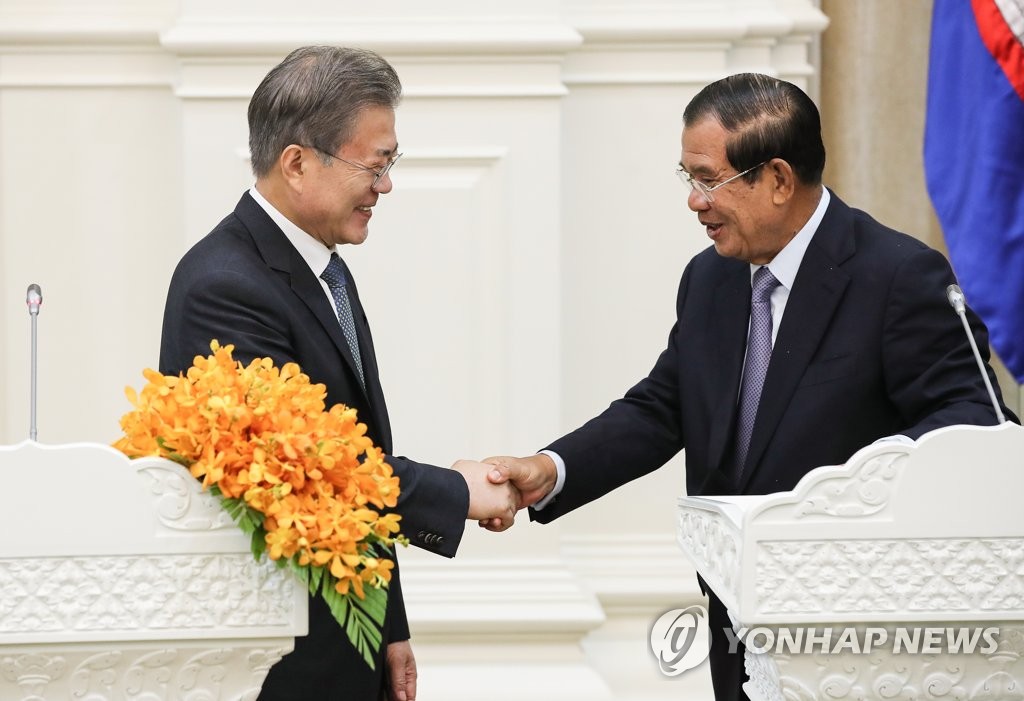