"Frozen 2" sold 1,661,967 tickets on Saturday alone after it was released in South Korea last Thursday to top the Korean box office on the very release day, according to the data from the Korean Film Council.

The Saturday daily sales were only 502 tickets less than the highest local one-day sales record of 1,662,469 set by "Avengers: Endgame" on April 28.

Since the release day, when 606,816 ticket sales were registered, "Frozen 2" has so far sold more than 4 million tickets as of early Sunday afternoon, less than four days since its release, according to the box office data.

As of Saturday, the animation film dominated 2,642 local movie screens, running a total of 16,220 shows on the single day.

This means slightly more than 73 out of every 100 films screened on Saturday were "Frozen 2." 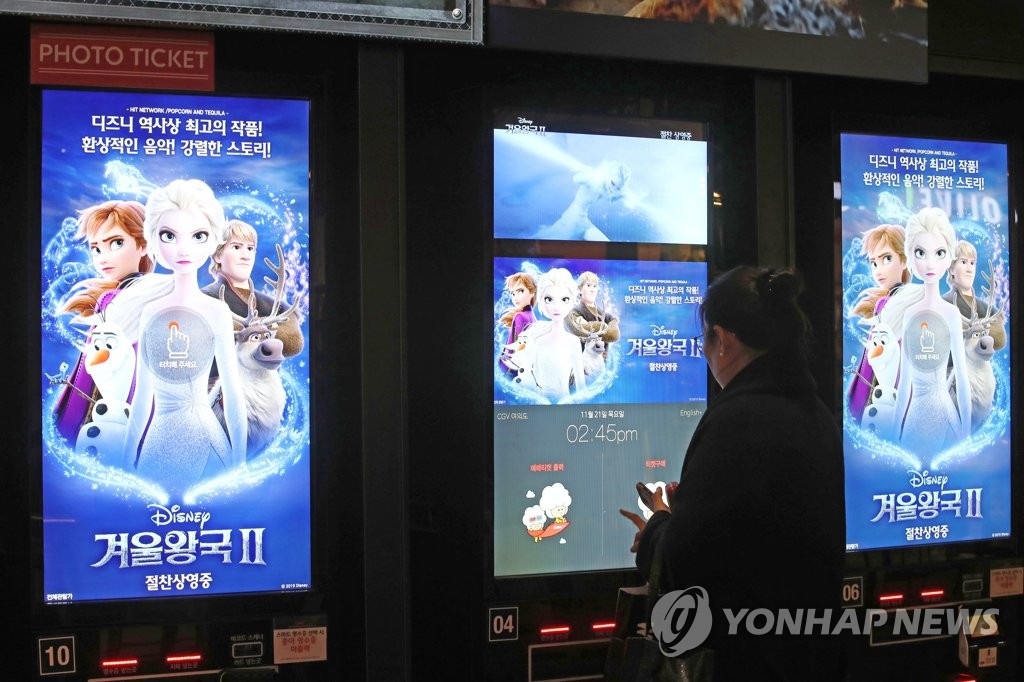 The overwhelming domination of local screens by "Frozen 2" is, meanwhile, rekindling a local controversy over blockbuster titles' screen domination after the latest "Avengers" film with a corresponding domination rate of 73.4 percent led to government policy efforts to put a cap on the number of screens that can be allotted to a single film.

His crime film, since its release on Nov. 13, was allowed up to 900,000 screen seats available for purchase per day, or some 31 percent of all the screen seats, before the release of "Frozen" cut them down to one-third of the amount.

Taking this as an unfair business practice, Chung and a group of filmmakers protested the film industry's monopolistic film distribution practices, which allow a few blockbuster titles to monopolize the majority of local screens.

Well aware of such recurring protests, South Korea's Ministry of Culture, Sports and Tourism said last month it is seeking to put a ceiling on the number of movie screens a single film can take up at a time in a bid to prevent a screen monopoly by big-budget blockbusters. 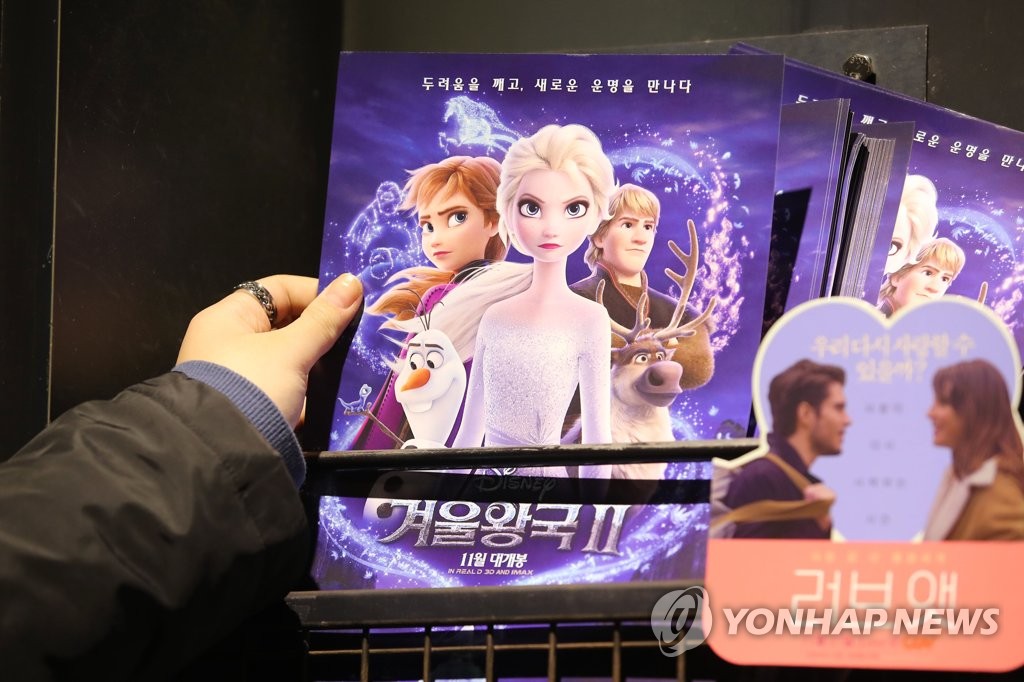